N(h)ar is a four-metre high steel artwork created by I+A, a collective of architects, artists and technologists based in Malta. It is one of sixteen artworks shortlisted for the landscaped areas of Infrastructure Malta’s road projects, following an international competition held in collaboration with Spazju Kreattiv in 2020. 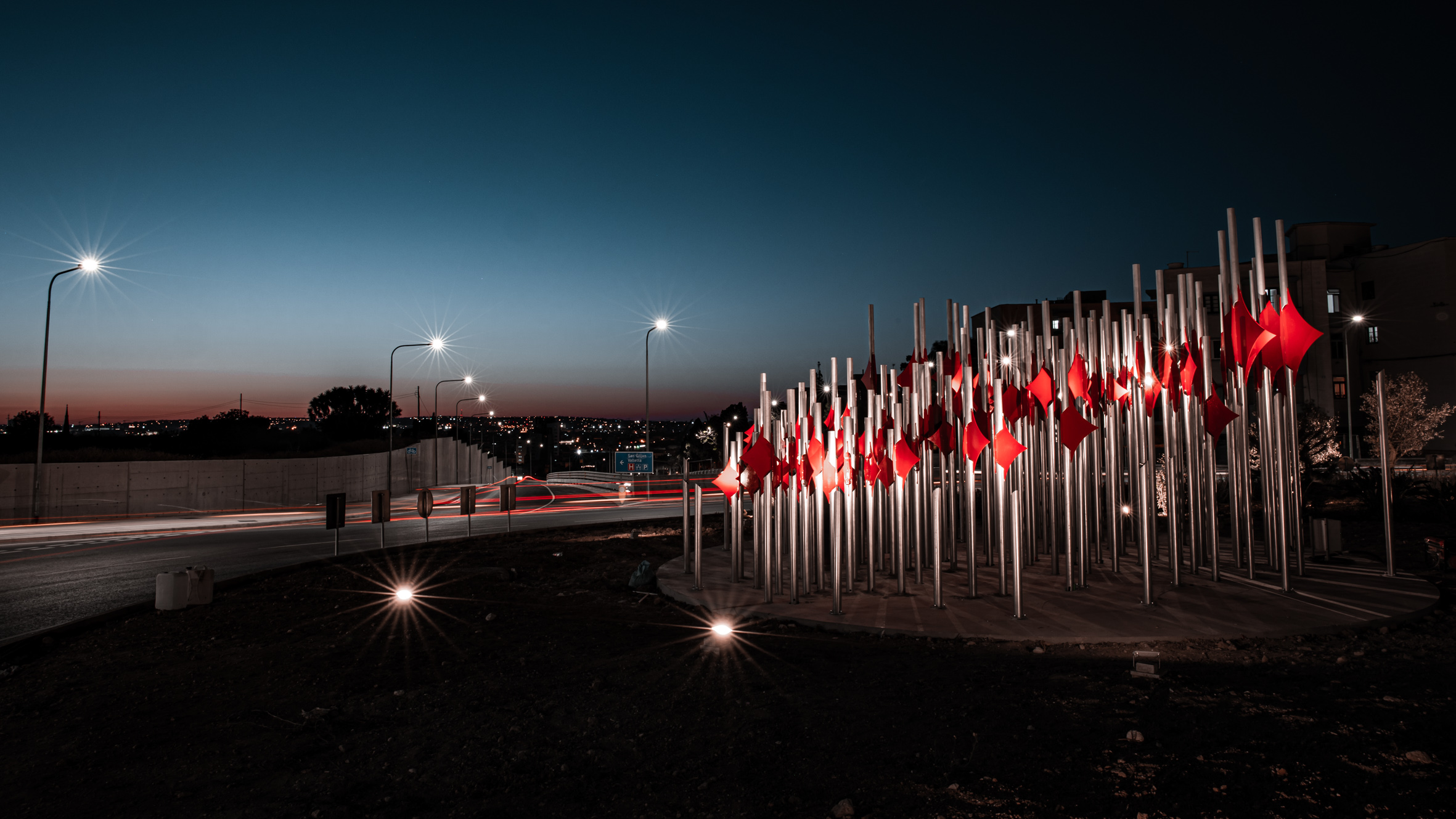 The artwork’s name combines two homophonous Maltese words - “Nar” meaning fire and “Nhar” meaning day. Ancient civilisations saw fire as a gift from the gods and some attributed it to the sun god, believing the sun to be a ball of endless fire. This symbolism associated with fire and daytime persists today, with fire and day as a metaphor of progress, hope, and with darkness as a symbol of uncertainty.

The artwork includes 120 steel pillars, emerging from the ground and rising to different heights, as if they are fragments of a liquid fire. At night, the pillars light up like rays of hope.

Infrastructure Malta commissioned the production of this artwork towards the end of 2020. I+A coordinated a team of metal workers to fabricate, galvanise and spray the artwork’s steel components in two workshops in Xghajra and Kordin. 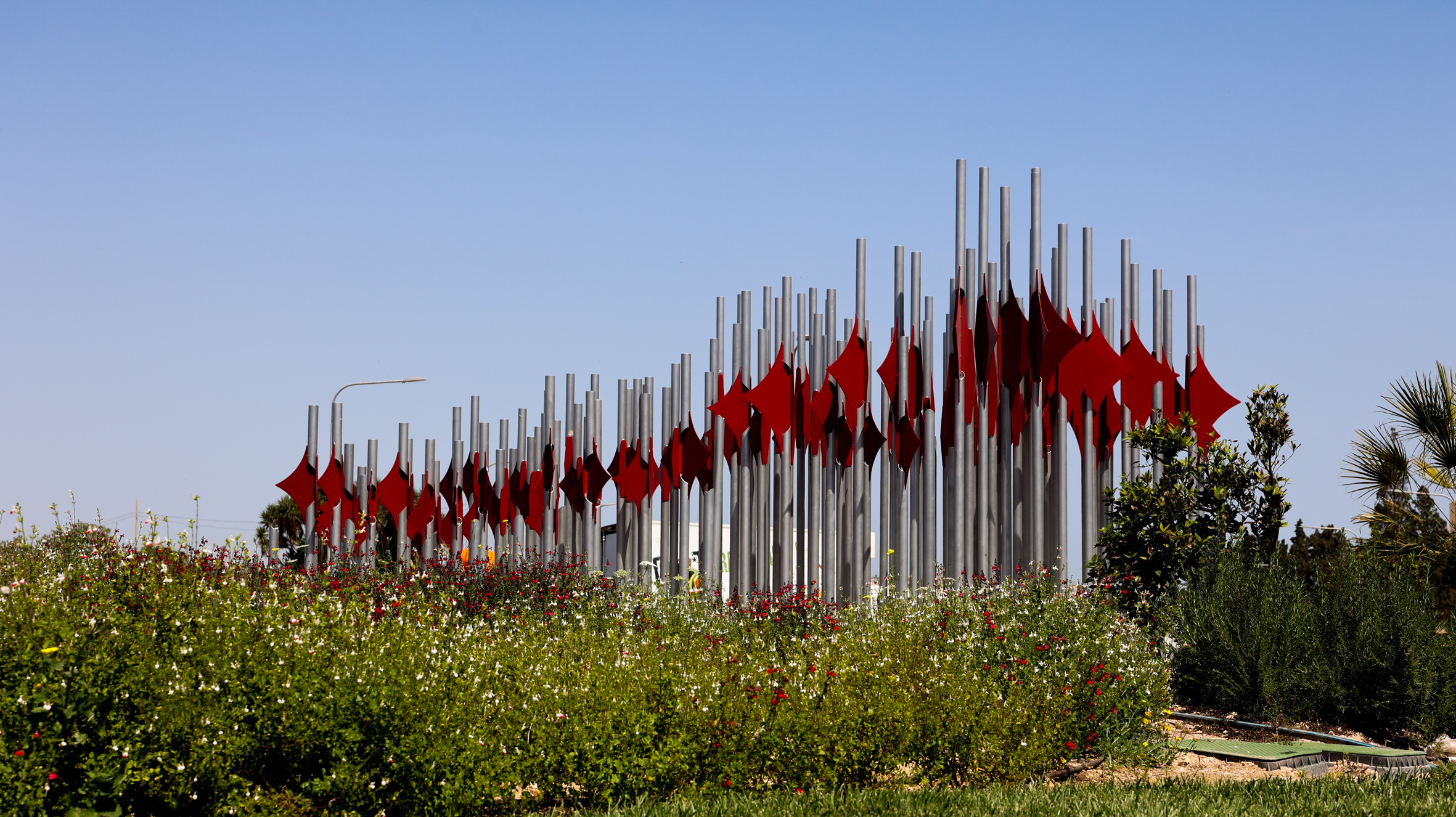 In the meantime, Infrastructure Malta cast the concrete base of this artwork, at the roundabout above the new underpass connecting Tal-Barrani Road with Santa Lucija Avenue and completed the embellishment of this area with several new trees and shrubs. N(h)ar started taking shape in April, when the artists assembled the first set of pillars. The agency completed the electrical works to illuminate the artwork this week.

N(h)ar is the fifth public artwork commissioned for the embellishment of Infrastructure Malta’s road projects. The four winning entries of last year’s public art competition in collaboration with Spazju Kreattiv are being installed in the landscaped areas of the Marsa Junction Project. Two of these artworks, Tipping Point, by the Cypriot metal artists Alex Welch and Sema, another submission by I+A, are already in place, whilst Ascension, by Mizzi Studios, and Tisliba, by Gozitan ceramicist Paul Haber, will be installed in the coming weeks.

As part of its ongoing initiative to incorporate public art in its road projects, last year Infrastructure Malta also collaborated with the MCAST Institute for the Creative Arts to introduce Malta’s first outdoor art gallery, an alternative exhibition space amidst the new green walls of the Marsa-Hamrun Bypass. Similar collaborations with other artistic educational institutions are being planned for other locations.