Infrastructure Malta lifted the new Corradino bridge for pedestrians and cyclists into place on Thursday night.

The bridge spans 25 metres over Dom Mintoff Road, formerly known as Corradino Hill, to create a safer link between Corradino’s residential and industrial areas and the MCAST Campus on one side and the centre of Paola on the other. Currently, to reach these locations, pedestrians, bus commuters and cyclists must cross several arterial roads and walk on narrow footpaths with limited accessibility, alongside moving traffic. 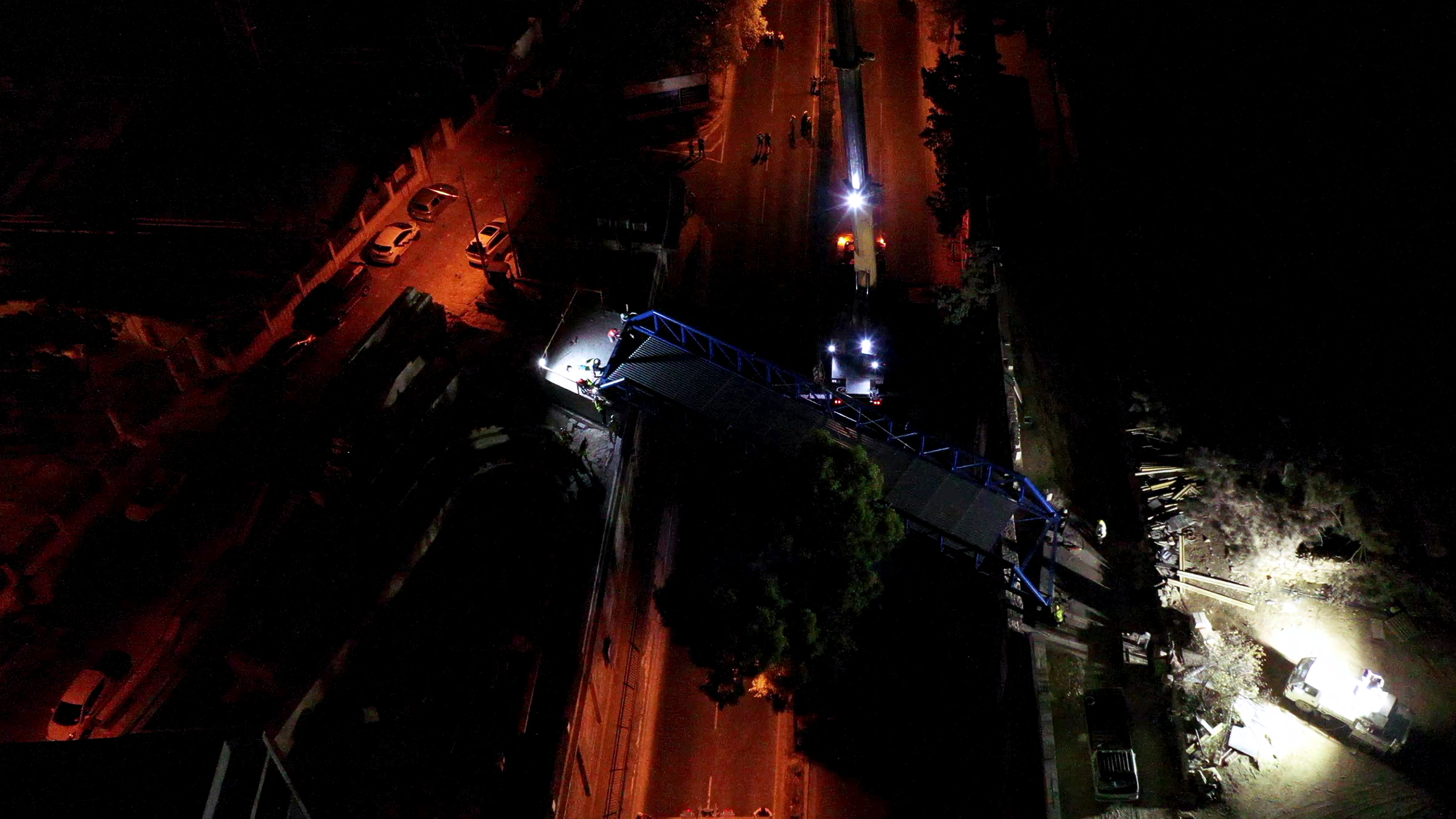 Earlier this year the project contractors started building the bridge abutment structures and access ramps over the road’s high boundary walls. A team of welders fabricated the steel superstructure in a workshop in Italy. It was then shipped to Malta in sections and reassembled in a nearby location last month.

On Thursday night, workers transported the 16-tonne structure to Dom Mintoff Road, where they used a large telescopic crane to lift and position it on the new abutments. Final works to complete the bridge and all related infrastructure will continue in the next few months. 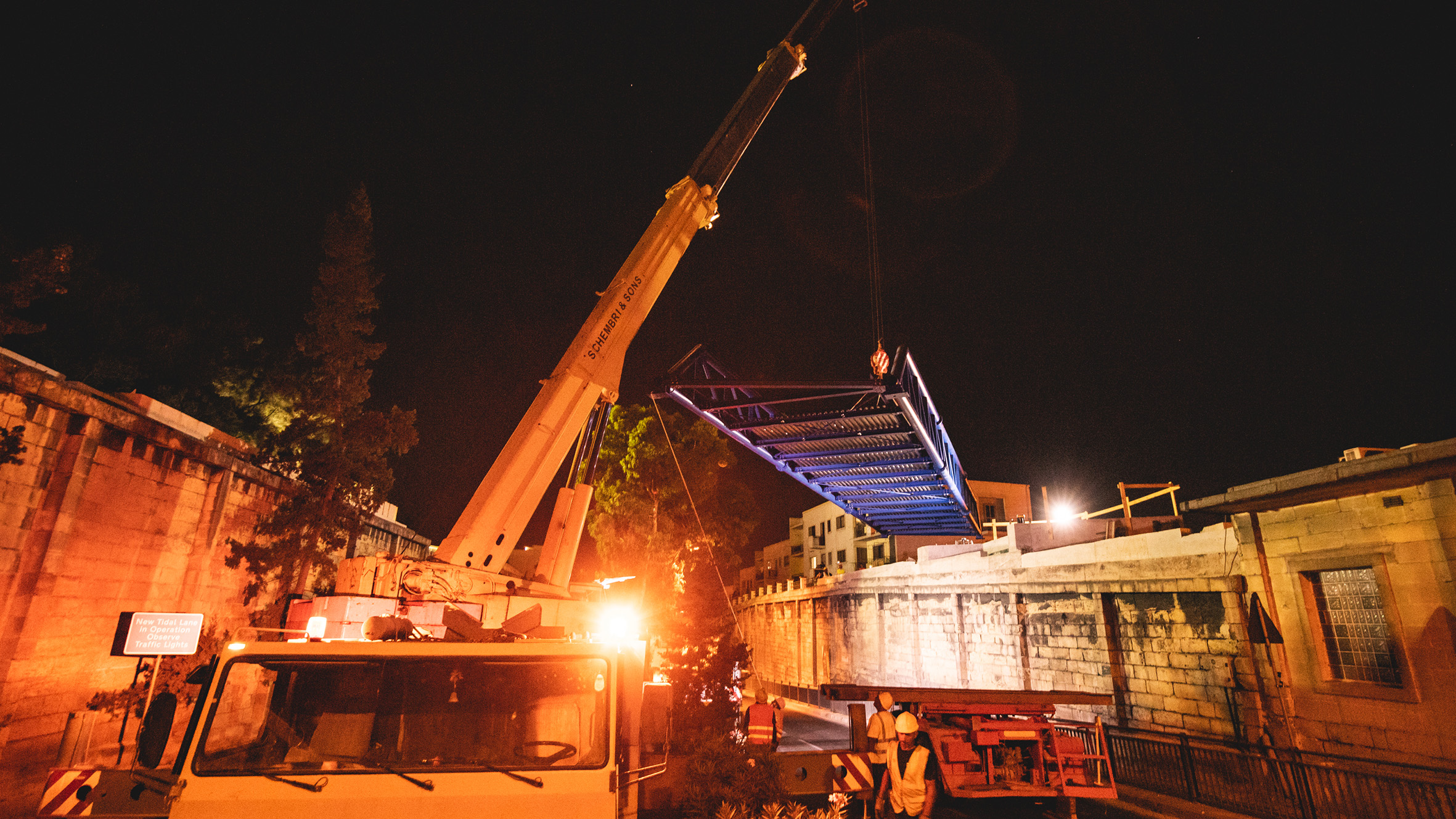 Infrastructure Malta is planning to complete this €1.6 million project by the end of the year. It will be the third bridge for pedestrians, bus passengers and cyclists that the agency is adding to the Maltese road network in 2020, following the opening of a similar structure in L-Avjazzjoni Avenue, Luqa in June and another one in San Gorg Preca Road, Blata l-Bajda, last month.

The Dom Mintoff Road bridge will reconnect families living in the Corradino residential area with the central part of Paola. It also opens a quicker and safer route for thousands of students who walk, cycle or use public transport to get to the Malta College of Arts, Science and Technology (MCAST) and to the Mariam Al Batool School further up the hill. The bridge will improve access to the Corradino Industrial Zone as well as to the mosque and the church in the same area. 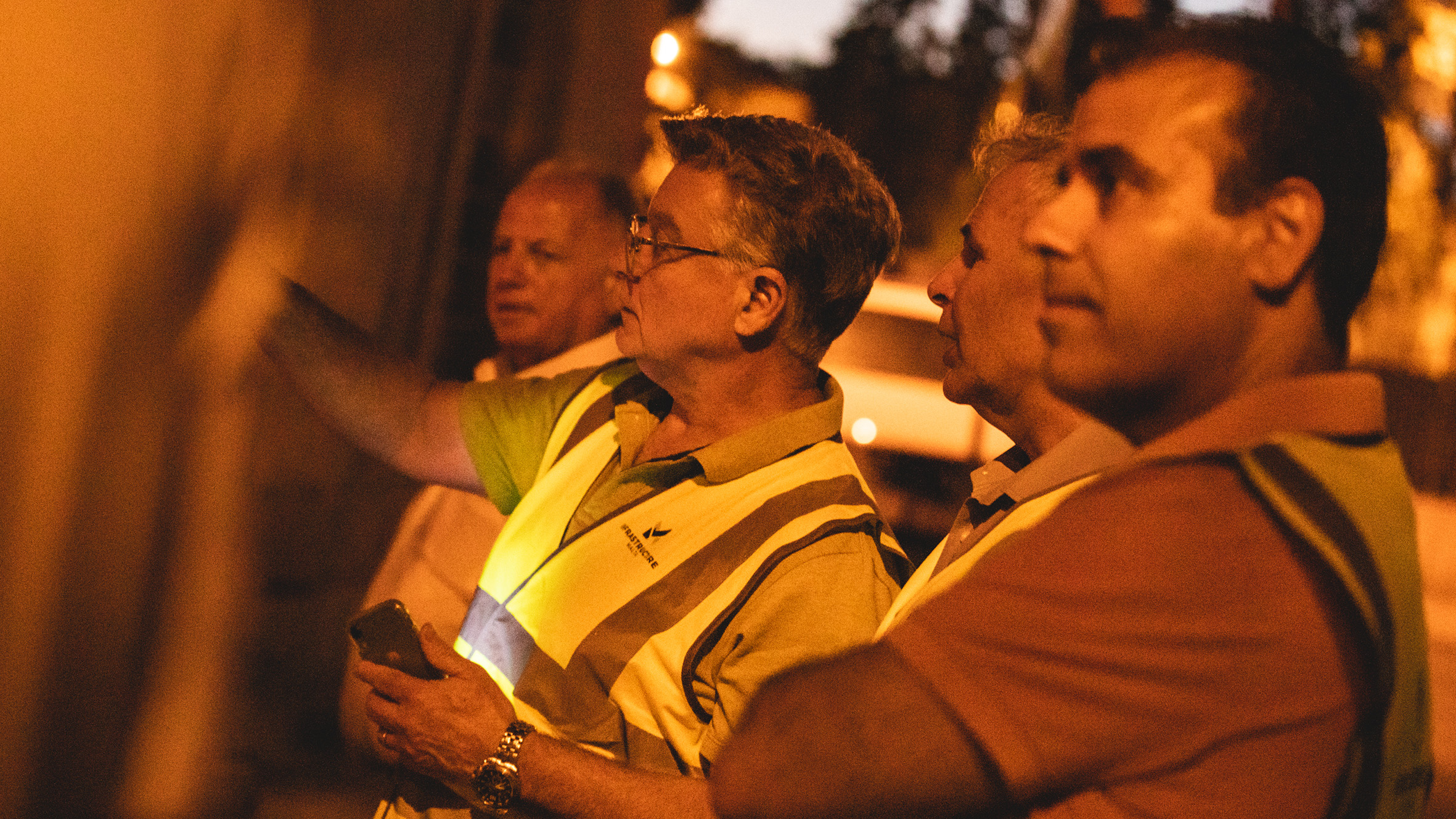 The access ramp at the Corradino end of this overpass rises from a small plot of disused land between Dom Mintoff Road and Corradino Street, opposite the MCAST Campus. The bridge spans across the road to the Mediterranean Gardens, located at an elevated position several metres above the same thoroughfare.

The bridge’s 3.5-metre deck and its access ramps were purposely designed to be comfortable and accessible to all road users. At the Corradino side, the bridge will also have a lift. As part of this project, Infrastructure Malta is forming a new pedestrian and cycling path in the Mediterranean Gardens area. This passageway will link the bridge to the existing bus laybys in Paola Hill, the road leading to the centre of this locality. The bridge and the new path will include lighting systems and surveillance cameras to ensure the safety and security of commuters. 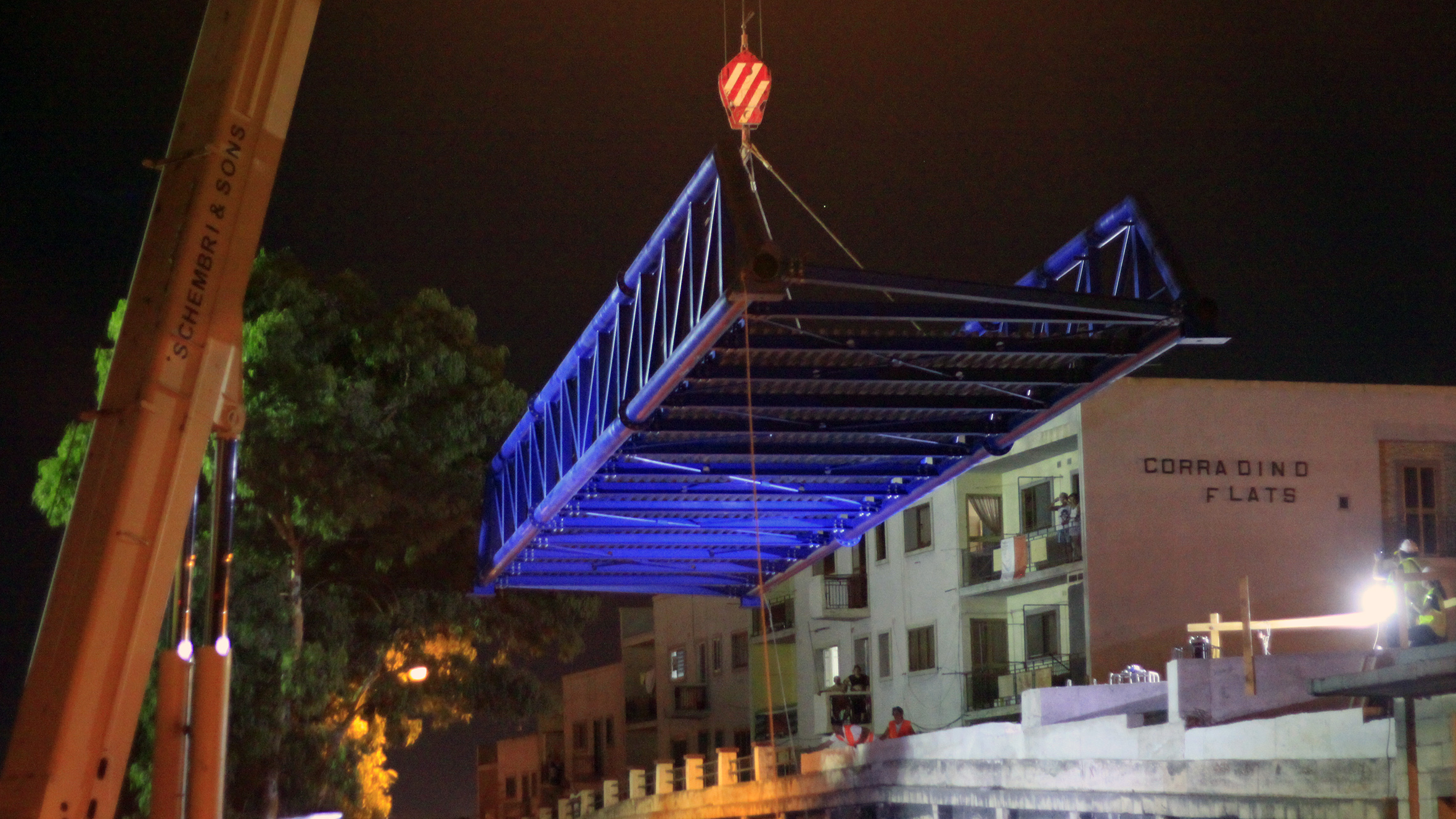