Infrastructure Malta is excavating the new underpass of the Kirkop Tunnels and Airport Intersection Project (KTAIP), an €18 million investment for quicker and safer connections to Luqa, Gudja, Birzebbuga, Kirkop, Mqabba, Qrendi, Zurrieq, Safi and other nearby areas.

This project includes the redevelopment of the Gudja roundabout to introduce a new underpass to Birzebbuga, a flyover to the Kirkop Tunnels and new facilities for alternative modes of travel. It will also improve access to the Malta International Airport and to the Malta Freeport, two strategic locations for many economic sectors. 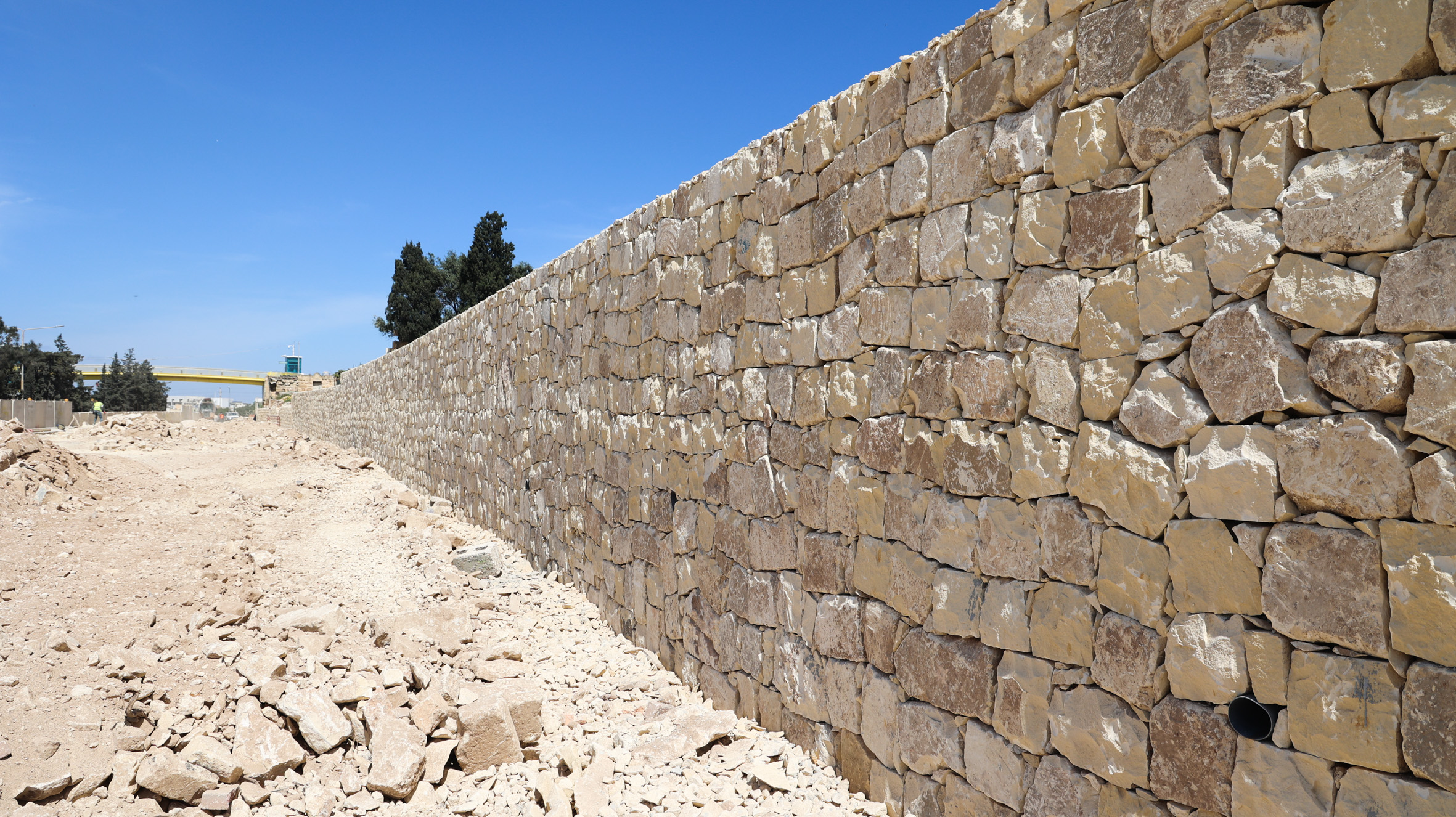 Infrastructure Malta started this project in January, as soon as it concluded the €20 million Santa Lucija Roundabout Underpass and the main works of the €70 million Marsa Junction Project, another two major infrastructural investments in southern Malta. During the last six months, workers started laying the foundations of the project’s new roads, using 420 tonnes of precast blocks and 560 tonnes of poured concrete. They also built over 300 metres of retaining and boundary walls and 330 metres of new footpaths. More footpaths and cycle lanes will be ready in the coming months.

The project will also overhaul the area’s underground services networks, including 10 kilometres of new electricity cables, Internet and other telecommunication services cable ducts, water mains, sewers and stormwater pipelines. Approximately 20% of these networks are ready. 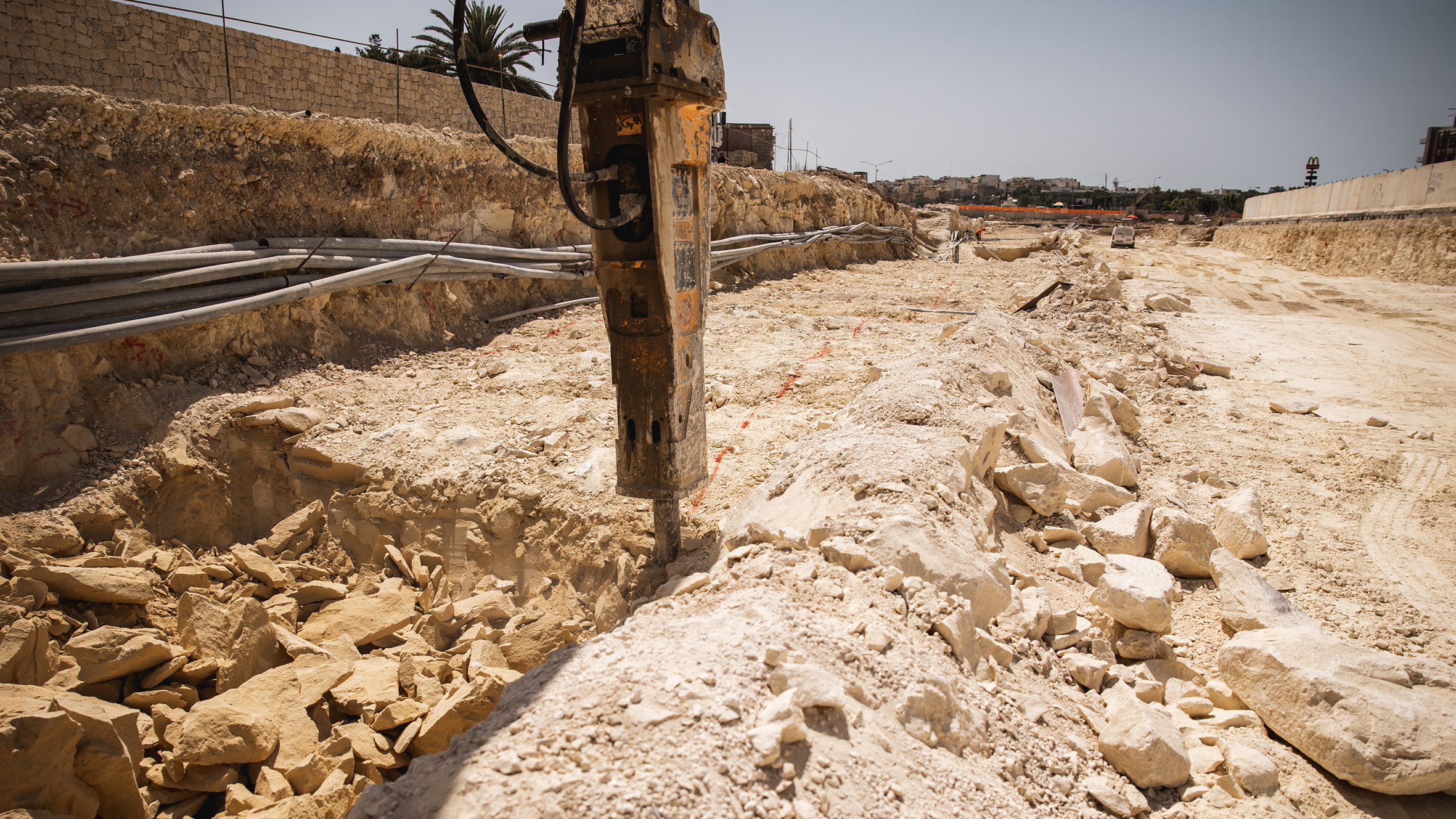 In April, the agency also started excavating the project’s new 200-metre roundabout underpass and its two 120-metre approach ramps. The cut-and-cover underpass will create a direct, safer link between the southbound and northbound carriageways of L-Avjazzjoni Avenue and Hal Far Road. It will allow road users, including heavy vehicles, travelling to and from Birzebbuga, the Freeport and the Hal Far Industrial Zone, to bypass the roundabout. The project contractors have already excavated 30% of this underpass and its approach ramps.

At grade, Infrastructure Malta is rebuilding the existing roundabout and its bypass lanes in an improved design to facilitate access to and from Gudja, Ghaxaq and the Airport. The third level of the intersection includes a new flyover bridging the southbound carriageway of L-Avjazzjoni Avenue with L-Ewwel Titjira Road, towards the Kirkop Tunnels. Commuters heading to Kirkop, Mqabba, Qrendi, Zurrieq and Safi will no longer need to enter the roundabout to reach the Kirkop Tunnels. Infrastructure Malta is fabricating the steel superstructure of this 400-metre flyover in a steel works factory in Spain.

Infrastructure Malta is planning the project works in collaboration with the Superintendence for Cultural Heritage, to ensure that they do not impact the Hal Resqun archaeological remains in the same area. This historical site will remain accessible to archaeologists as it was before the project commenced. Archaeologists approved by the Superintendence are monitoring all excavation works.

In the meantime, the agency is also preparing to start the Luqa Junction Project, a short distance away from the KTAIP site, along the same route. This project will transform Luqa’s principal roundabout into a multi-level junction with a flyover, an underpass, and other dedicated lanes at grade to open direct links between the three arterial roads merging at this crossroads. Together, these two projects will reduce travel times by up to 74% along this route.

The first lanes of the KTAIP and the Luqa Junction Project will be ready in the first quarter of 2022. All works will be ready by end 2022. The two projects may be co-financed through the EU’s Connecting Europe Facility.