On Tuesday night, Infrastructure Malta lifted in place the first of two interconnected footbridges that will form a 53-metre segregated pedestrian and cycling crossing over It-Tigrija Road, Marsa. 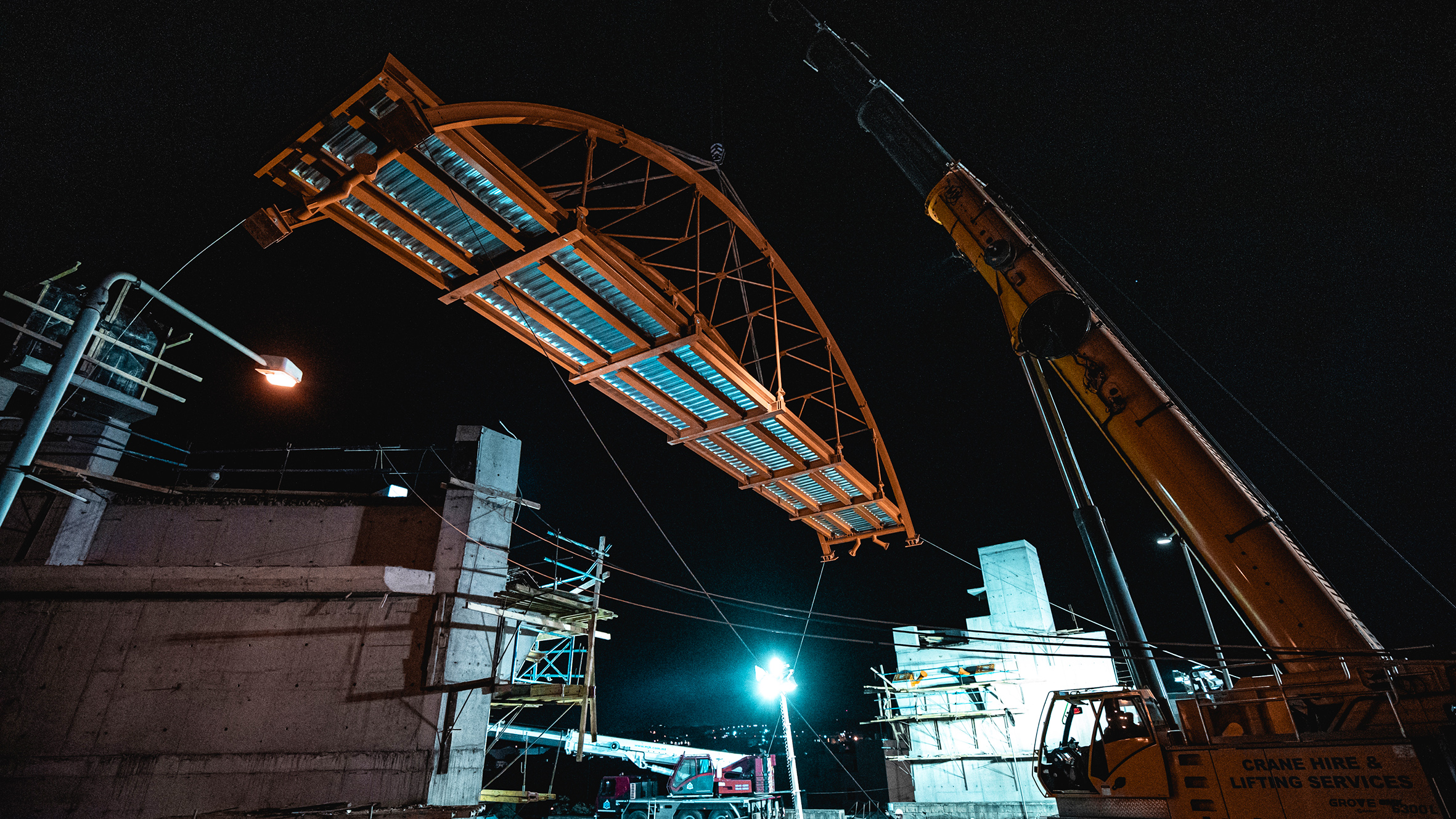 This €1.4 million investment will create a safer walking and cycling route between different residential areas of Marsa and the centre of Qormi (through Il-Gerrejja Alley). It will remove a critical safety risk along a very popular pedestrian route from the centre of Marsa (Il-Jum Street and Il-Marsa Street areas) towards several locations of Marsa and Qormi on the other side of It-Tigrija Road, including the Marsa Park and Ride bus terminus (L-Iljun Road, Qormi), the Marsa Sports Grounds and several other nearby industrial, retail and residential areas.

To reach these destinations, many pedestrians currently cross the five lanes of It-Tigrija Road and its slip roads, which do not currently have any form of safe crossing. Pedestrians need to go over steel crash barriers and cross a high-speed section of the road, as vehicles go up the ramp from Dicembru Tlettax Road’s northbound carriageway to get to Qormi and to the Marsa-Hamrun Bypass. 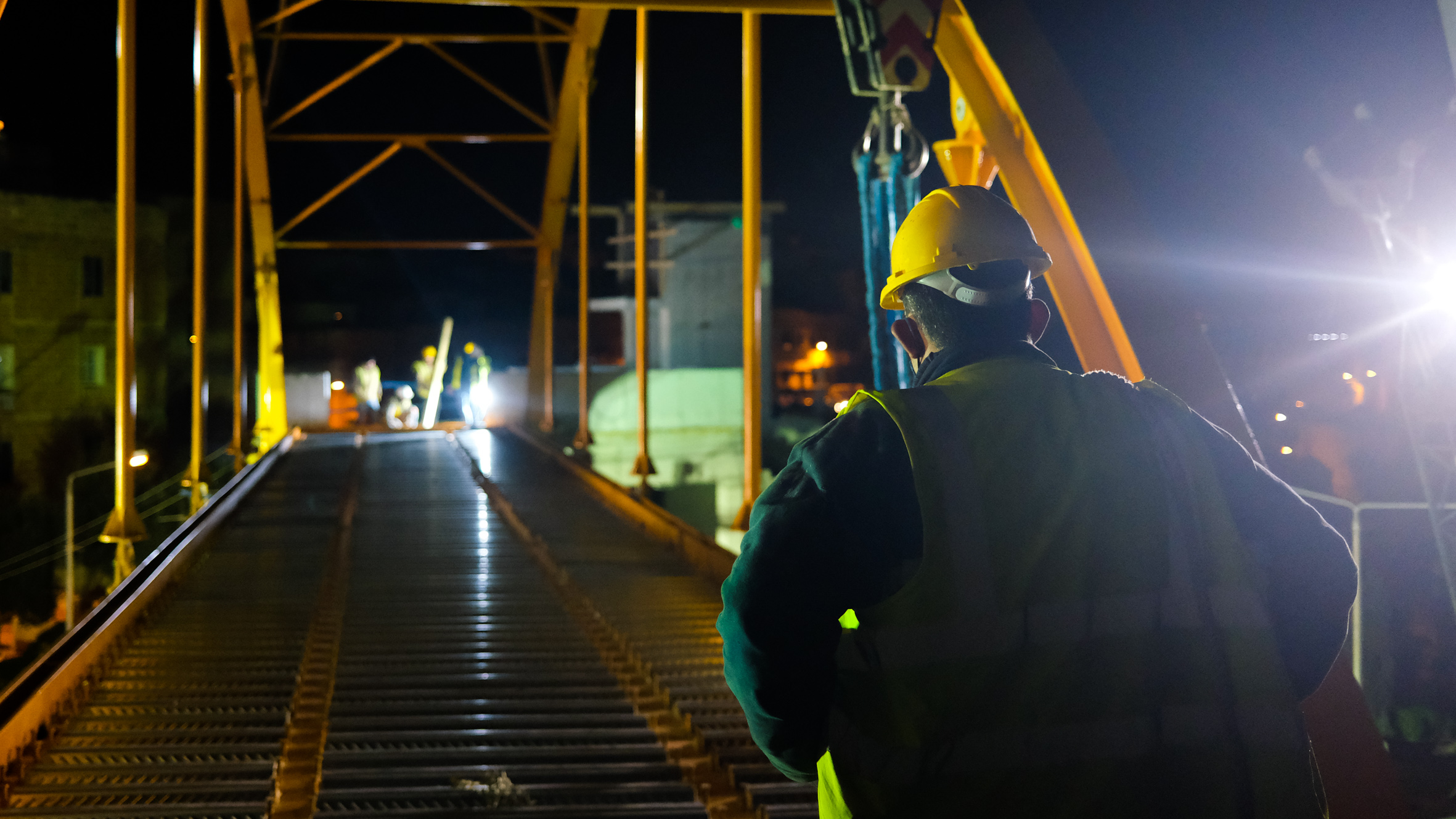 The agency launched the first phase of this project, including the construction of the two towers supporting the steel footbridge over It-Tigrija Road, three months ago. The second phase, which is scheduled to be completed by the end of this year, includes the construction of a second bridge to replace an existing zebra crossing at the one-lane off-slip connecting It-Tigrija Road’s southbound carriageway with Dicembru 13 Road, towards Valletta. This 23-metre structure will connect Il-Jum Street, Marsa with the deck of the steel bridge lifted in place on Tuesday night. The two bridges will include stairways and spacious elevators to be comfortable and accessible to all.

In 2020, Infrastructure Malta invested €5.9 million to build three new bridges for cyclists and pedestrians at Blata l-Bajda (San Gorg Preca Road), Luqa (L-Avjazzjoni Avenue) and Paola (Dom Mintoff Road). It is currently completing the finishing works of another two footbridges and an underpass for pedestrians and cyclists, as part of the Marsa Junction Project. A few weeks ago, the agency also opened a new subway beneath Tal-Barrani Road, creating a safer link between Santa Lucija and Tarxien. It is currently planning similar projects for safer connections for alternative modes of travel in Floriana, Msida and Mriehel.

This multi-million investment is contributing to improved pedestrian, public transport and cycling access between different localities and areas around the new bridges and subways, providing increased levels of safety and an enhanced commute experience in busy arterial roads, with segregated pathways replacing other forms of crossings at grade. 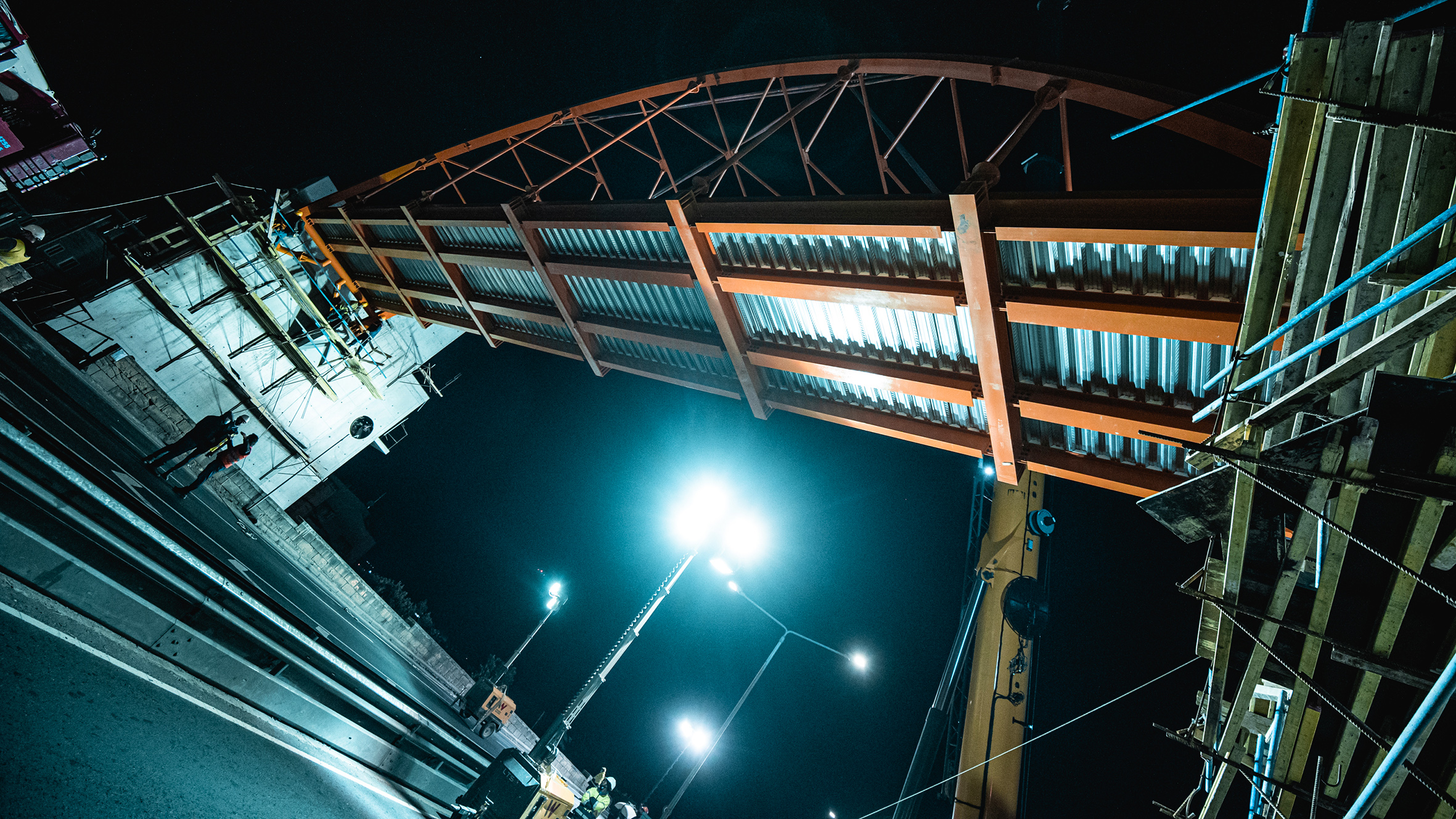