Lifting the first beams of the Mriehel Underpass ceiling slab

Infrastructure Malta is lifting in place the concrete beams that will support the ceiling slab of the new Mriehel Underpass.

Infrastructure Malta launched Mriehel Underpass Project in 2021, to build a 60-metre tunnel connecting L-Imdina Road with the Mriehel Bypass, at the junction next to the Malta Financial Services Authority offices. The agency is working to open this underpass to commuters at the end of September, and to finish building the new roundabout above it by the end of the year.

In February, Infrastructure Malta completed the excavation of this cut-and-cover underpass and started erecting 290 precast concrete panels to form its walls. On Tuesday, workers lifted in place the first of 16 prestressed concrete beams, each weighing six tonnes, that will support the tunnel roof. 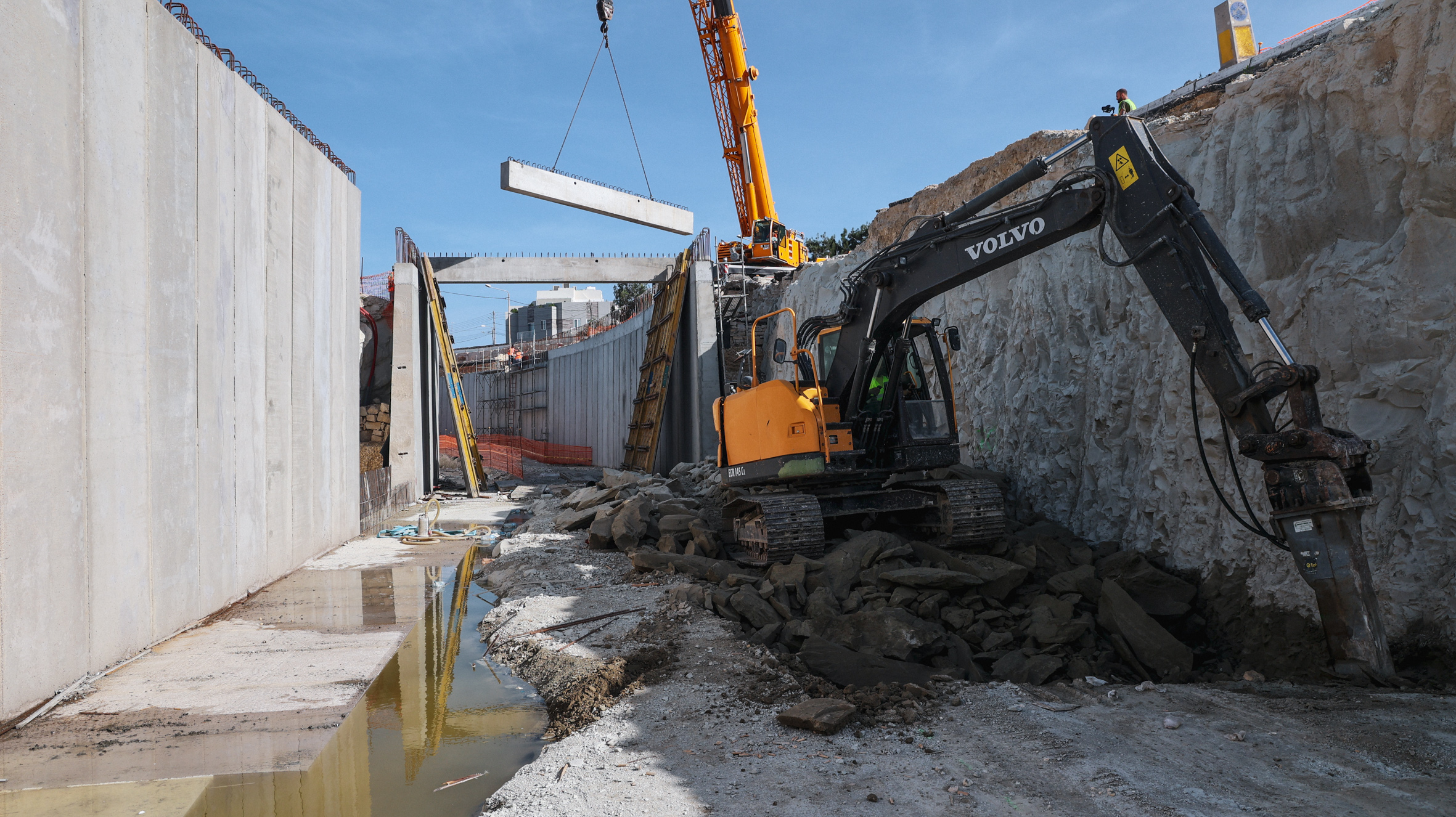 When the tunnel is ready, Infrastructure Malta will continue the project with the new roundabout above it, as well as new pedestrian and cycling crossings and landscaped areas.

As part of Central Link Project, in 2020 Infrastructure Malta built two new lanes to create an uninterrupted route in the opposite direction, westbound from the Bypass towards Balzan and Attard.  By eliminating the principal eastbound (new underpass) and westbound (2020 lanes) flows from the new roundabout, it is becoming quicker and safer for road users travelling to other nearby destinations, including Mriehel, Birkirkara and Zebbug (from Attard, Balzan and Lija). 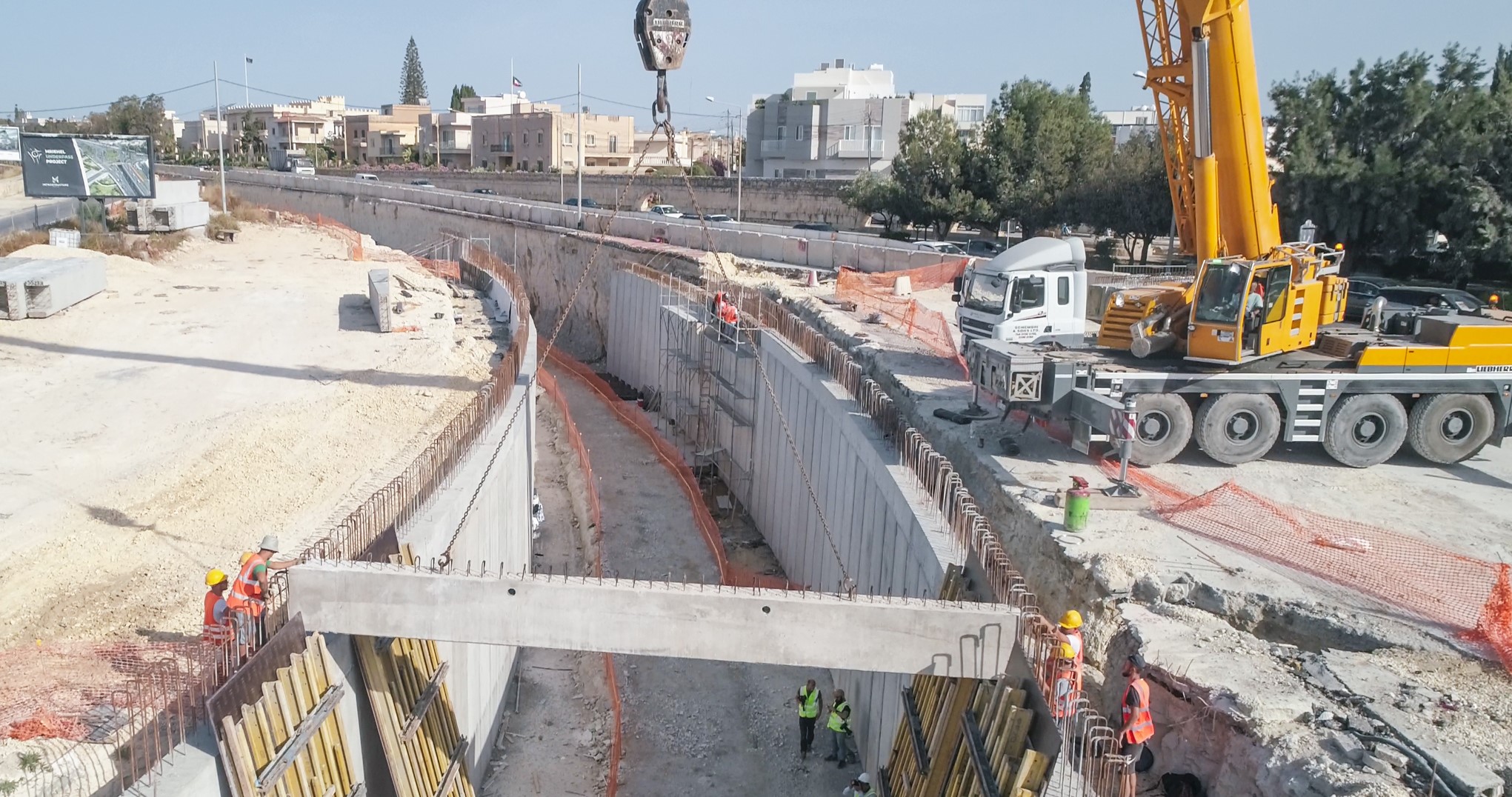 As it reduces the new roundabout’s design speed and traffic volumes, Mriehel Underpass Project is also enabling the introduction of safer pedestrian and cycling crossings to link Birkirkara, Mriehel and Balzan with Il-Hofor Road, a rural road leading to Zebbug and Qormi. These roundabout crossings will further improve the connections of the four-kilometre cycling and walking infrastructure developed through Central Link Project in Ta’ Qali, Attard and Balzan. 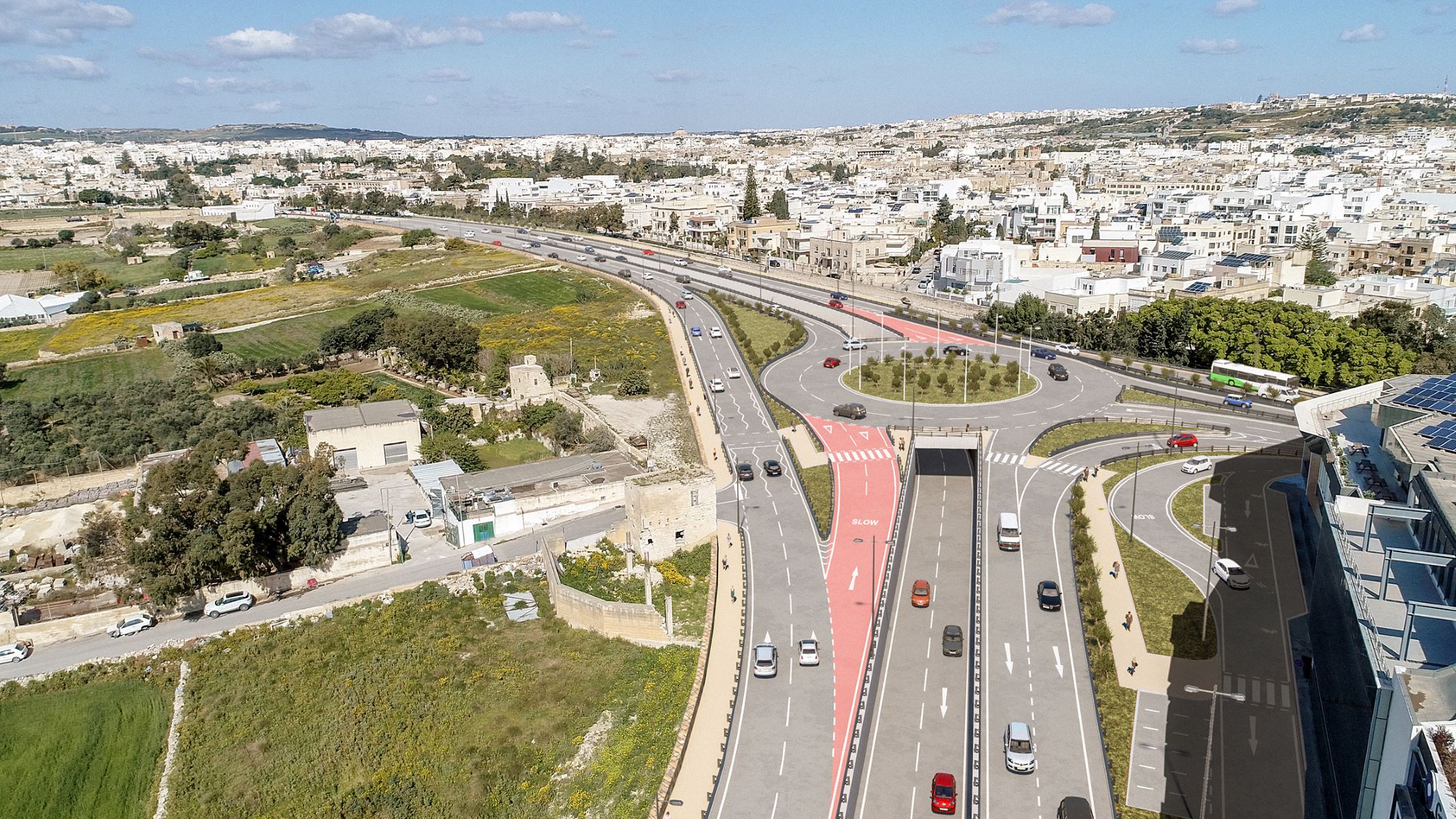