On Thursday night, the Marsa Junction Project contractors closed this critical 10-lane road to safely set the first half of this 70-tonne two-span, tied-arch bridge in position against one of its two abutment towers and an intermediate supporting pier. The 59-metre overpass will create a quicker and safer connection for pedestrians, bus passengers and cyclists travelling between the Addolorata Cemetery, the Marsa Industrial Estate and the Marsa Sports Grounds areas on one side of the road, and the Albert Town and Is-Salib tal-Marsa areas on the other. It will also link the project’s new park and ride areas with nearby bus stops, along the main public transport route to many localities in southern Malta. 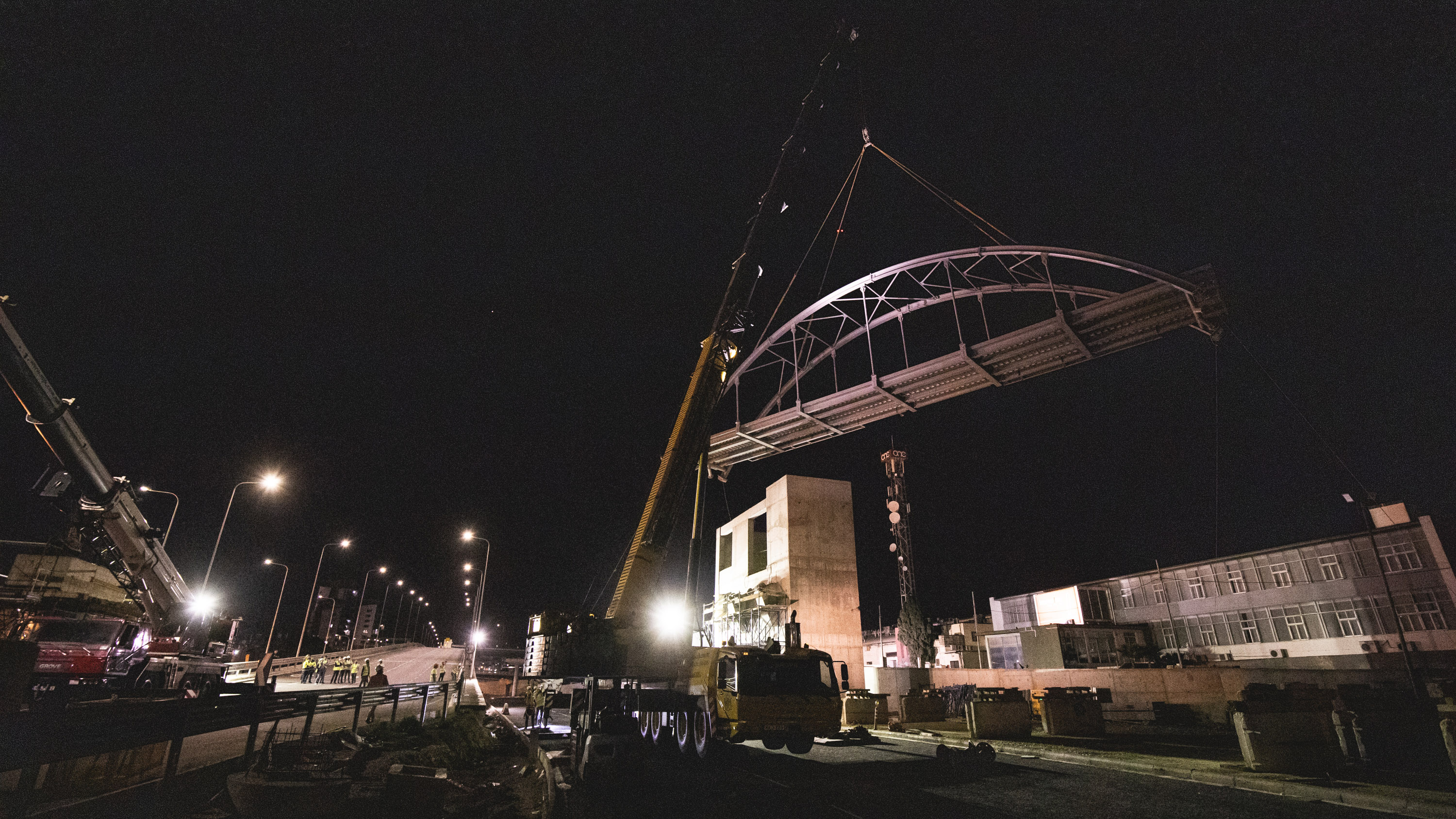 The bridge forms part of a network of footpaths, bus lanes, safe bus lay-bys, cycle lanes and park and ride facilities that Infrastructure Malta is developing around the seven new flyover structures of this €70 million project, to facilitate safer connections for alternative modes of travel between Tarxien, Paola, Santa Lucija, Marsa, Luqa, Qormi and other nearby areas.

Another 32-metre bridge over Sir Paul Boffa Avenue, between Paola and Marsa, is under construction as well. The project contractors fabricated the steel superstructures of these two pedestrian bridges in Turkey last summer, before shipping them to the Grand Harbour, a few hundred metres away from the project site. At the same time, other workers built the four towers that will house the stairs and elevators to the bridge decks. The longer Aldo Moro Road bridge also requires a central concrete pier located between the road’s two carriageways.

A few days ago, the project contractor started assembling the first of the two superstructures of the Aldo Moro Road bridge on the ground, in preparation for Thursday night’s lifting operation. The two tied-arch spans of this footbridge are 27 metres and 32 metres long. They are made of over 140 steel components, held together by some 900 steel bolts. 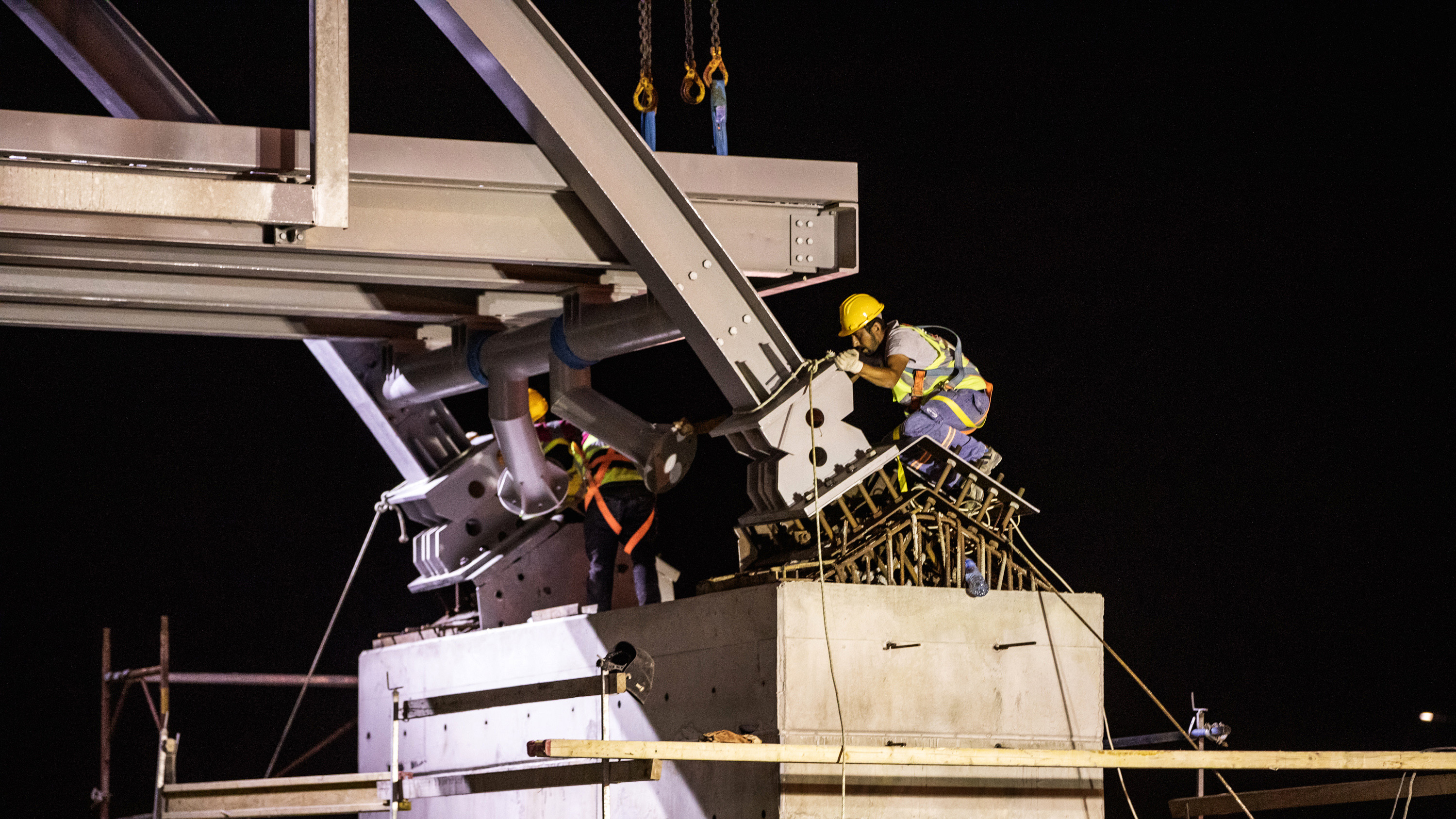 In the meantime, final preparations for the opening of another three of this project’s new flyover structures are nearing completion. The new flyover structures include uninterrupted, southbound connections from Aldo Moro Road, Marsa, to Giuseppe Garibaldi Road, Luqa, and to Santa Lucija Avenue, towards Santa Lucija and Tal-Barrani Road, Tarxien. The three flyover structures completed last year, which are temporarily being used in contraflow in the same direction as the three new ones, will subsequently be closed for a few weeks for final works so that they can be reopened in the northbound direction.

In the coming weeks, Infrastructure Malta will also open the seventh flyover structure, which was completed last month. It will link the northbound carriageway of Santa Lucija Avenue, currently closed, to the Addolorata Cemetery, to the new park and ride areas, and to Il-Gvern Lokali Road, towards Qormi (Turkish Cemetery area).

Santa Lucija Avenue was closed earlier this year due to the construction of the new Santa Lucija Roundabout Underpass, along the same route, one kilometre away from the Marsa Junction Project site. Infrastructure Malta rebuilt this road and reopened its southbound carriageway last month. The northbound carriageway will be reopened in the coming weeks, along with the new underpass connecting it to Tal-Barrani Road. 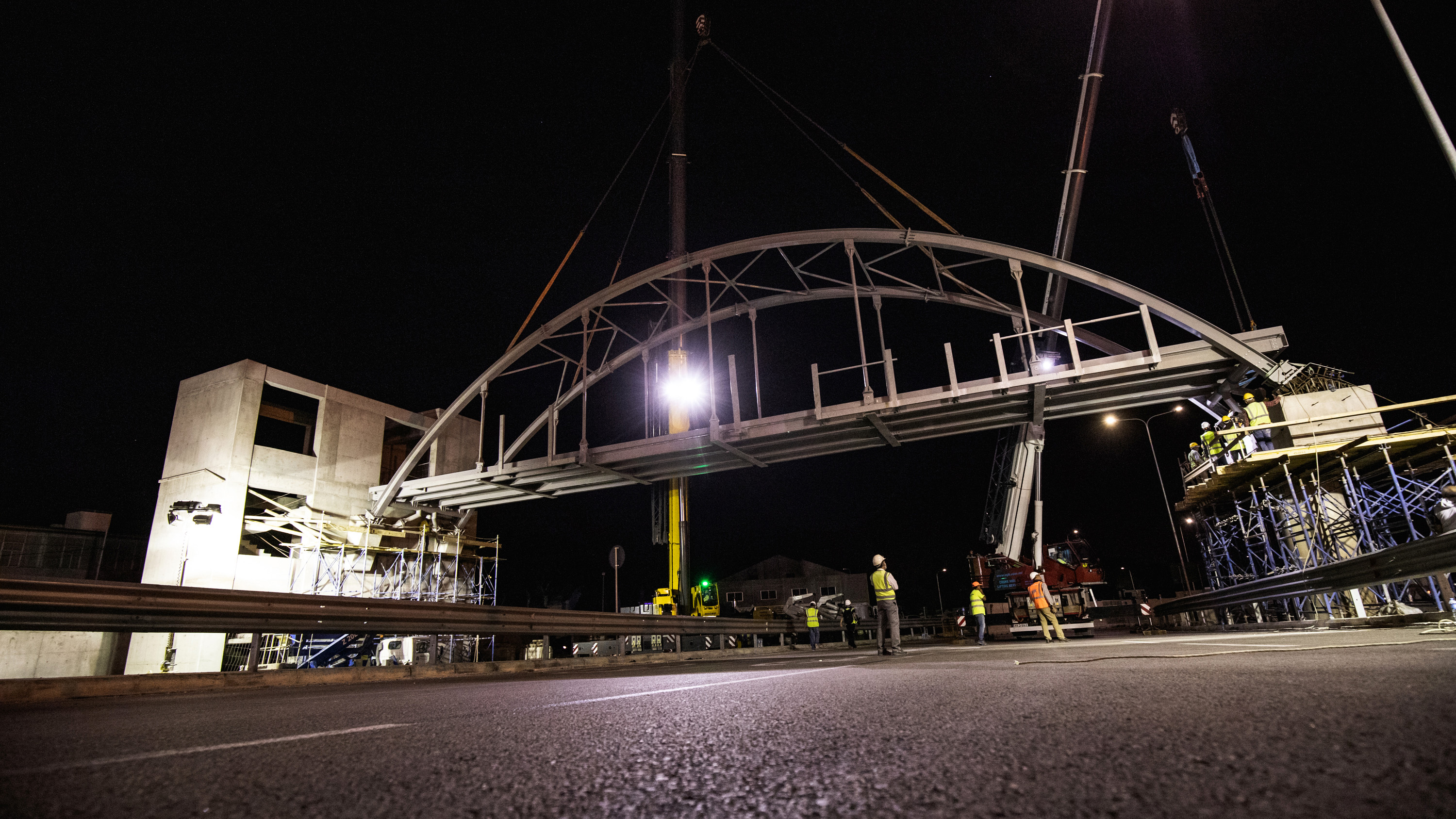 Around this new infrastructure, Infrastructure Malta is forming new landscaped areas with many new trees and four monumental public art installations. It is building two underground reservoirs to harvest 1.5 million litres of rainwater for the irrigation of these new green areas. The project contractors are also laying over 13 kilometres of underground networks, including water mains, sewers, walk-through culverts for electricity cables, Internet and other telecommunication cable ducts and stormwater pipelines.