Infrastructure Malta is using 27,600 flowering plants to give life to the longest green wall in Malta, as this €500,000 environmental investment at the Marsa-Hamrun Bypass nears its final stages.

The new vertical garden is covering a 350-metre concrete retaining wall, longer than the length of three football grounds, at the side of the southbound carriageway of the Bypass, in Santa Venera. Within the next few weeks, thousands of road users travelling to southern Malta will be able to appreciate this new urban greening experience during their daily commutes. Infrastructure Malta launched this project in collaboration with Ambjent Malta earlier this year. Weather permitting, all works will be ready next month. 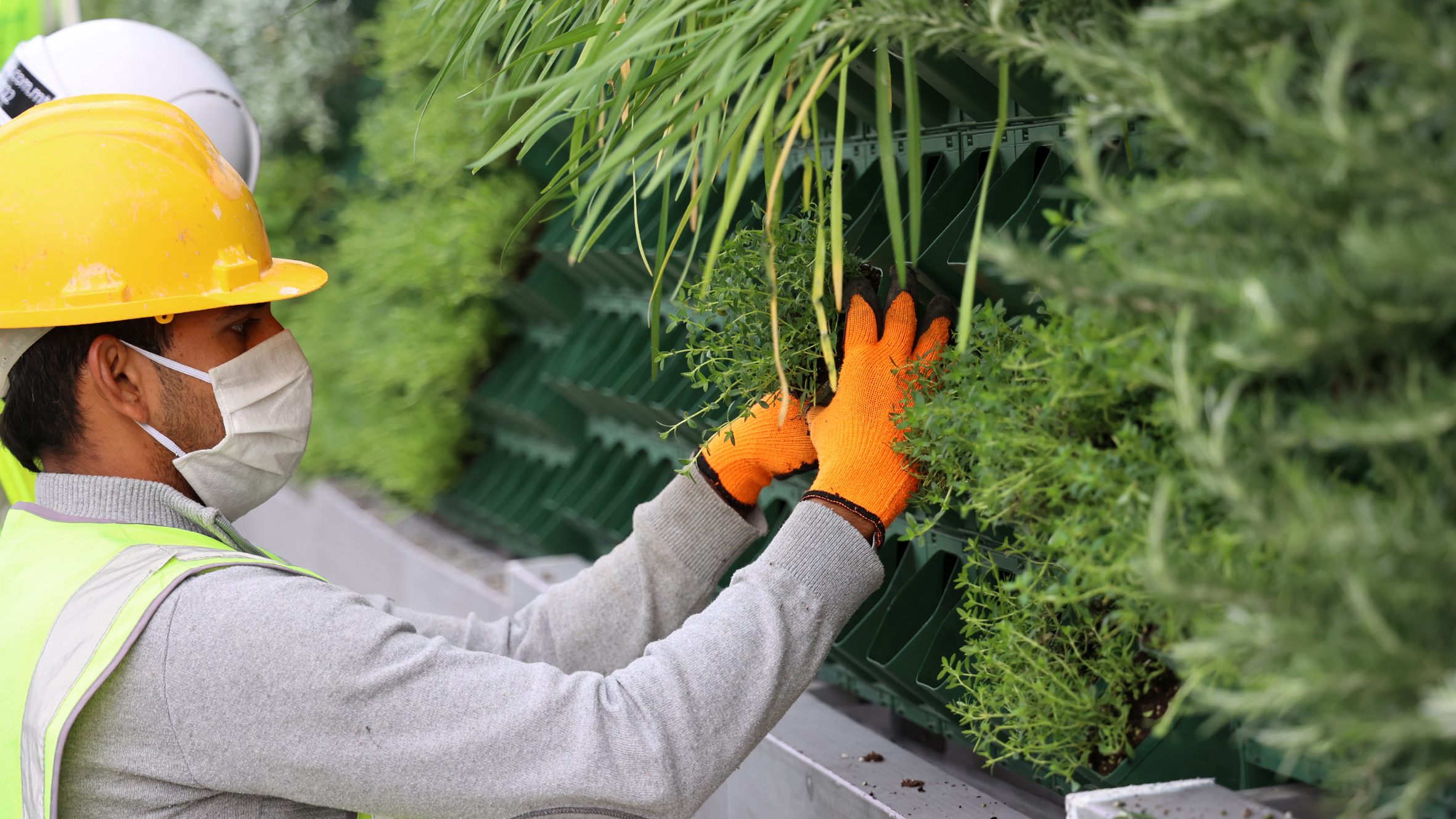 The project contractors started installing the specialised structure of this green wall last summer. It was manufactured using eco-friendly, recyclable materials and specifically designed to reduce the risk of damage to the concrete retaining wall behind it. The system also incorporates an automatic drip irrigation system connected to a reservoir which Infrastructure Malta built in the grounds of an adjacent school when the Marsa-Hamrun Bypass was rebuilt in 2018. The contractors also installed security cameras to deter theft and vandalism.

This week, workers started the final phase of the project, placing the first 14,300 of the 27,600 plants that will be growing on this wall. They are using several species of plants to create a pre-defined design with the different colours and textures of their leaves and flowers. 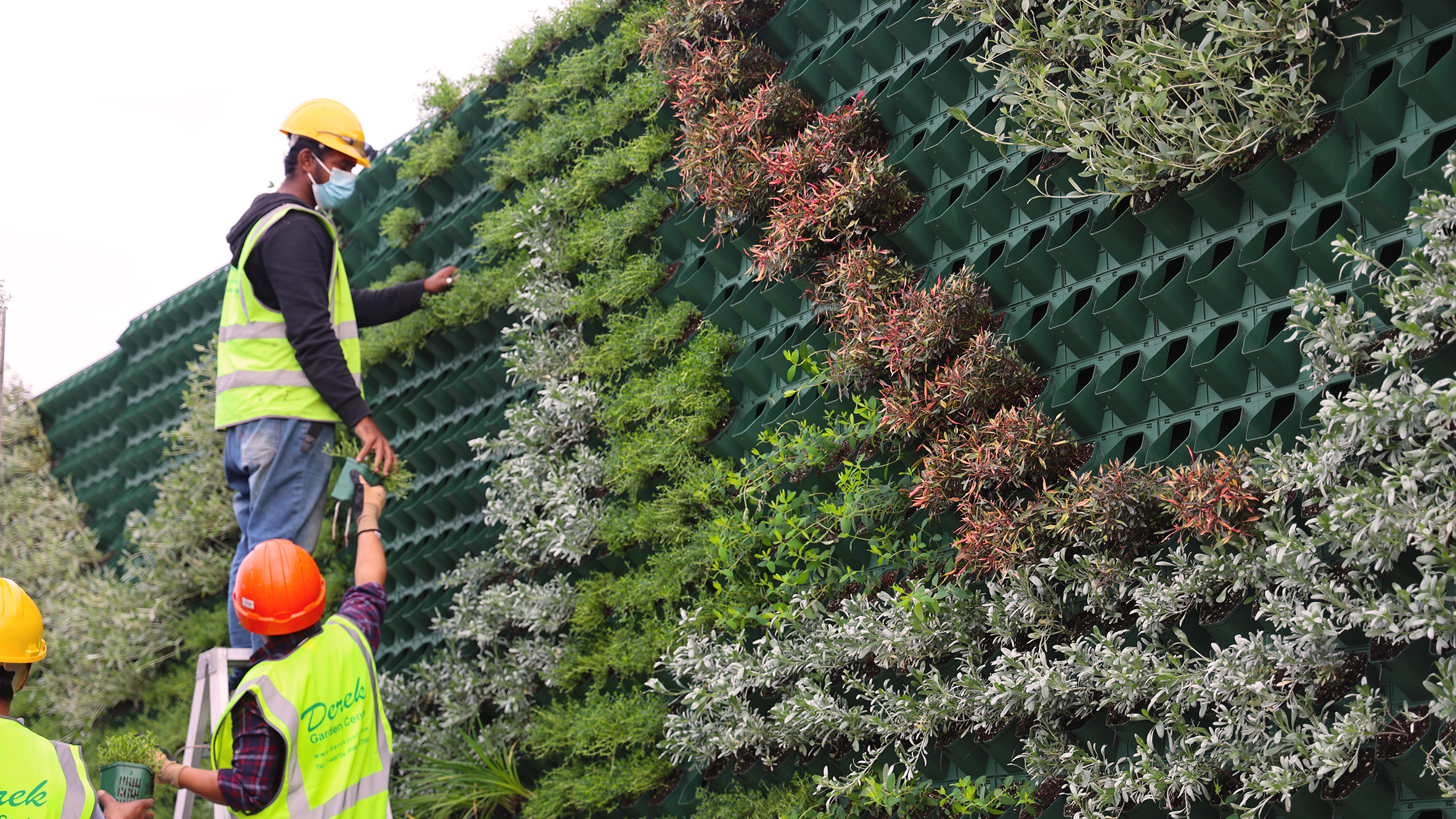 As part of the same project, the contractors will continue taking care of this wall for several years. Infrastructure Malta and Ambjent Malta will be studying the development of this vertical garden to assess the feasibility of introducing this kind of green infrastructure in other public spaces as well.

In the meantime, Infrastructure Malta is also working with the Institute for the Creative Arts of the Malta College of Arts, Science and Technology (MCAST) to set up an outdoor art gallery in another section of the same wall at the Marsa-Hamrun Bypass. A new concept for public infrastructure in Malta, this outdoor gallery will include large-scale prints of artworks by the Institute’s fine arts students and lecturers. New artworks will be exhibited in this gallery’s fixed frames every few months. Eventually, this space will also be made available to other local and international artists, bringing fine art closer to the people as they go past them every day. The first new artworks will be in place next month. 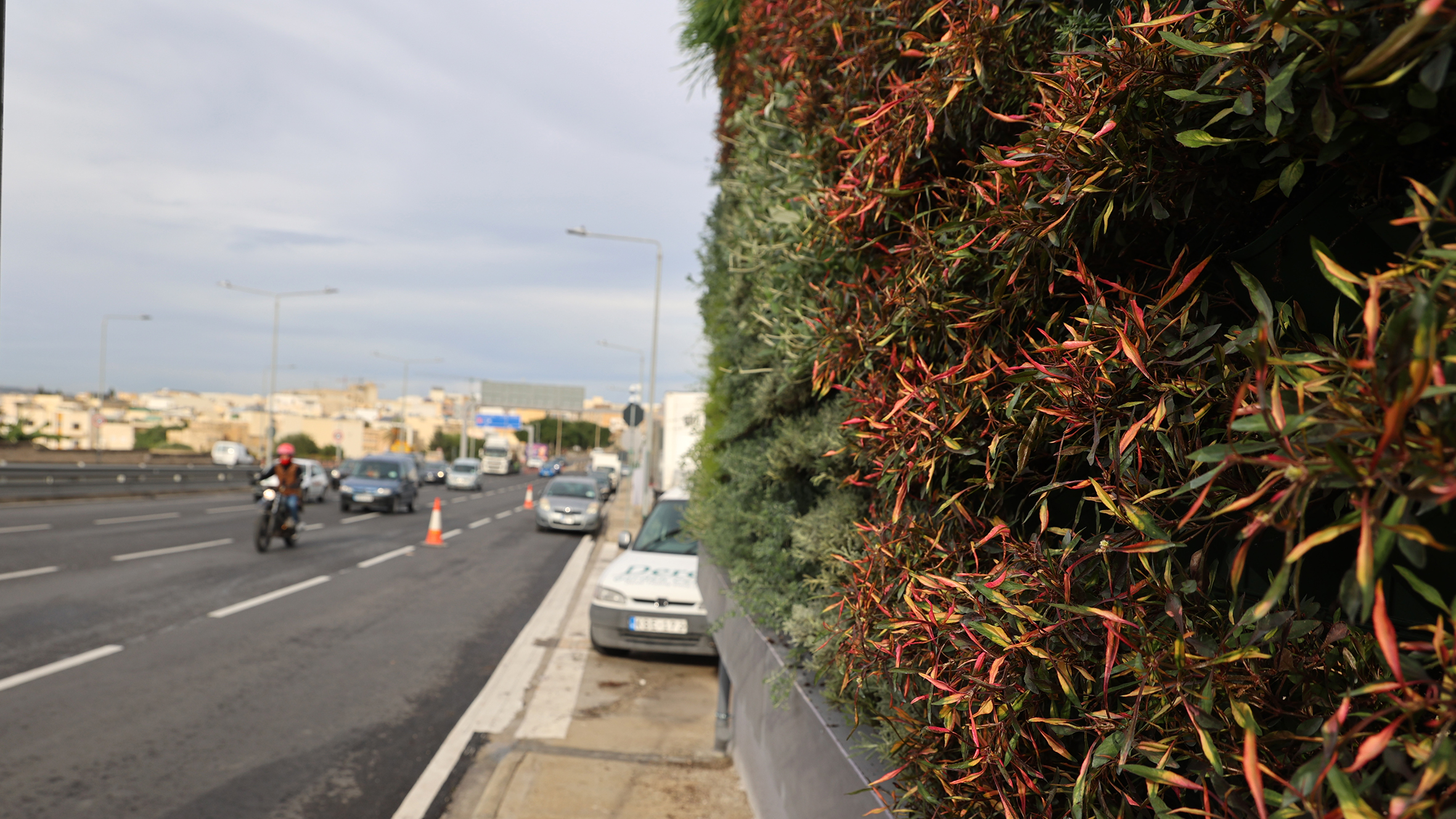