Infrastructure Malta is inviting interested companies or consortia to participate in the first of a three-stage process to identify the concessionaire who will design, build, finance, operate and maintain the Malta-Gozo Tunnel.

Prospective bidders have three months, until Thursday 9th April 2020, to answer a pre-qualification questionnaire (PQQ) to demonstrate their experience in similar tunnel developments, to show their environmental and health and safety record and to attest they have the technical capabilities and financial standing to successfully implement this project. 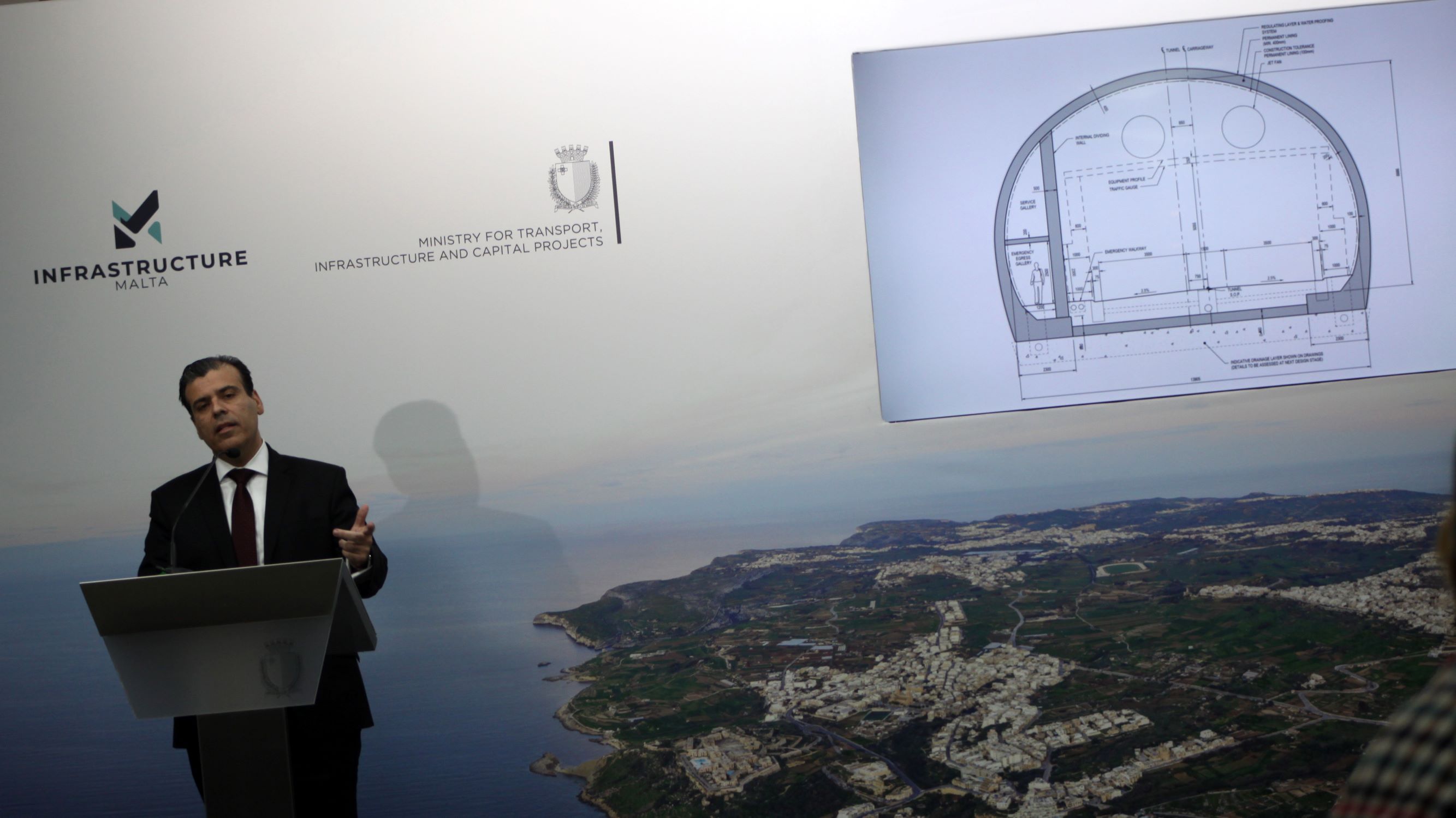 The call for this PQQ was internationally announced earlier this week in the European Union’s Journal. All relevant documentation and submission forms are available through the Government’s online procurement system – www.etenders.gov.mt (IM049/2019).

The Malta-Gozo Tunnel Project includes the development of a 14-kilometre, partly subsea, tunnel accommodating two vehicle lanes, one in each direction and a wide central buffer offering additional space for emergency vehicles. This highly-anticipated permanent connection between the two islands will alleviate the economic and social challenges that Gozitan families and businesses have been experiencing for decades due to the limitations of existing sea and air links.

The PQQ also indicates that the Government’s preferred option is for this project to be self-financed, without any form of guarantees or subsidies. Details on tolls or other fees for tunnel users are not being requested in the PQQ stage. They will be identified during the final stage, which will focus on the bidders’ financial proposals.

In 2019, Infrastructure Malta intensified work on the preliminary studies necessary to launch this process. Nine voluminous studies, each comprising several reports, and other technical data, are being made publicly-available as part of the PQQ documentation, to serve as guidance to prospective bidders. They include preliminary geophysical and geological investigations based on land and seabed core samples extracted along the proposed tunnel route, traffic flow studies, terrestrial and marine surveys and more.

The PQQ documentation also includes a conceptual design of the proposed tunnel structure, extending from the Xemxija area of Malta to Nadur, in Gozo. This design was prepared for guidance purposes only and the final proposed plans may include different structures and technologies. In fact, during the three-stage procurement process, bidders will be invited to propose improvements and other modifications, as long as they adhere to pre-established international environmental and safety standards and other technological best practices and specifications. 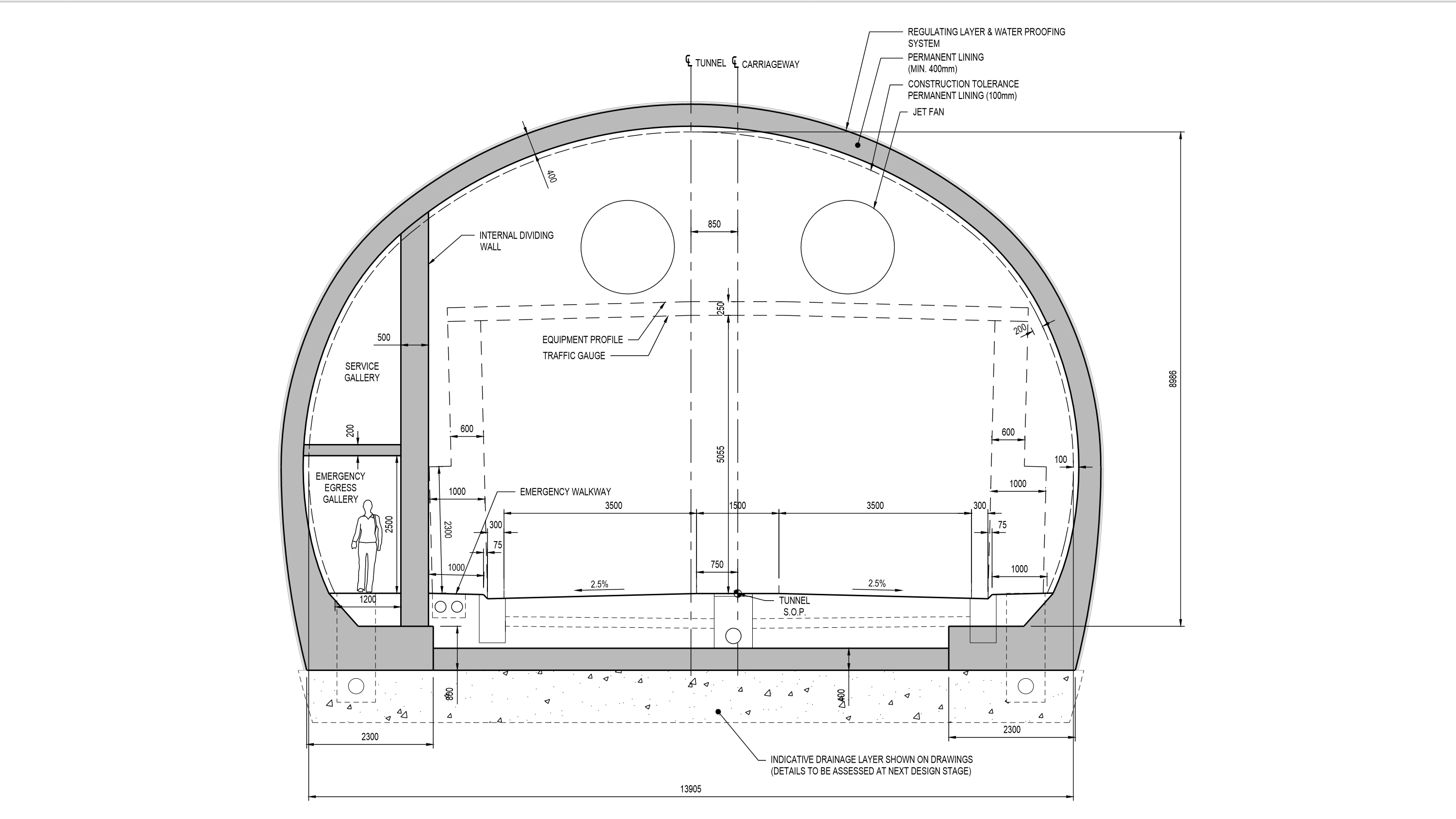 In 2018, the agency also engaged a team of independent experts approved by the planning and environmental authorities to conduct an extensive environmental impact assessment (EIA) of the proposed project. This study will be completed after the final proposed tunnel plans are confirmed through the procurement process being launched this week, so that the final assessment will take into consideration all specifications of the final design. Once completed, the EIA will be published for public consultation as part of the established planning and environmental authorities’ process to determine the project permits.

The five top-ranking bidders of the initial PQQ stage will qualify for the second stage, which includes an Invitation to Participate in Dialogue (ITPD). During this stage, participants shall submit detailed technical plans of the proposed tunnel structure as well as the implementation, operation and maintenance solutions they would adopt if entrusted with the concession. Each participant will be invited to dialogue meetings to explain the proposal to the evaluation team analysing each proposal.

The selection process will be concluded with the Best and Final Offer (BAFO) stage. PQQ shortlisted candidates who would have participated in the ITPD stage will be requested to submit a final proposal for the project. This will include a detailed technical and financial offer based on the solution proposed in the previous stage. The selection team will then identify and recommend the best offer based on pre-established criteria.

Infrastructure Malta is committed to continue supporting the planning and procurement team of experts working on this project, to identify the most sustainable solutions that can effectively attain the Government’s objective to give families and businesses in Gozo the connectivity required for a better quality of life and increased social and economic progress opportunities.