Infrastructure Malta is launching a €9 million project to regenerate the dilapidated Sally Port Road quays in Vittoriosa and the Kalkara Waterfront, upgrading a one-kilometre stretch of the Cottonera coastline, from the Villa Bighi area to Fort St Angelo.

Works are starting this month with the reconstruction of circa 600 metres of quays in the area known as Sally Port or “It-Toqba”, transforming it into a new promenade. In collaboration with the Grand Harbour Regeneration Corporation, this investment will also include the upgrading of the Kalkara Waterfront and the locality’s square, in the same area. 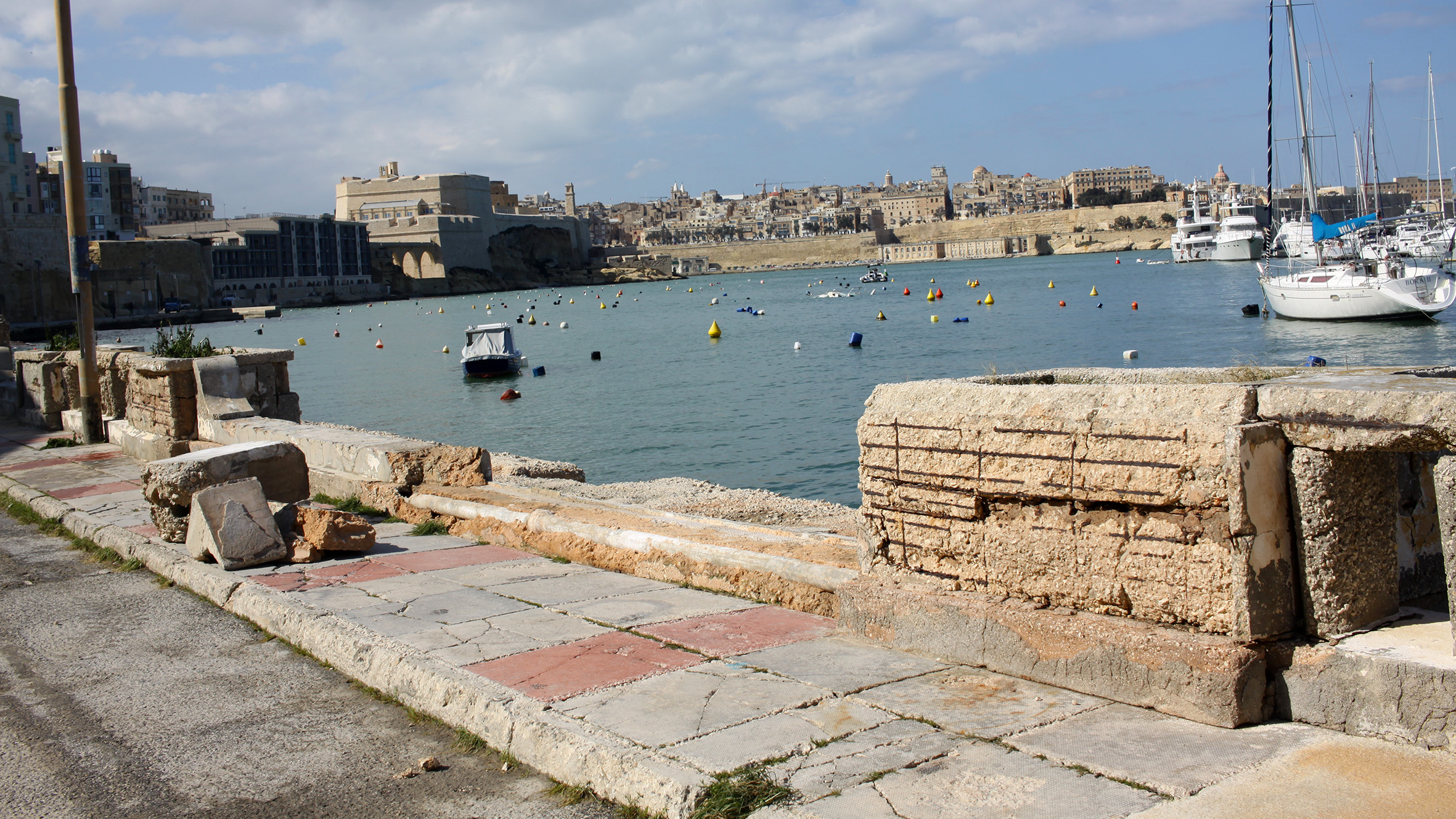 Works are starting with the removal of parts of the old Sally Port quays that were badly damaged by storms through the years. These concrete structures are at risk of caving in, causing public safety concerns. In the meantime, a team of divers is repairing and stabilising the underwater sections of other sections of the quays, which will be retained and incorporated in the new promenade.

The reconstruction of the Sally Port quays will turn a neglected seafront area in Cottonera into a new promenade, with wide, paved footpaths, benches and decorative lighting. It will also include a public garden, new public toilets and landscaped areas with flower beds and shrubs suitable for this coastal environment. This new outdoor recreational space will be directly linked to the centre of Vittoriosa, through the historical sally port tunnel built within the bastions separating the quays from the city. It will also be connected to the Vittoriosa (Birgu) Waterfront, creating an uninterrupted pedestrian route from the Villa Bighi area of Kalkara to the Birgu marina, the Dock 1 area of Cospicua, the Senglea waterfront and all the way to Boiler Wharf, beneath the Gardjola Gardens.

The planning of this project started in 2018 with initial studies to determine the structural condition of the Sally Port quays. After years of storm damages and lack of maintenance and repairs, these quays and the road above them (Il-Piccolo Soccorso 1565 Road) had started to become inaccessible, with serious safety risks to road users, mariners and pedestrians. During the February 2019 Gregale storm which caused extensive damages in different parts of Malta, long stretches of the quays caved in. Infrastructure Malta carried out temporary repairs to restore access to the area and intensified work on the reconstruction plans, which had been assigned to it a month earlier when the agency’s remit was extended to incorporate maritime infrastructure. 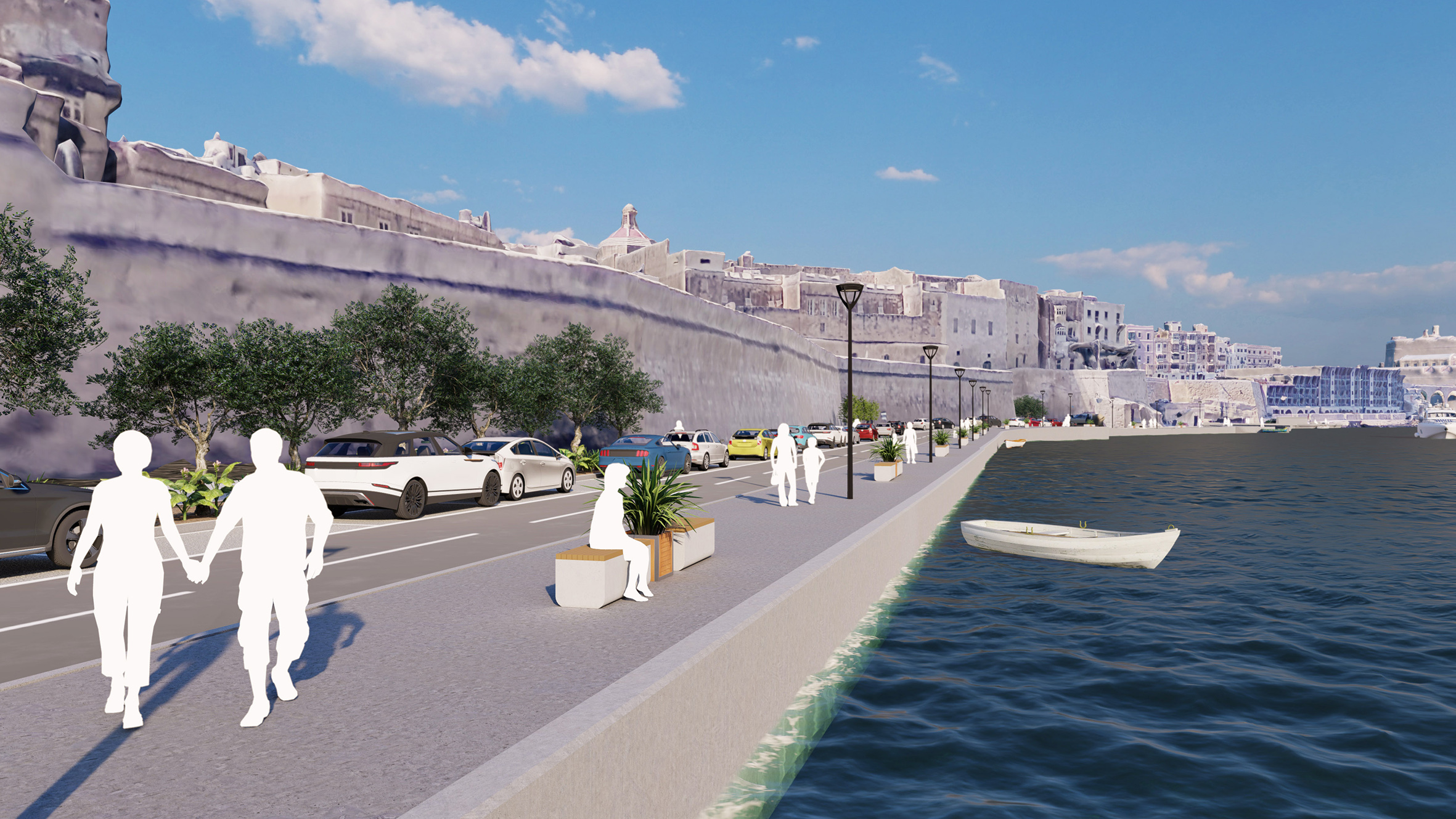 As part of the design and planning of the new quays, Infrastructure Malta consulted the Planning Authority, the Superintendence of Cultural Heritage and the Environment and Resources Authority, amongst others, to ensure the protection of this area’s heritage and the Grand Harbour’s marine environment. Following a public consultation period, the Planning Authority issued the development permits for this project last month. The reconstruction of the quays and the development of the new promenade are scheduled to be completed within 18 months.

Infrastructure Malta is also collaborating with the Grand Harbour Regeneration Corporation to extend this project to the adjacent Kalkara Waterfront, so that the entire area can be embellished in the same design. Works in Kalkara will include the construction of new footpaths, the embellishment of the square in front of the Parish Church and the reinforcement of the existing promenade.