As the agency opened these westbound lanes, the pre-existing lanes in the same direction in Iz-Zaghfran Road, In-Nutar Zarb Road and part of L-Imdina Road, Attard, are now serving the opposite way, from Ta’ Qali to Mriehel. Through this modification, Infrastructure Malta is adding a second lane in the eastbound route as well. This new arrangement is eliminating the L-Imdina Road bottleneck at the Hal Warda area, where two lanes merge into one with houses and other buildings on either side, causing long delays and excessive traffic pollution in the centre of this locality. 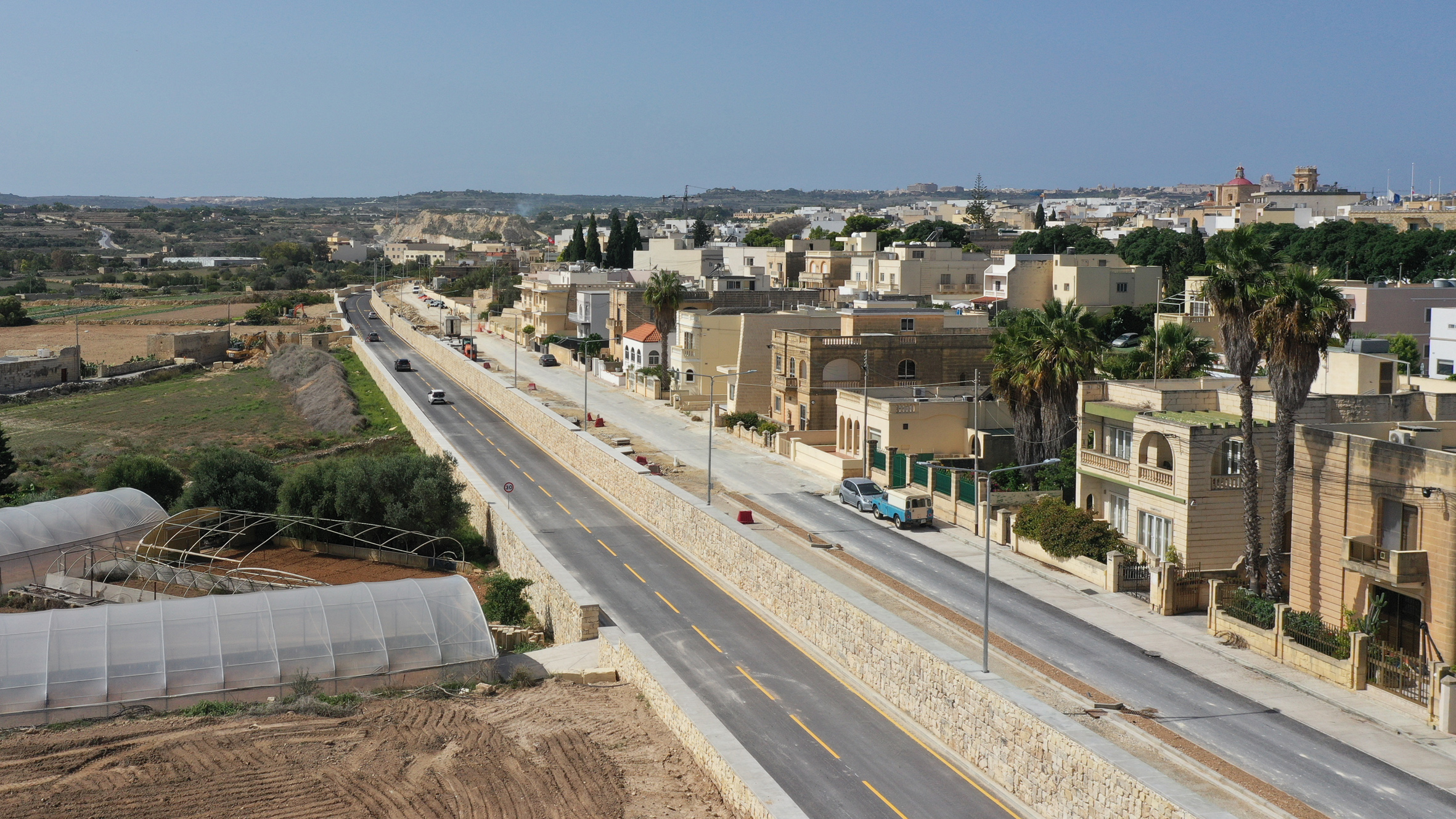 The two new lanes start at the western end of the Mriehel Bypass, skirt the traffic lights junction next to the Malta Financial Services Authority offices and the T-Junction between L-Imdina Road and De Paule Avenue (San Anton Gardens area), as well as the centre of Attard, before merging with L-Imdina Road again in the Wied Incita area (near Mount Carmel Hospital). Along the way, the new lanes also bypass another traffic-lights-controlled junction in the centre of Attard. As a result, Infrastructure Malta switched off all the old traffic lights in this westbound route between Mriehel and Attard. The turnings previously controlled by these traffic lights are now connected through dedicated lanes for increased road safety. At the same time, the remaining traffic lights in the opposite direction can now be operated with increased efficiency, to continue reducing travel times.

Beneath the new westbound road, Infrastructure Malta installed 10 kilometres of new underground networks, including water pipelines, sewers, electricity cables and street lighting and Internet cable ducts. It also built a stormwater catchment system and connected it to the region’s flood relief underground tunnels nearby. Workers used 4,100 tonnes of asphalt to lay the surface of these 4.4 kilometres of new lanes. Eventually, when all the project works are ready, Infrastructure Malta will reinforce this new road with a final layer of polymer modified asphalt, a stronger material that lasts longer and is more resistant to temperature variations. The agency introduced this type of heavy-duty asphalt in Malta’s arterial roads earlier this year. 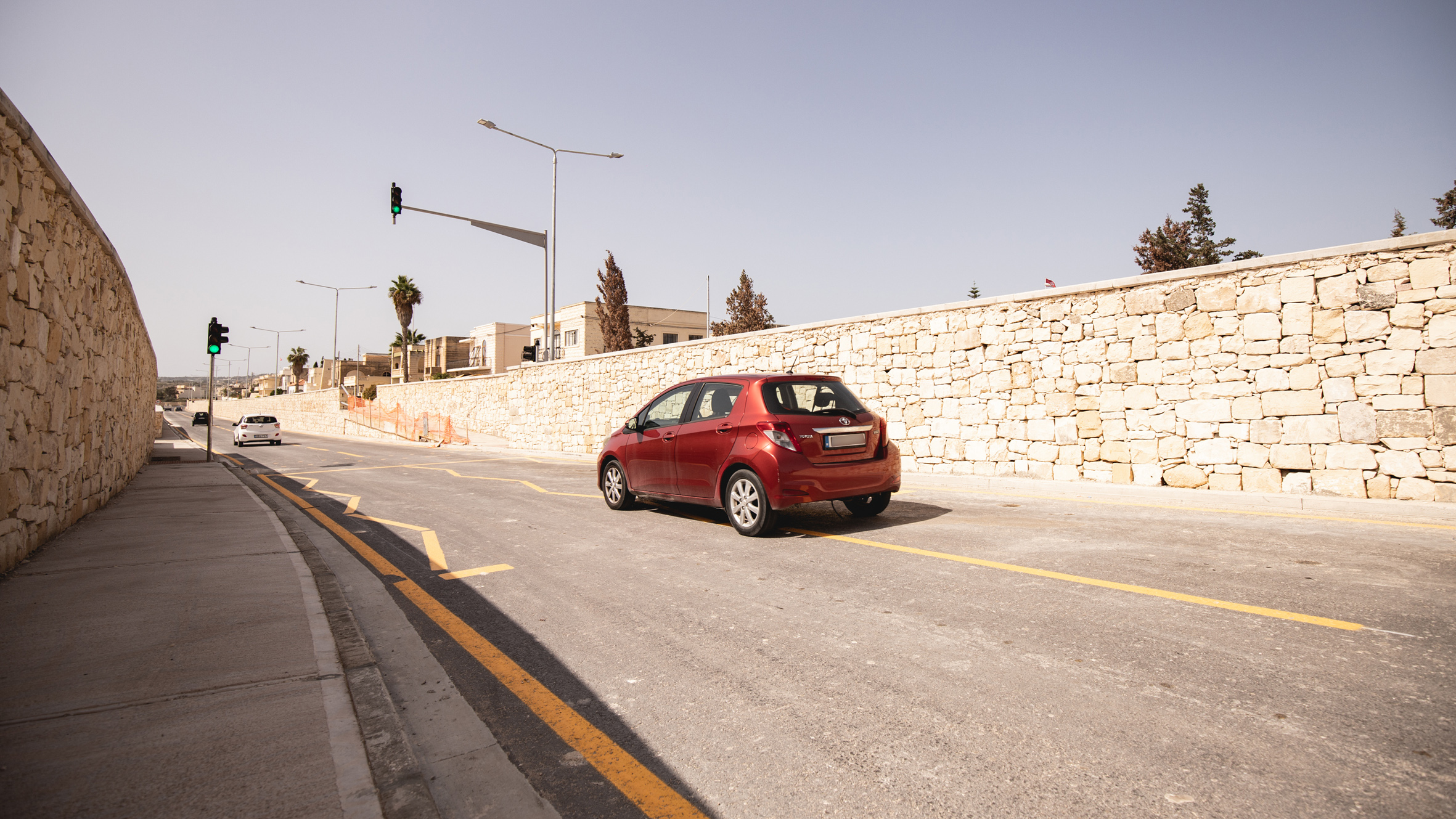 When the project is ready, the new two-lane westbound arterial road will be extended all the way to Ta’ Qali, to merge with the roundabout at the foot of Saqqajja Hill. As it builds more new lanes forming part of this project, Infrastructure will eventually also upgrade the eastbound route and remove the remaining traffic lights in these lanes as well (Ta’ Qali to Mriehel).

Through this project, Infrastructure Malta is currently also building Malta’s longest bi-directional track for cyclists and pedestrians. It includes a 4.3-kilometre, asphalt-surfaced path separated from car lanes with trees, shrubs and other forms of lane segregation, providing a pleasant, safer connection between Mriehel, Birkirkara, Balzan, Attard and Ta’ Qali.

The agency’s architects designed the new westbound carriageway to have the least possible impact on nearby residential areas. This new road is detached from three adjacent residential roads, Ferdinandu Inglott Street, Oliver Agius Street and Tumas Chetcuti Street, with a landscaped area and another section of the new cycling and walking track. Moreover, Infrastructure Malta built most of the new road at a lower level, up to one storey beneath the three residential roads, to reduce its visual impact. It is also rebuilding these streets with new footpaths, underground networks and other facilities. The project contractors will complete the ongoing works in these residential roads in the coming weeks. 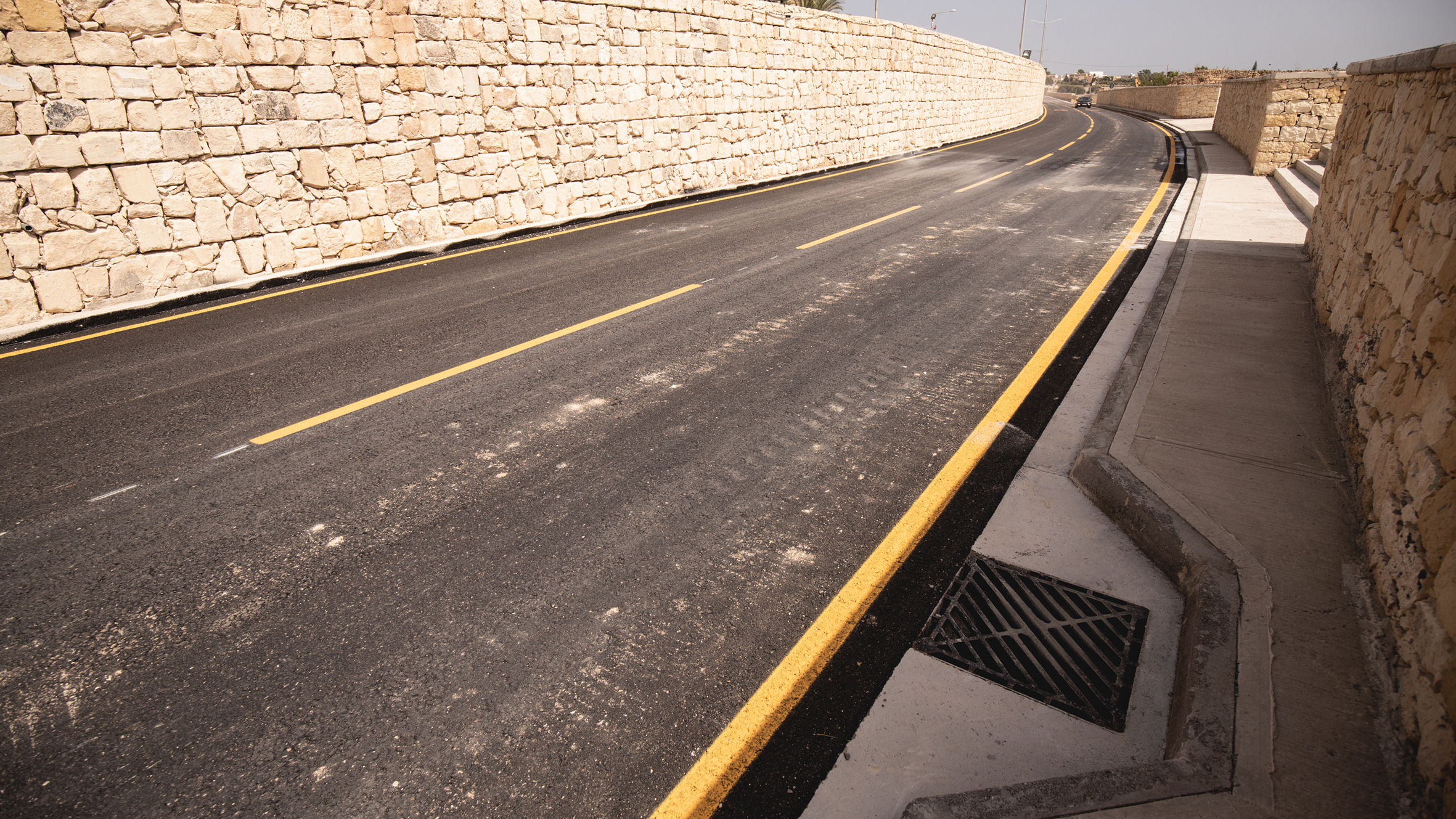 Launched in January 2020, Central Link Project is based on plans included in the 2006 Central Malta Local Plan, which had already indicated congestion along L-Imdina Road, In-Nutar Zarb Road and other nearby roads as a major problem for Attard and nearby localities. Infrastructure Malta optimised these 2006 plans to augment long-term efficiency and sustainability, to mitigate adverse impacts on adjacent lands and to add safer infrastructure for bus passengers, pedestrians and cyclists, which are currently almost inexistent along this route.

The project will halve travel times in this area and drastically reduce congestion pollution in nearby residential areas by reconstructing 13 junctions, removing four traffic lights systems and adding over seven kilometres of new lanes along a 4.3-kilometre road corridor. Besides the new cycling and walking track, this investment also introduces other facilities for alternative modes of travel, including 10 kilometres of safe pedestrian footpaths, segregated crossings and bus lay-bys. Infrastructure Malta will also develop over 24,000 square metres of new landscaped areas along the project route. 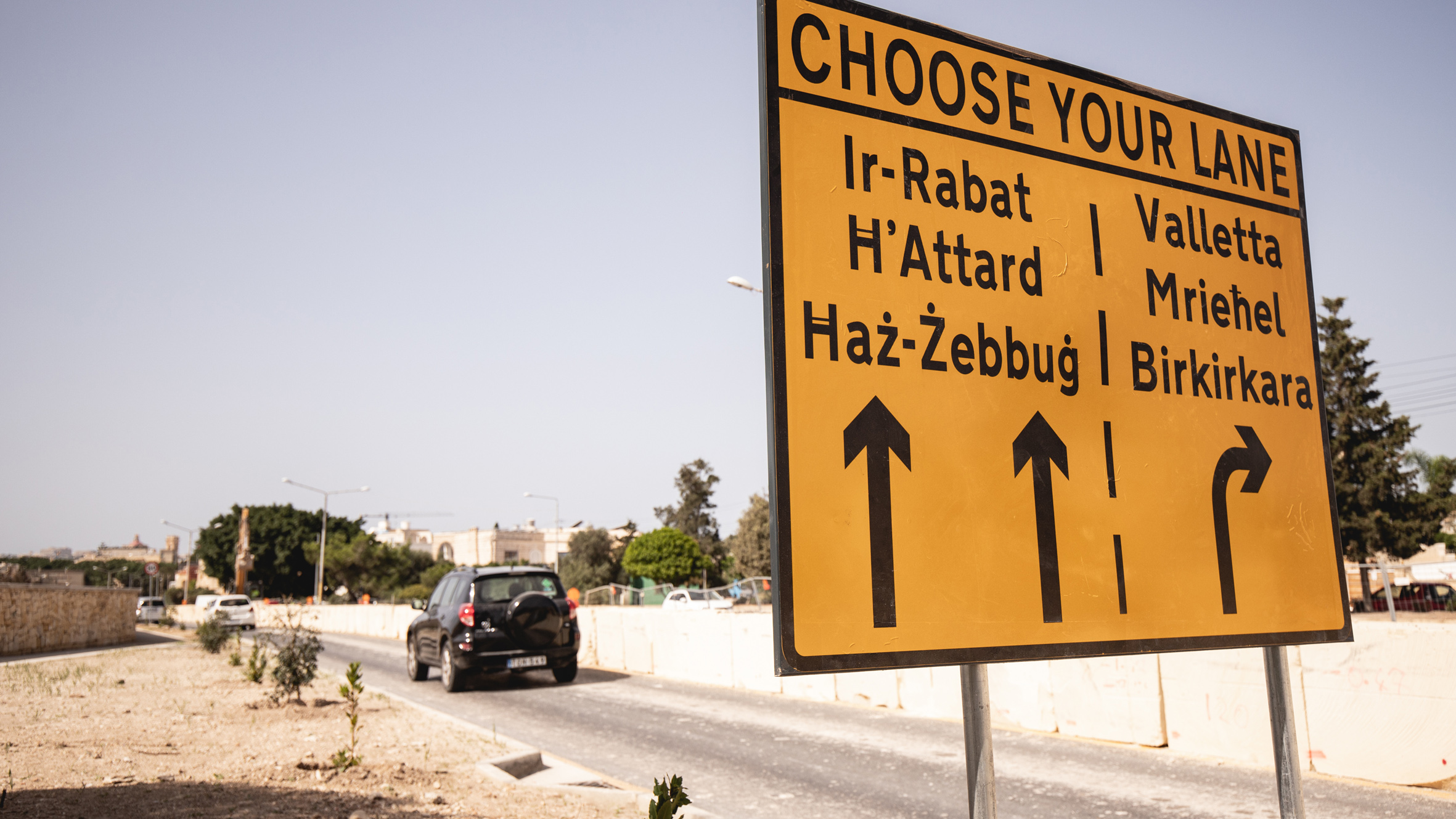 By eliminating existing bottlenecks and congested junctions, this investment will lead to major air quality improvements in several nearby residential areas in Mriehel, Birkirkara, Balzan and Attard. In fact, the project will reduce particulate matter by up to 66% by 2030, even when considering future transport demand. Similarly, nitrogen dioxide emissions will also decrease by 41%. Particulate matter and nitrogen dioxide are the two main pollutants linked to road transport emissions, and a major cause of respiratory illnesses.