The agency completed the final touches to the €1.3 million upgrade of Valletta Road (also known as Mqabba Road) last month. It redesigned this road to introduce a 750-metre footpath, since it did not previously have any safe pedestrian infrastructure. Infrastructure Malta also improved the road’s landscaped areas, with new trees and shrubs, new decorative lighting and a new automated irrigation system connected to a new 60,000-litre underground reservoir.

Infrastructure Malta also upgraded the road’s junction with Il-Konvoj ta’ Santa Marija Road, to facilitate connections between these two roads, along the main route to Mqabba, Qrendi and other nearby areas. The agency completed the rebuilding of Il-Konvoj ta’ Santa Marija Road in the beginning of 2021. Through a €1.2 million project, it rebuilt this road and its service roads. It also improved the safety of its connections with several residential roads in the centre of Mqabba with the introduction of roundabout junctions at crossroads and other traffic calming measures.

Infrastructure Malta finished the upgrade of these two roads with the planting of 1,620 trees, shrubs and other plants.

Since it was established three years ago, Infrastructure Malta rebuilt or resurfaced another 10 residential and rural roads in Mqabba. Works in more roads in this locality are planned to start soon. 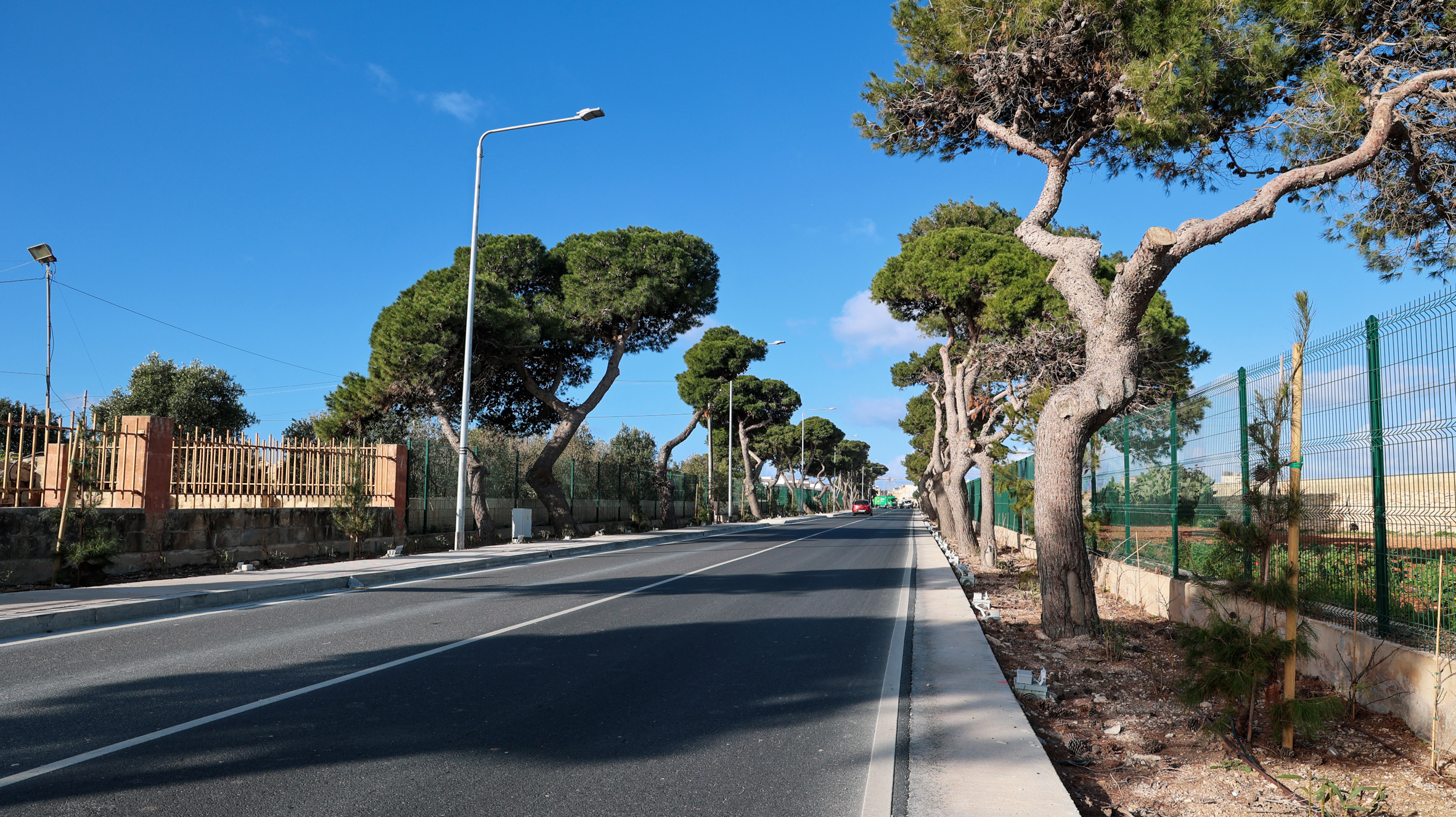