Protecting the Maghluq area of Marsaxlokk

Infrastructure Malta is implementing a €2 million project to protect the Marsaxlokk Nature Reserve and the sandy beach and fishers’ marina next to it from coastal erosion.

The agency is piloting an infrastructural intervention to reduce the gradual erosion and lateral displacement of sand and other coastal sediments caused by waves, wind and currents along the Maghluq area of Marsaxlokk Harbour. This stretch of coast includes the Nature Reserve’s protected saline marshland known as “Il-Ballut ta’ Marsaxlokk”, a very rare Maltese natural habitat and a Natura 2000 site. Next to this Reserve, there is a beach and a small marina for fishing vessels.

With the support and collaboration of the Environment and Resources Authority and the Superintendence for Cultural Heritage, Infrastructure Malta is forming two temporary groynes jutting out some 70 metres perpendicular to the shore. They consist of low peninsular structures built with hundreds of large limestone boulders to stop sands and other sediments from being dragged sideways from the marshland and the adjacent beach towards the harbour’s fairway and the fishers’ marina. 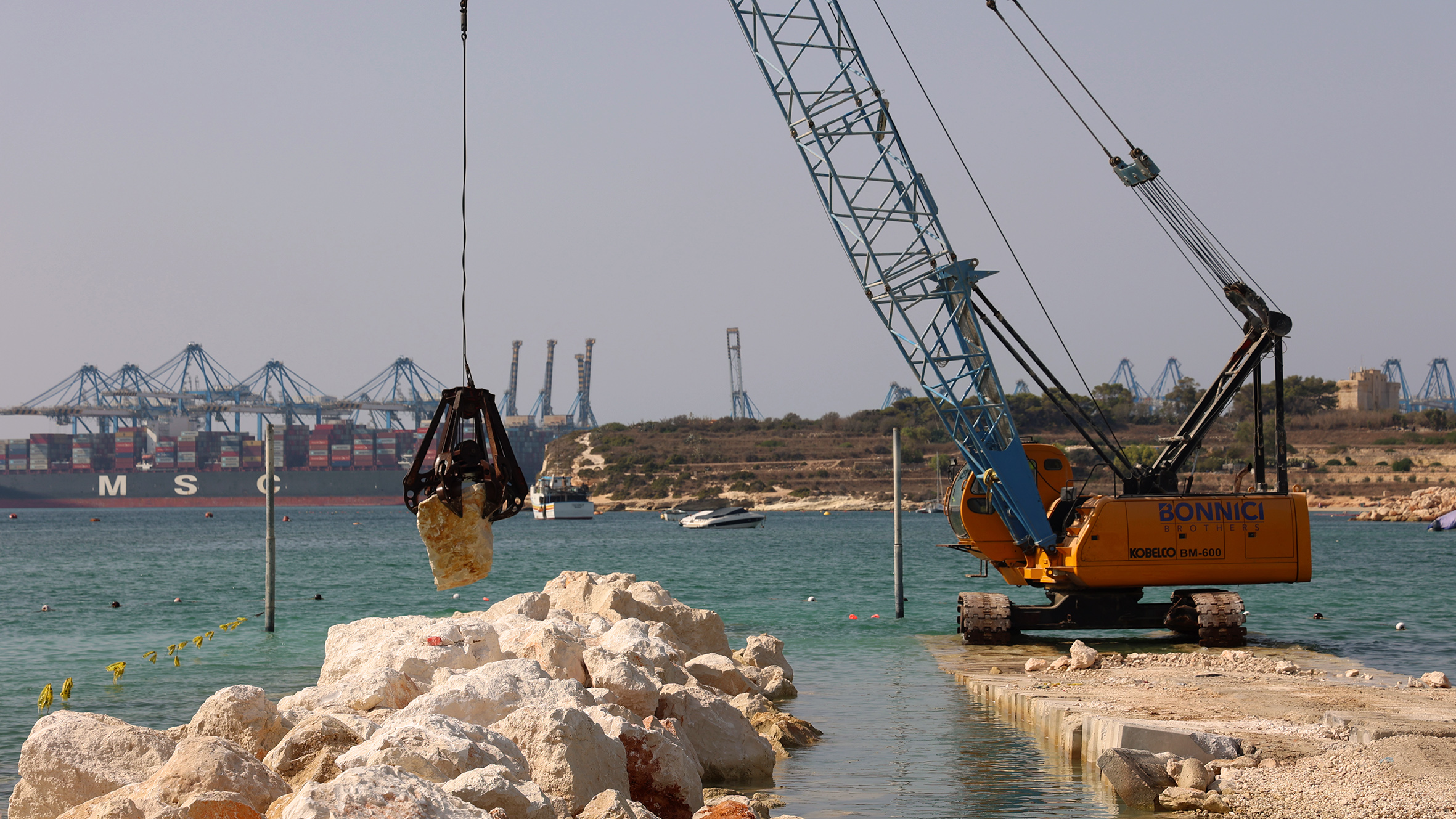 The area is subject to longshore sediment drift, a current that transports sand along the shoreline. Rough seas also cause overtopping, as large amounts of sand are deposited in the creek by wave action. These movements alter the seabed depths, rendering parts of the fairway unsafe to mariners. Shifted sand deposited in the marina reduces its accessibility as well. To further contain this overtopping, Infrastructure Malta is also building a low revetment wall along the outer part of the creek.

The agency’s maritime infrastructure team also launched mathematical studies to assess the effectiveness of these interventions and to design and plan longer-lasting structures to continue sheltering this side of the Marsaxlokk port.

Through this project, Infrastructure Malta is also raising parts of the marina’s quays, to improve their safety. Last year, the agency replaced the old pontoons in this marina with three new ones, each between 48 metres and 60 metres long. New ramps on the raised quays will make these pontoons accessible to all. Workers will also lay new underground networks to provide water and electricity services to this marina.

In the meantime, other parts of this shore are being upgraded through separate embellishment projects by other entities.

Last year, Infrastructure Malta completed another €4 million project to protect the other side of the inner part of Marsaxlokk Harbour with a new 110-metre breakwater at Qrejten Point.

The agency is currently also implementing several other coastal infrastructure investments in Malta and Gozo. Earlier this summer it completed the construction of new terminals for the new Gozo-Valletta fast ferry service. In Mellieha, it rebuilt one of the old Gozo ferry quays in Cirkewwa, while a short distance away it is now starting a €2.1 million reconstruction of the Marfa Breakwater.

Another project that will soon be ready is the €6 million upgrading of the quays, slipways and pontoons used by fishers in Gozo’s Mgarr Harbour. Other ongoing investments include the new landing facilities for passenger ferry services (water buses) from Sliema and Cospicua to Valletta, and the reconstruction of circa 600 metres of quays in the area known as Sally Port, in Vittoriosa, transforming a derelict site into a new promenade.