Infrastructure Malta is completing the first phase of the new footbridge at It-Tigrija Road, Marsa with new footpaths leading to this new connection and other nearby areas, and the elimination of a dangerous exit from an adjacent private road.

The new footpaths opening this week in this area will introduce a safer alternative to an existing pelican crossing across the southbound carriageway of It-Tigrija Road, along the main route between the Marsa Hamrun Bypass and Aldo Moro Road, the busiest road corridor in Malta. The agency is also blocking the irregular access of a nearby private lane onto the two-lane southbound carriageway of this road, to eliminate the accident black spot and major delays it is causing in this arterial road.

The It-Tigrija Road footbridge is creating a safer walking and cycling route between different residential areas of Marsa and the centre of Qormi (through Il-Gerrejja Alley). The first phase of the bridge, including its main crossing over It-Tigrija Road, is removing a critical safety risk along a very popular pedestrian route from the centre of Marsa (Il-Jum Street and Il-Marsa Street areas) towards several locations of Marsa and Qormi on the other side of It-Tigrija Road, including the Marsa Park and Ride bus terminus (L-Iljun Road, Qormi), the Marsa Sports Grounds and several other nearby industrial, retail and residential locations. 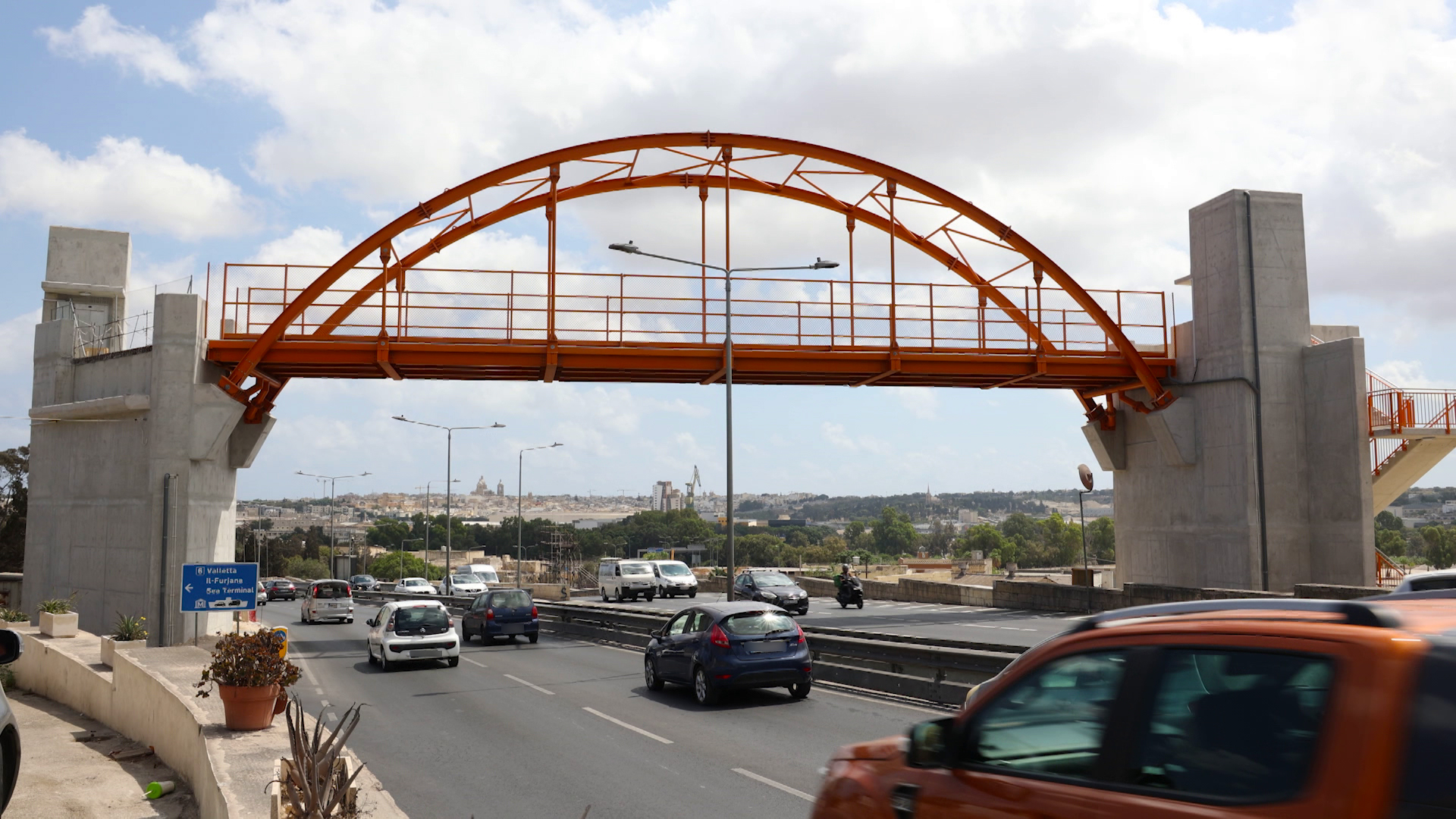 To reach these destinations, many pedestrians used to cross the five lanes of It-Tigrija Road and its slip roads, which did not have any form of safe crossing. Pedestrians needed to go over steel crash barriers and cross a high-speed section of the road, as vehicles went up the ramp from Dicembru Tlettax Road’s northbound carriageway to the Marsa-Hamrun Bypass.

Whilst the footbridge’s deck and staircases were opened to pedestrians earlier this summer, this week this phase of the project will be ready with the commissioning of the new elevators on either side of the structure and other related finishes. Infrastructure Malta is also completing the new footpaths leading to the bridge and to a residential and industrial area (Jean de la Cassiere Street) on the other side of this road. These footpaths will be signposted to guide pedestrians to their destination. They will also be separated from the road’s carriageways with steel fencing. Infrastructure Malta is also embellishing this area with several new trees and shrubs.

Studies carried out by Transport Malta and Infrastructure Malta in recent months confirmed that the irregular connection between It-Tigrija Road and an adjacent private road is causing serious collision risks as well as travel time delays and congestion pollution along this busy route. Footage captured as part of these studies shows heavy vehicles dangerously reversing onto oncoming traffic, to get in or out of this private lane serving a few warehouses, at times blocking the road even for emergency vehicles. Individuals could be observed irregularly stopping oncoming traffic to let these vehicles exit or enter the private road, putting themselves and other road users at risk. This connection will be blocked off in the coming days. 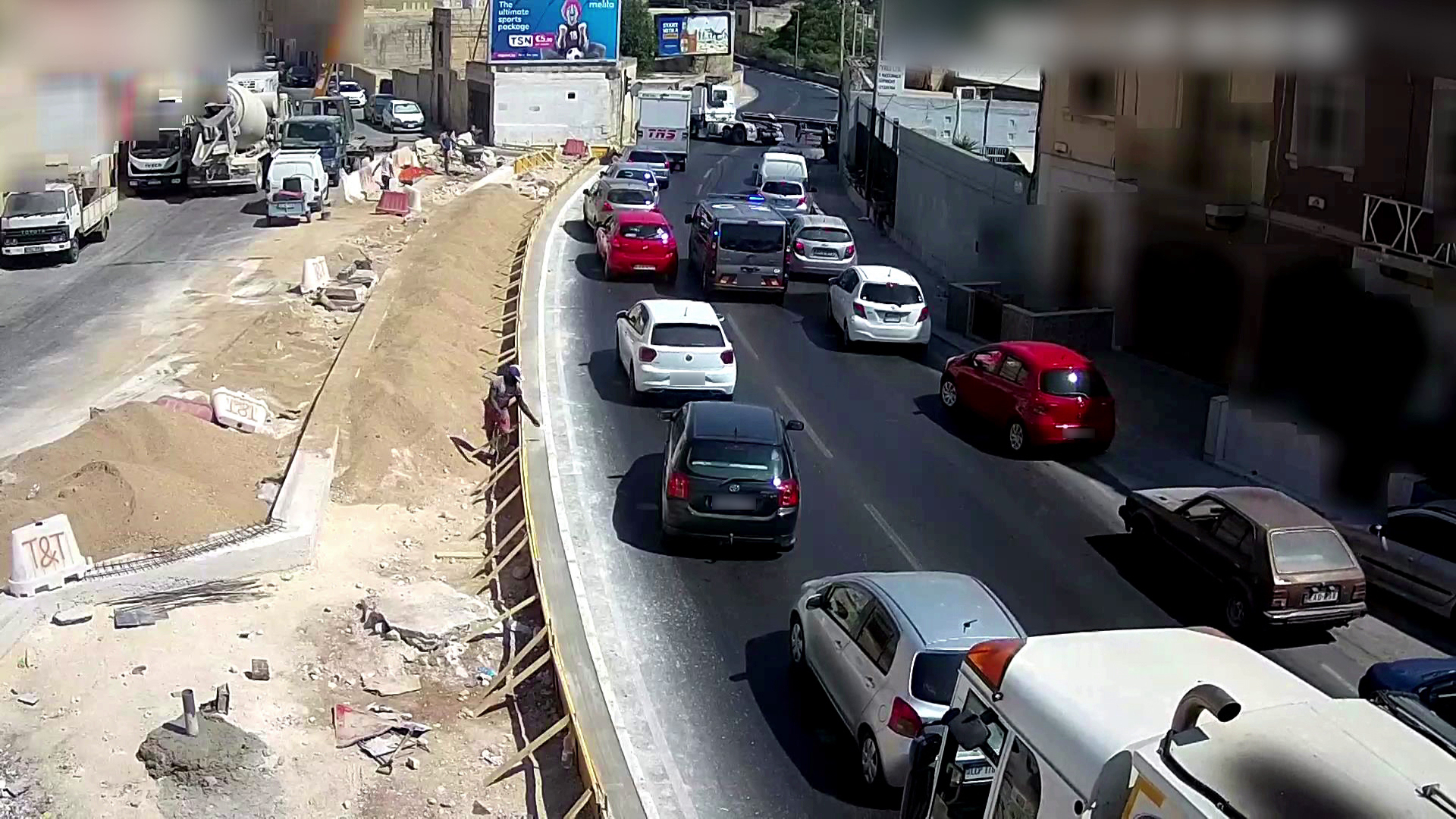 The second phase of the It-Tigrija footbridge project is in progress as well. It includes a second bridge deck to replace an existing zebra crossing at the one-lane off-slip connecting It-Tigrija Road’s southbound carriageway with Dicembru 13 Road, towards Valletta. This 23-metre structure will connect Il-Jum Street, Marsa with the deck of the footbridge already in place.

In 2020, Infrastructure Malta invested €5.9 million to build three new bridges for cyclists and pedestrians at Blata l-Bajda (San Gorg Preca Road), Luqa (L-Avjazzjoni Avenue) and Paola (Dom Mintoff Road). This year it opened another two footbridges and an underpass for pedestrians and cyclists as part of the Marsa Junction Project. The agency also opened a new subway beneath Tal-Barrani Road, between Santa Lucija and Tarxien. It is currently planning similar projects for safer connections for alternative modes of travel in other localities.