Infrastructure Malta opened the new bridge for pedestrians, bus passengers and cyclists in L-Avjazzjoni Avenue, for safer connections between Luqa, Gudja, the Malta Airport, the Institute of Tourism Studies and other nearby locations.

Through this €2.3 million investment, the agency designed and built an innovative architectural structure to create a segregated crossing over the five-lane L-Avjazzjoni Avenue, along one of the network’s busiest routes to southern Malta, as well as the main link to the Airport and the Kirkop Tunnels. The bridge incorporates helical ramps and lifts to facilitate safe pedestrian, public transport and cycling commutes in this area, with direct links to this avenue’s bus stops, footpaths and cycle lanes. 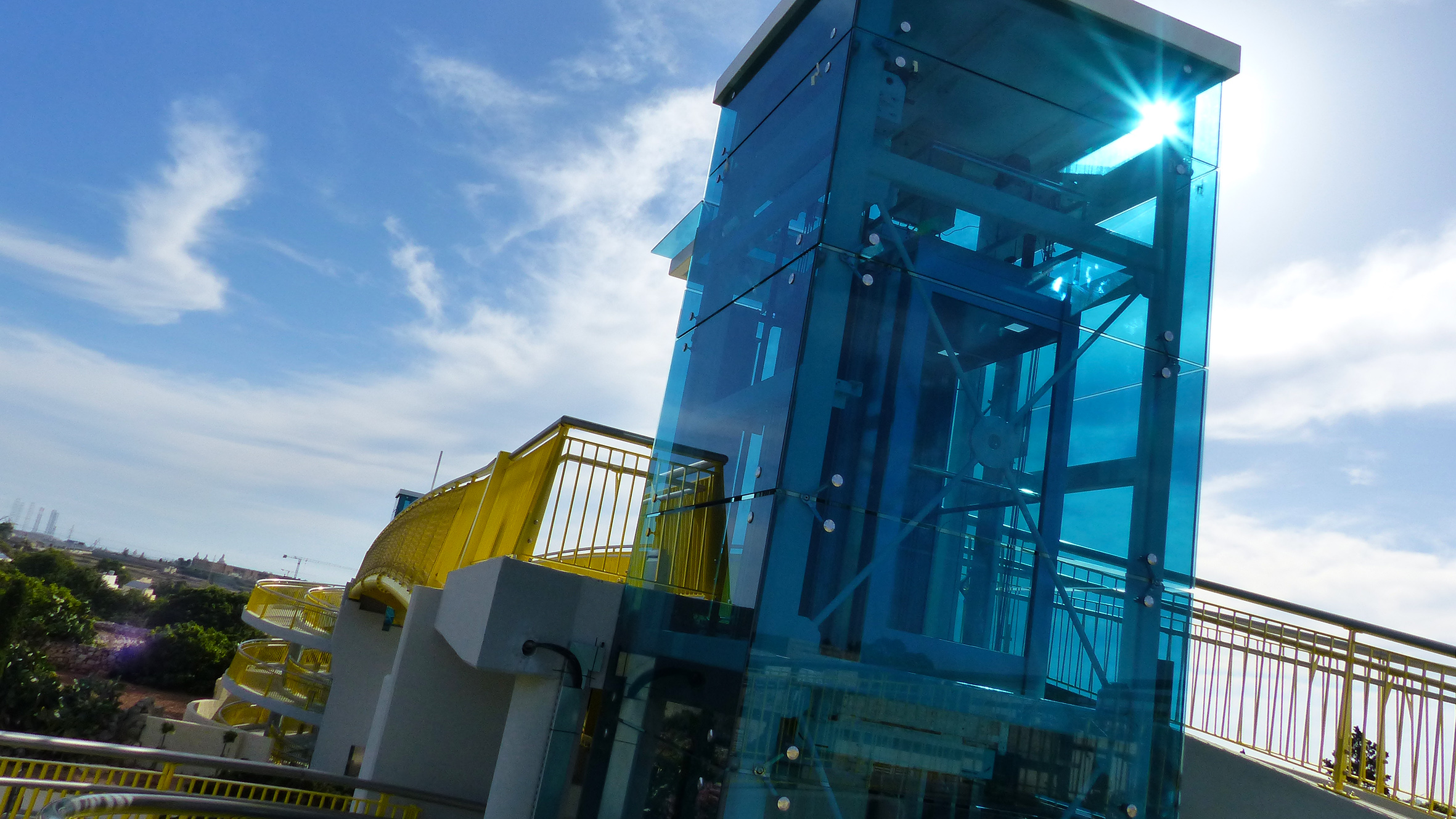 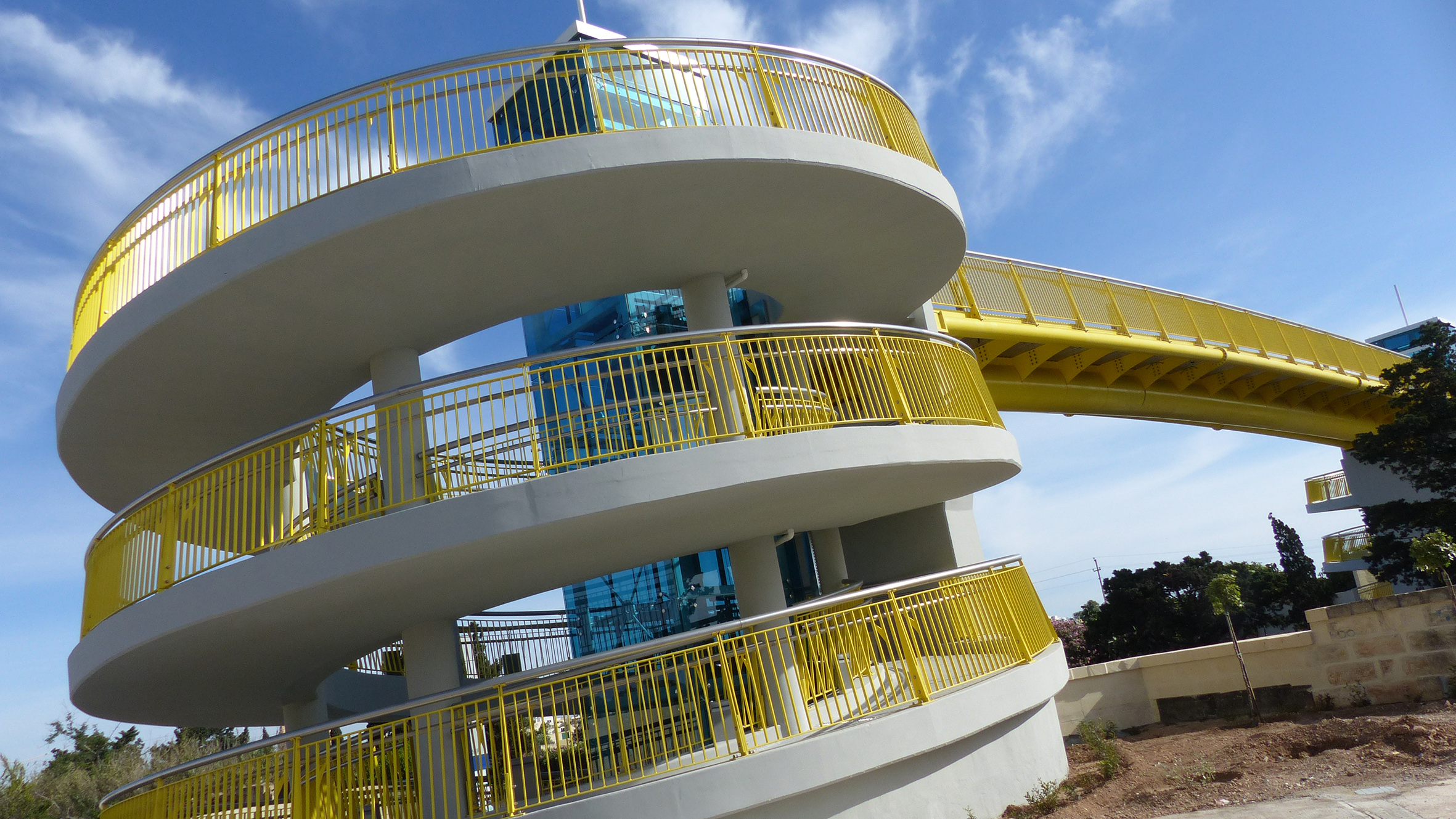 The agency’s contractors started building the bridge foundations and pillars during the second half of 2019, whilst fabricating its steel deck in a specialised metalworks factory in Italy. The 43-tonne deck arrived in Malta to be lifted in place last February. Workers finalised the construction of the ramps and installed its lifts, safety equipment, railings and lighting systems during the last few weeks. In new landscaped areas around the bridge, Infrastructure Malta planted over 15 new indigenous trees and 130 shrubs.

Two reinforced concrete pillars on either side of L-Avjazzjoni Avenue support the bridge’s 34-metre deck, rising over seven metres (two storeys) above the road. The pillars form part of two identical access and support 14-metre high towers including helical concrete access ramps that lead pedestrians and cyclists up to the gently-sloped bridge deck. In the centre of each spiral structure, there are lifts to ensure that this infrastructure is accessible and comfortable to everyone, in line with guidelines established by the Commission for the Rights of Persons with Disability.

The new bridge also links the two bus lay-bys (Avjazzjoni) at opposite sides of the road to provide safer access to public transport passengers and to the cycle lane and footpaths leading to the Airport and to other nearby localities.

This project is one of over six segregated pedestrian and cycling road crossings that Infrastructure Malta is introducing in Malta’s arterial roads in 2020 and 2021. This summer, it will open another 105-metre footbridge at Blata l-Bajda to connect several locations in Hamrun, Floriana and Marsa. It is also starting the construction of a footbridge in Dom Mintoff Road, for safer walking and cycling routes between the Malta College of Arts, Science and Technology (MCAST)’s main campus, the residential and industrial zones of Corradino and the centre of Paola.

Other new segregated road crossings are included in several ongoing or upcoming Infrastructure Malta road projects, such as the Central Link Project in Mriehel, Birkirkara, Balzan and Attard, and the Marsa Junction Project, between Paola and Marsa. The agency is planning more footbridges, subways, segregated cycle tracks and footpaths in other parts of the national road network, to continue encouraging more road users to choose alternative, more sustainable modes of travel for increased wellbeing and improved air quality in Malta. 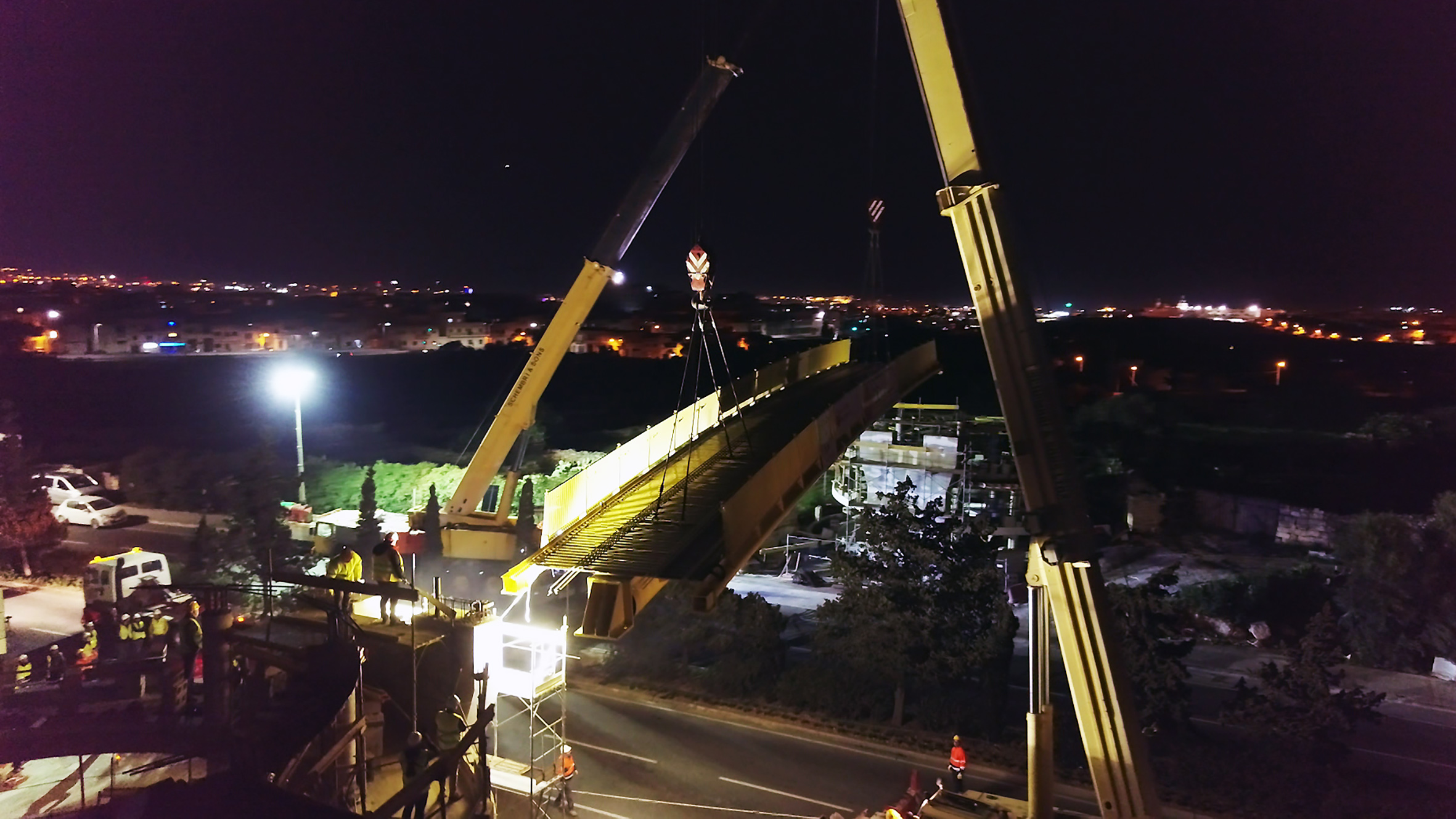