New Cospicua ferry landing facilities in first half of 2022

Infrastructure Malta is opening new landing facilities for ferry passengers in Cospicua during the first half of 2022, after final installation works in the coming months.

The new ferry landing facilities form part of a €5 million project part-financed by the European Regional Development Fund (ERDF) of the European Union, to introduce safer infrastructure for passengers of this alternative mode of public transport between Cospicua, Sliema and Valletta.

The agency’s contractors completed the first phase of the Cospicua landing site earlier this year. It included the construction of a complex quay structure almost three storeys underwater, supported on 19 concrete piles drilled even deeper into the seabed. The quay is located along the seafront pedestrian route connecting the Dock 1 area of Cospicua with Senglea (through the Dock 1 bridge) and with the Vittoriosa Waterfront and Kalkara, making it easily accessible to residents, workers and visitors in these localities. 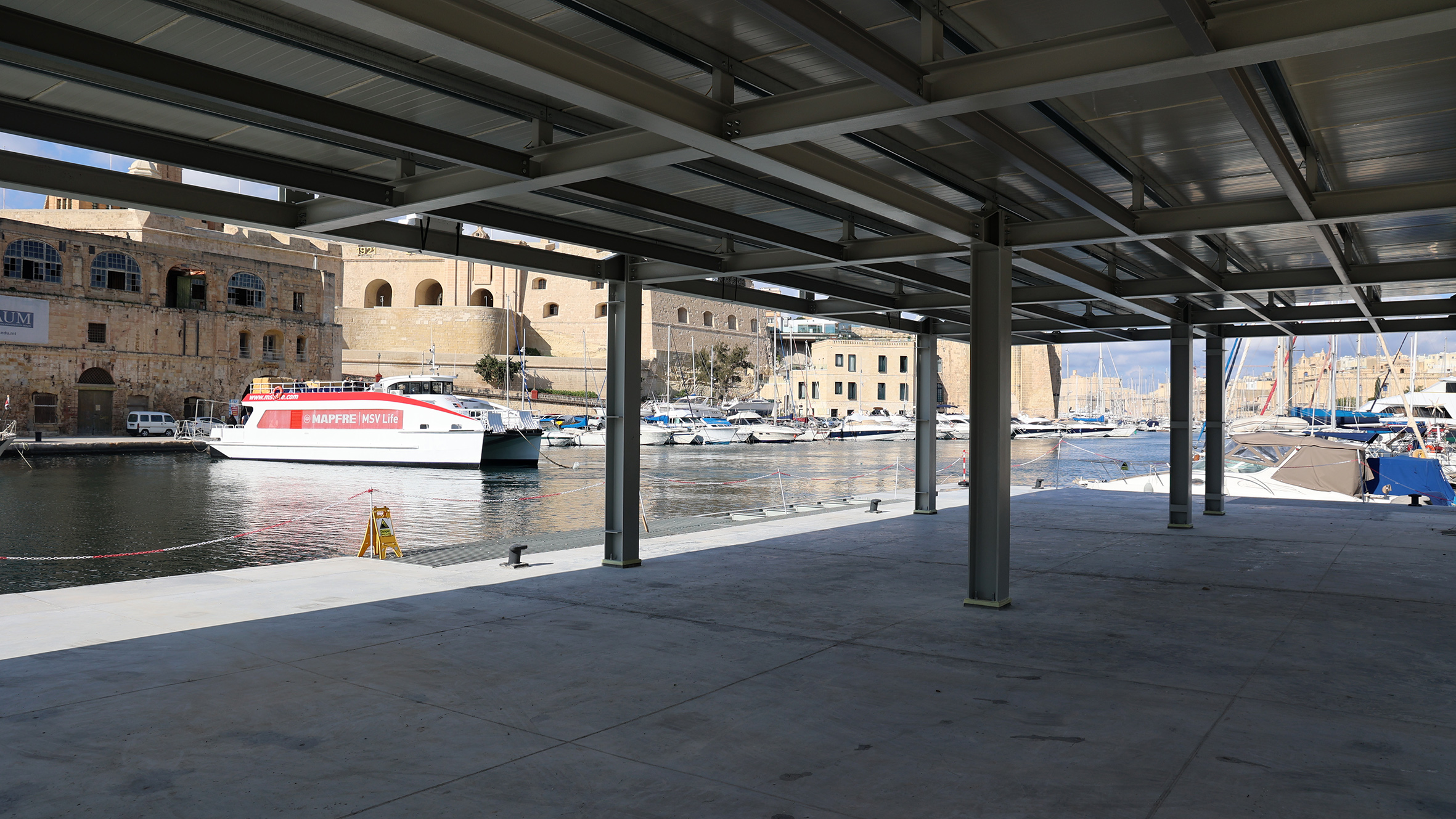 As part of this EU-funded project, Infrastructure Malta is also finishing a similar ferry landing quay in the Ferries area of Sliema. Once this quay’s construction is ready, next year it will start equipping it with new facilities for passengers, like the ones in Cospicua. This landing place is also planned to be completed in 2022. Meanwhile, the agency will soon launch an upgrade of the existing ferry landing site at the Marsamxett side of Valletta as well.

As ferry passenger patronage continues to increase, Infrastructure Malta is planning new infrastructure to extend this mode of public transport beyond the Grand Harbour and the Marsamxett Harbour, towards St Paul’s Bay.

Last summer Infrastructure Malta built the two terminals for the new Gozo-Valletta fast ferry service for passengers travelling between the two islands. It also finished the rebuilding of three jetties in St Thomas Bay, Marsascala. In Mellieha, it rebuilt the deck of one of the old Gozo ferry quays in Cirkewwa, while a short distance away it is now upgrading the Marfa Breakwater.

Another EU-funded project that will soon be ready is the €6 million development of quays, slipways and pontoons for fishers in Gozo’s Mgarr Harbour. Other ongoing investments include the reconstruction of the quays in the area known as Sally Port, in Vittoriosa, transforming a derelict site into a new promenade.

Infrastructure Malta is also implementing the €49.9 million Grand Harbour Clean Air Project, to develop shore power facilities for cruise liners and Ro-Ro cargo vessels while berthed in port. Part-financed by the European Union’s Connecting Europe Facility, this investment will cut over 90% of the air pollution that these ships produce when visiting Malta. 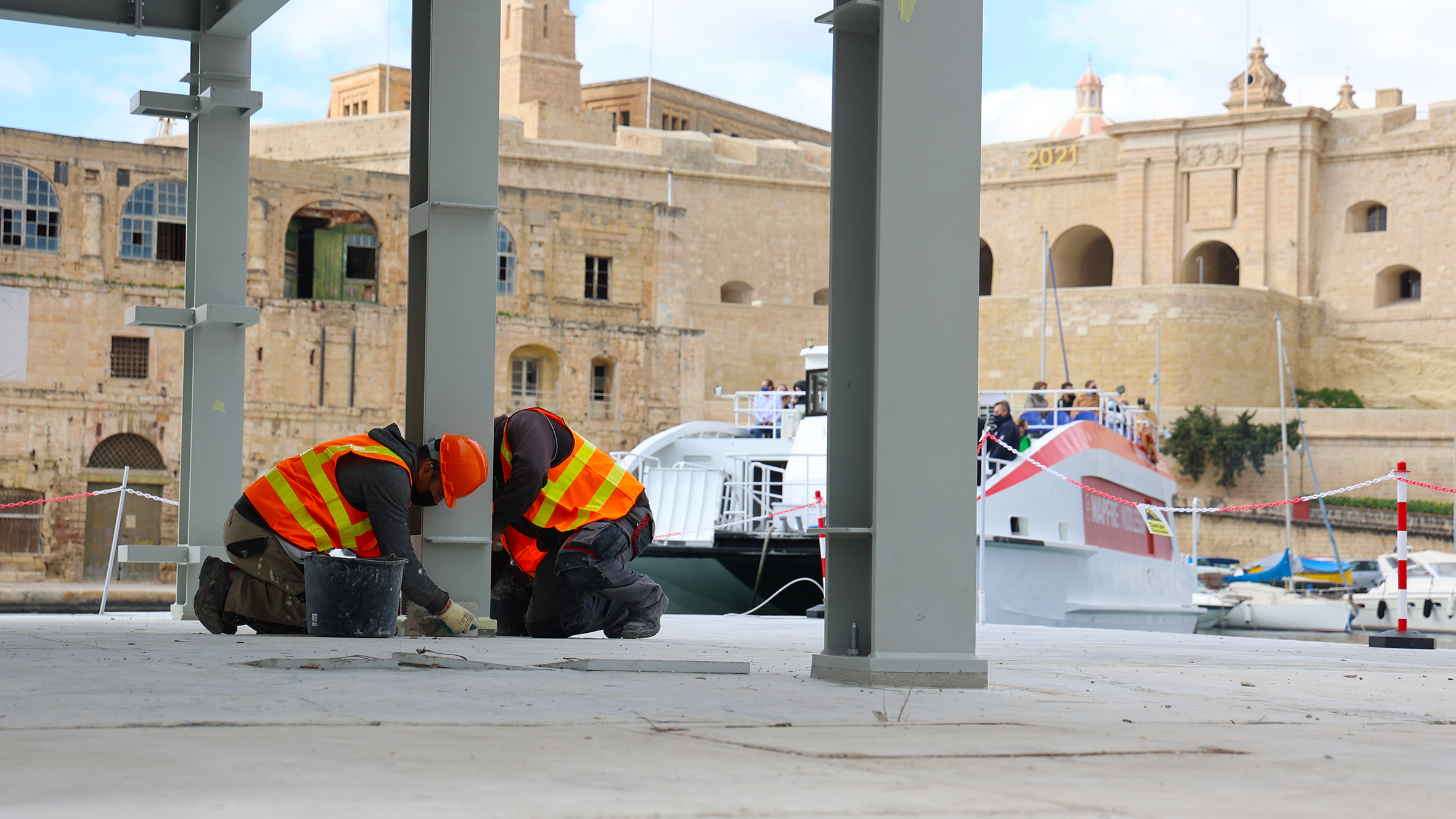