Infrastructure Malta is working to complete the Marsa Junction Project and the Santa Lucija Roundabout Underpass Project, two multi-million investments along the main route to southern Malta, by the end of the year.

In the coming days, the agency’s contractors will be using 1,280 tonnes of asphalt to lay the base layers of the surface of some of these projects’ new lanes, including the northbound carriageway of Santa Lucija Avenue as well as the lanes that will link this road to the Addolorata Cemetery, to the Marsa Junction Project’s new park and ride facilities and to other new roads in the same area. 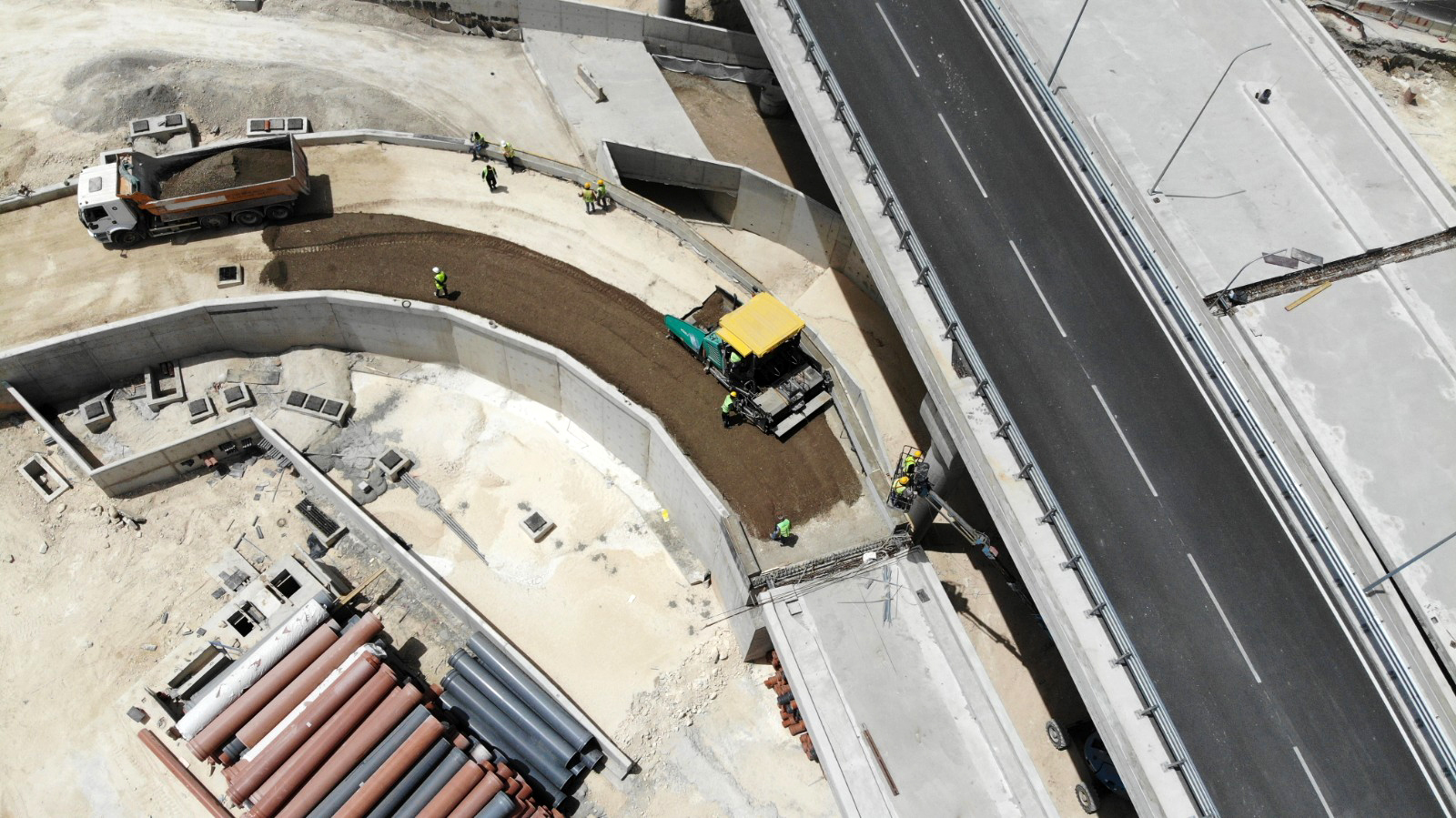 Over 65% of the Marsa Junction Project is ready. The construction of the structures of this project’s seven flyovers are now in place. Over 100,000 road users travel through this junction every day to and from several localities in southern Malta. This project is reducing travel times and congestion pollution caused by the traffic lights system that controlled this junction until late last year, when the first three flyovers were opened.

Preparations to start laying asphalt over the other four flyovers are in progress as well. Whilst the ongoing measures to contain the spread of the Coronavirus pandemic have limited the availability of human resources required to complete the final works of these flyovers, Infrastructure Malta is still aiming to open them to road users by end June 2020, as originally planned.

The agency is also building new footpaths, park and ride areas, cycle lanes, landscaped areas, reservoirs and other facilities to create safer connections for bus passengers, pedestrians and cyclists, encouraging commuters to shift to more sustainable modes of travel. These new facilities are scheduled to be ready by the end of the year. 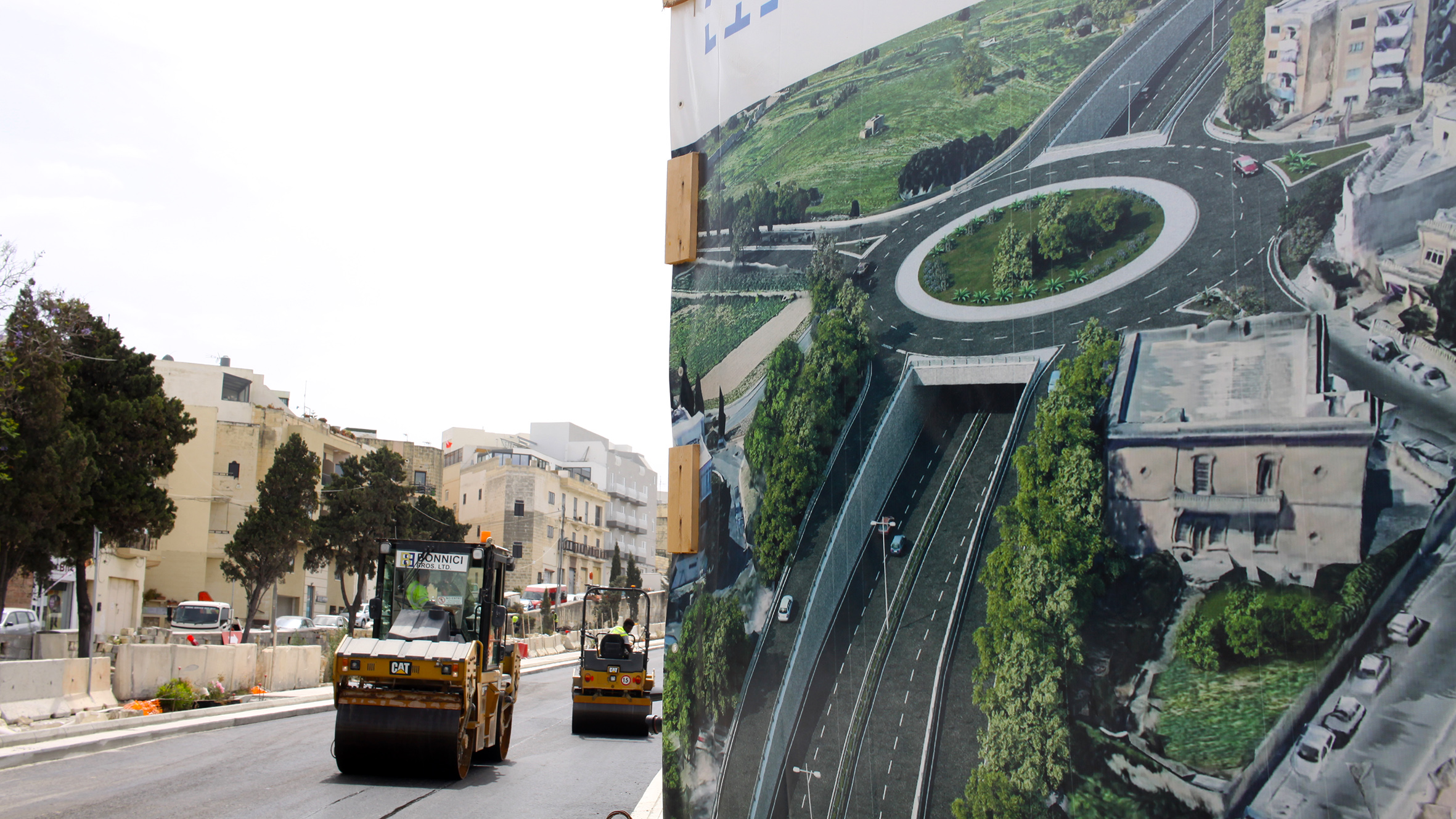 Infrastructure Malta has recently also exceeded the halfway mark of the Santa Lucija Roundabout Underpass Project. This project includes two cut-and-cover tunnels beneath the Santa Lucija roundabout, to directly connect Santa Lucija Avenue (Addolorata Hill) with Tal-Barrani Road. Above this underpass, the existing roundabout will be rebuilt in a new design that facilitates safer and quicker access to the residents of Santa Lucija, Paola and Tarxien.

The excavation of the 130-metre approach ramps to the tunnels on either side of the roundabout is almost ready. Infrastructure Malta’s contractors are now excavating the final section of this connection, beneath the roundabout. Most of the retaining walls of the approach ramps are ready as well. Infrastructure Malta is using 398 precast reinforced concrete panels to form these walls. The construction of the four slip roads connecting the roundabout to Santa Lucija Avenue and Tal-Barrani Road is in progress as well. In the coming months, these ramps will be used as temporary diversion lanes, to complete the final section of the tunnel structure.

The project’s new shared pedestrian and cycling path, almost a kilometre long, will form part of a longer safe cycle route connecting Luqa, Santa Lucija, Tarxien, Paola, Marsa and Qormi. The first stretch of this bi-directional path was developed as part of the reconstruction of Hal Luqa Road, next to Santa Lucija’s Garden of Serenity. Infrastructure Malta is now extending it down the northbound carriageway of Santa Lucija Avenue, until it reaches Marsa, where other segregated cycling tracks and a cycling and pedestrian underpass are being developed through the Marsa Junction Project.