Infrastructure Malta is completing the laying of the high voltage underground cables that will energise shore-to-ship electricity systems for cruise liners visiting Malta, cutting 90% of their air pollution in the Grand Harbour.

Grand Harbour Clean Air Project (GHCAP) is a €49.9 million environmental investment to develop the electricity infrastructure for cruise liners and cargo ships to switch off their gasoil- or heavy-fuel-oil-fired engines and plug in to shoreside electricity to energise their onboard systems whilst they are berthed at port. Through this project co-financed by the EU’s Connecting Europe Facility, Infrastructure Malta is improving air quality for 17,000 families living in the Grand Harbour area. 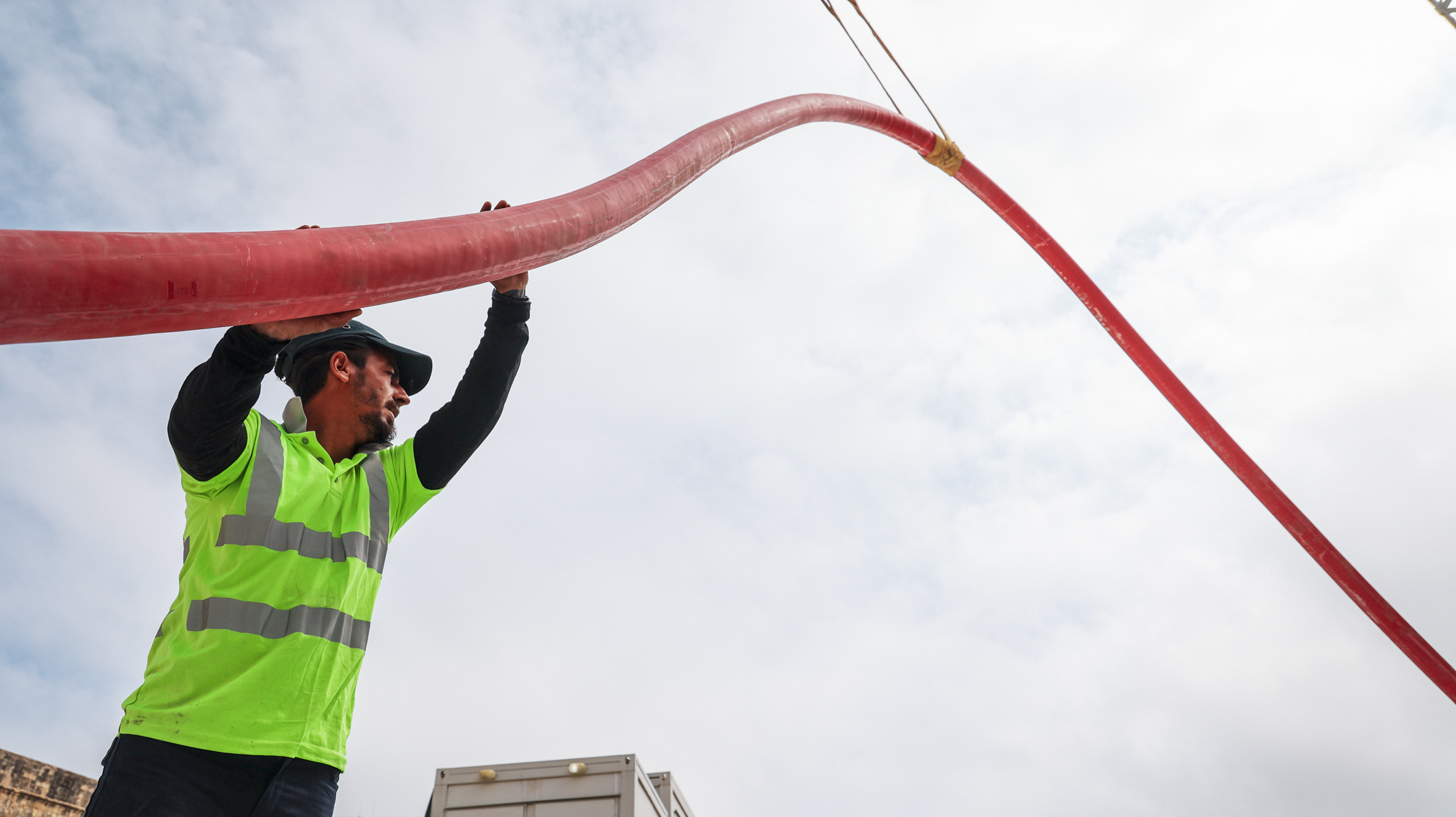 The first shore-to-ship connections of the cruise liner quays at Pinto Wharf, Floriana and Boiler Wharf, Senglea are scheduled to be commissioned in the second quarter of 2023, making Malta one of the first in Europe to adopt this environmental technology on a port-wide scale.

This week, the agency laid the last stretch of underground cables of the eight-kilometre 33-kilovolt network that will distribute electricity from an Enemalta plc distribution centre at Jesuits Hill Marsa to the project’s two new frequency converter stations at the Deep Water Quay, in Marsa and Boiler Wharf, in Senglea. This summer, it will be completing this backbone network with the submerging of 800 metres of subsea cables from Bridge Wharf, Marsa to Coal Wharf, Corradino.

Meanwhile, Infrastructure Malta also laid 20 kilometres of another network of 90 kilometres of 11-kilovolt cables and control cables that will connect the equipment in the frequency converter stations with the quayside stations and the 17 ship connection points on the Grand Harbour quays in Valletta, Floriana, Marsa and Senglea. 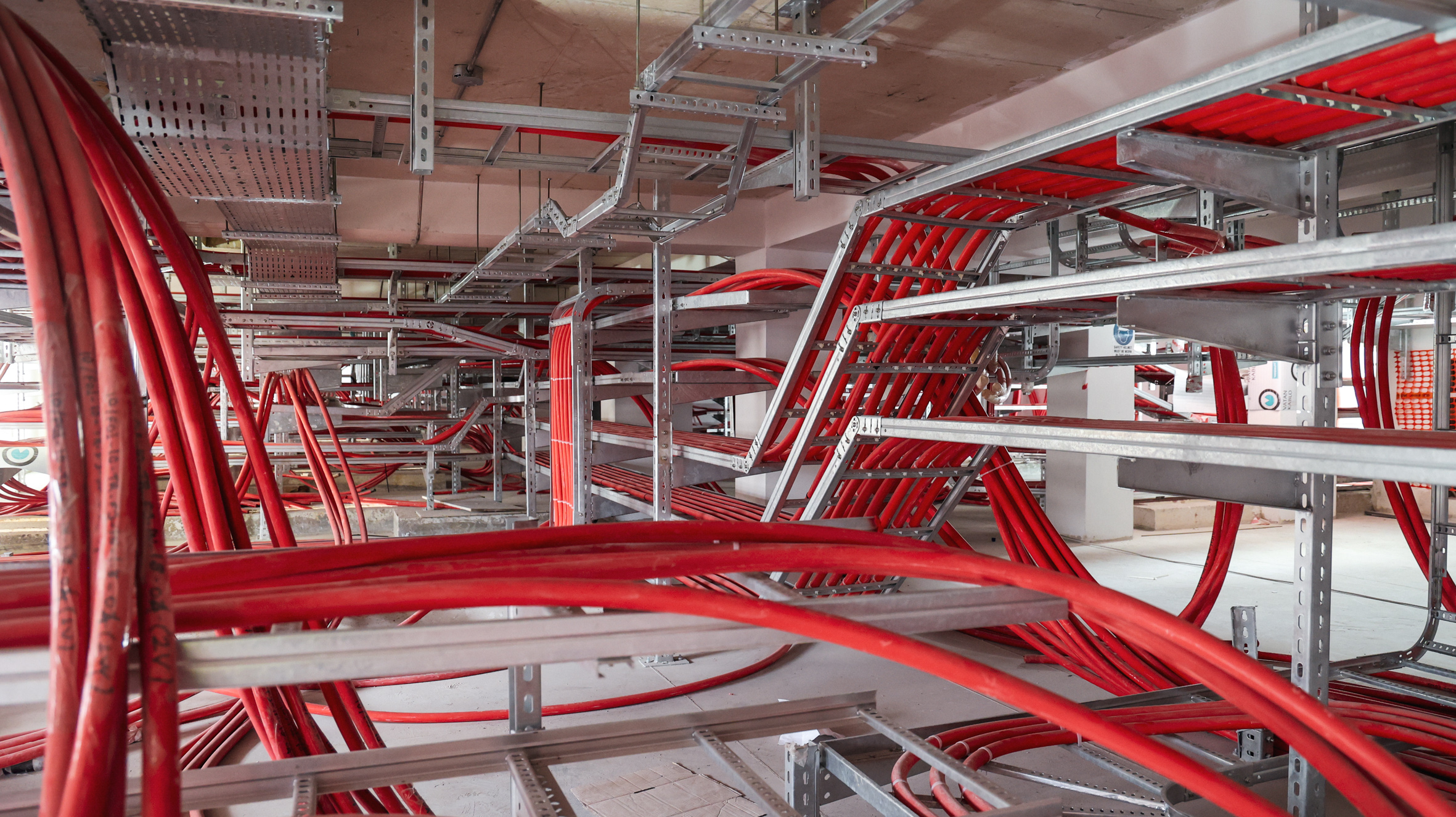 The project contractors completed the construction of this project’s two frequency converter stations last January. The two buildings are located at the Deep Water Quay in Marsa and inside part of a large British-era shed at Boiler Wharf, Senglea. Engineers and technicians are now equipping these buildings with the required systems, including 18 transformers ranging from 0.5MVA to 21 MVA, four frequency converters and 71 switchgear units, which together will convert and control the distribution of electricity to the frequencies and variable power outputs required by vessels visiting the Grand Harbour. 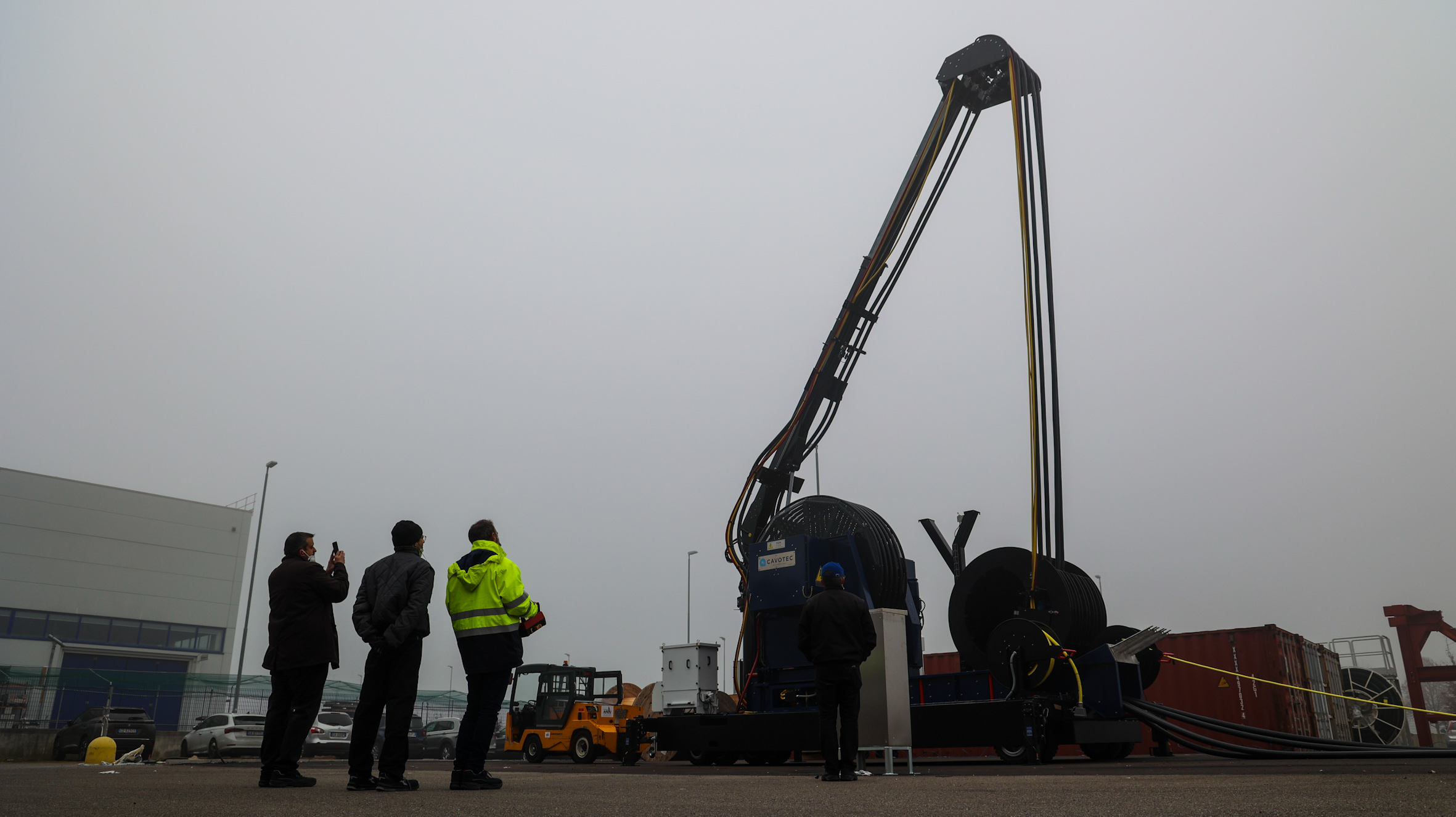 These electrical systems are gradually arriving in Malta from factories in the Czech Republic, Italy and Turkey. Besides equipment for the frequency converter stations and for two smaller quayside stations at Pinto Wharf, Infrastructure Malta is also receiving other quayside systems, including electric towing tractors and cable management vehicles equipped with cranes to move, lift and position the heavy cables that will energise the ships. The integrated shore power electrical system is custom designed to the project’s specifications, combining standard and custom-made equipment. Each unit must pass rigorous factory acceptance testing under the supervision of the project engineers before it is shipped to Malta. 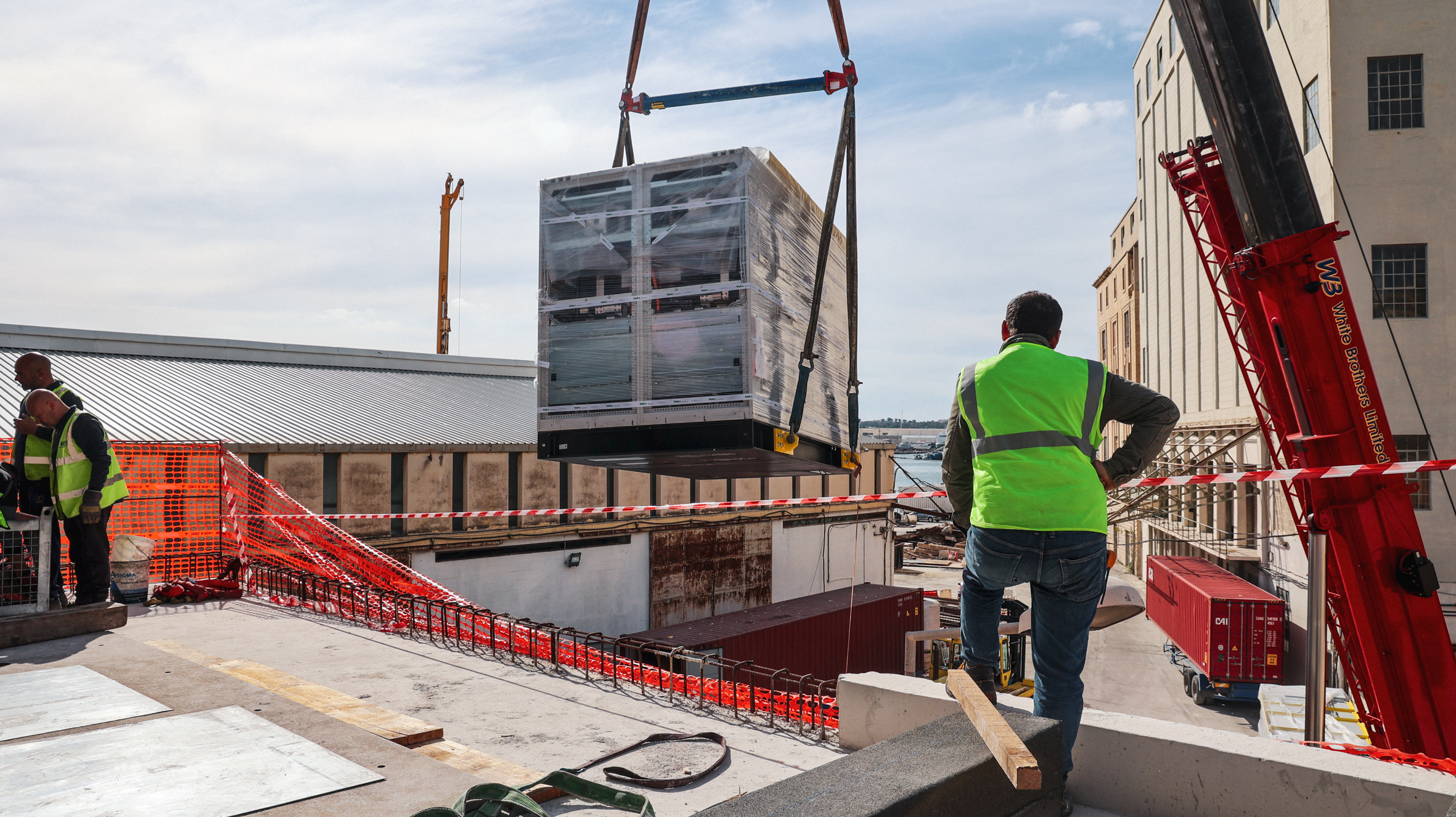 The project will introduce shoreside electricity in the Grand Harbour’s main cruise liner quays in Floriana, Marsa and Senglea. Infrastructure Malta will subsequently extend this technology to Laboratory Wharf and to Ras Hanzir (Fuel Wharf), in Paola, to Lascaris Wharf in Floriana and to parts of the Palumbo Shipyards and the Mediterranean Maritime Hub. At Ras Hanzir, the agency will soon launch the construction of a new 360-metre cargo handling facility to expand the Harbour’s capacity, flexibility and efficiency.

Preliminary studies indicate that as a result of the GHCAP, within 20 years Malta will save up to €375 million in costs linked to the measurable consequences of air pollution, such as effects on health, the natural environment, infrastructure and agriculture. It will also reduce the impact of cruise liner noise and engine vibrations in the Grand Harbour area.

Through this project, Infrastructure Malta will drastically reduce the emissions of cruise ships visiting Malta. By switching off their auxiliary engines, cruise liners will emit 93% less nitrogen oxides, 92.6% less particulate matter and 99.6% less sulphur dioxide. These pollutants are among the principal causes of respiratory illnesses and other health problems. GHCAP will also cut 39.6% of the cruise liners’ carbon dioxide emissions, which contribute to the climate emergency. 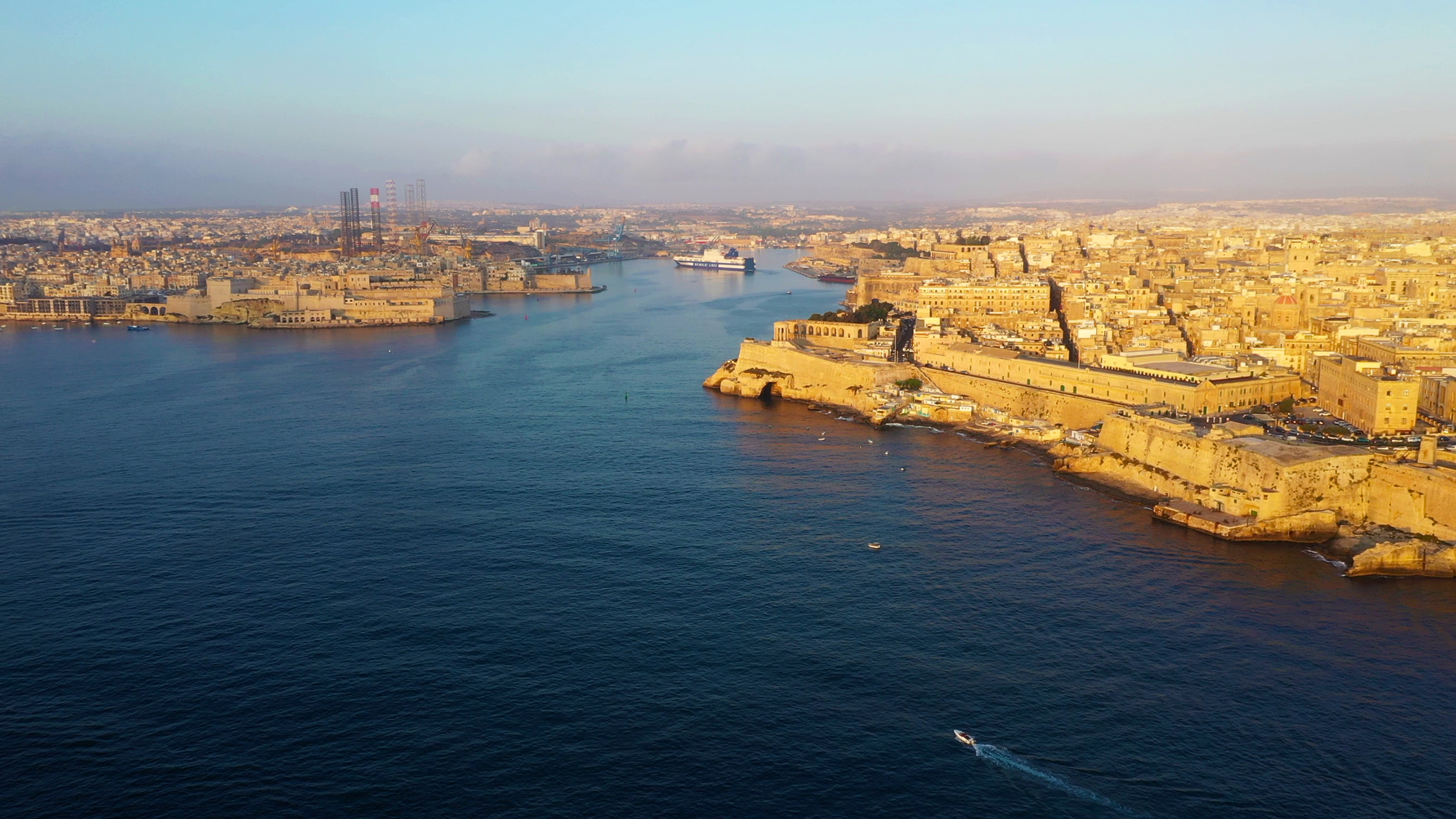