Infrastructure Malta is launching a €49.9 million shore side electricity project to cut over 90% of the air pollution that cruise liners and Ro-Ro ships produce when visiting the Grand Harbour.

The Grand Harbour Clean Air Project includes the development of the electricity infrastructure required for cruise liners, and eventually Ro-Ro vessels, to switch off their gas- or heavy-fuel-oil-fired engines and plug in to shore side electricity to power their onboard systems, including their catering and “hotel” services, whilst they are berthed at port. The first of this two-phased project includes a €37 million investment to provide shore power (also known as cold ironing) on the five main cruise ship quays of the Grand Harbour by end 2023. The second phase will extend the project to another two quays, which are also used by Ro-Ros. 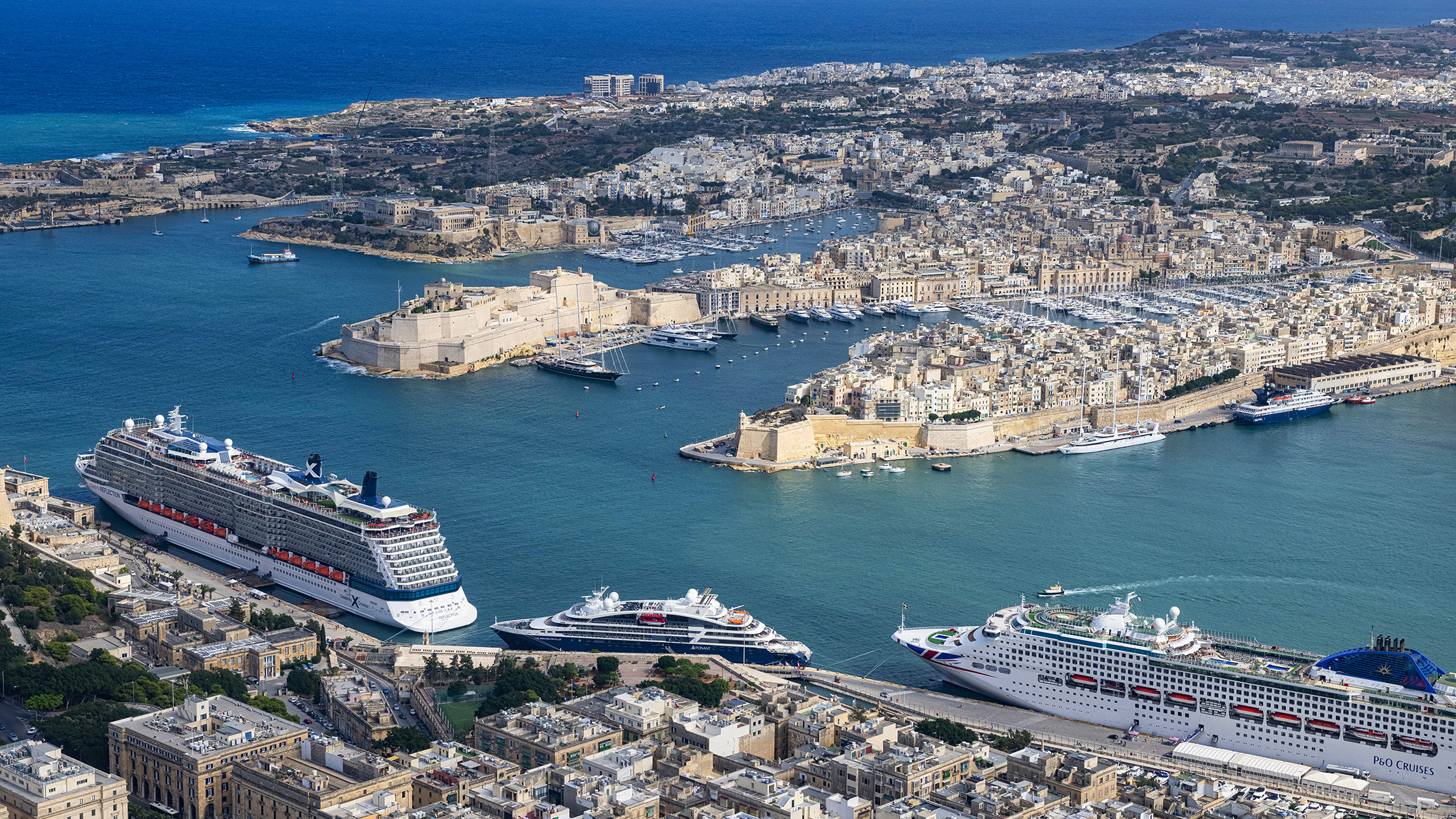 Through the first phase of this Infrastructure Malta project, the emissions of cruise ships visiting Malta will be drastically reduced, improving air quality in several localities in the northern and southern harbour regions. By switching off their auxiliary engines, cruise liners visiting Valletta will emit 93% less nitrogen dioxide, 92.6% less particulate matter and 99.6% less sulphur dioxide. These pollutants are among the principal causes of respiratory illnesses and other health issues. The first phase of the Grand Harbour Clean Air Project will also cut 39.6% of the cruise liners’ carbon dioxide emissions, which contribute to climate change.

The first phase of the project  includes the installation of two frequency converter stations and the laying of a 22-kilometre underground and subsea cable network to distribute electricity from Enemalta’s nearest primary substation (distribution centre) in Marsa, to Pinto Wharf (three quays), in Floriana, the Deep Water Quay, in Marsa and Boiler Wharf (one quay), in Senglea. These are the main quays used by cruise liners visiting Malta. Shore side transformers and shore-to-ship connection panels will link this network to the vessels to be able to switch off their engines as soon as they berth.

Preliminary studies indicate that through this project, within 20 years Malta will save up to €375 million in costs linked to the measurable consequences of air pollution, such as impacts on health, the natural environment, infrastructure and agriculture. It will also reduce the impact of noise and engine vibrations in the Grand Harbour area. These health and environmental benefits will make the project the second-largest contribution to improved air quality in Malta following the decommissioning of heavy fuel oil power stations in Marsa and Marsaxlokk in 2017.

Most of the cables required to connect the quays to Enemalta’s Marsa North Distribution Centre will be laid in existing or new underground culverts, or buried in trenches, in nearby roads. Some cables crossing the Harbour will be buried in undersea trenches. Two frequency converter stations are required to convert electricity to the frequencies used on board cruise liners and other ships. One of them will be installed in part of an old industrial shed in Boiler Wharf, which will also be restored and conserved as part of Malta’s industrial heritage. Another frequency station will be built in the Deep Water Quay area, next to an existing industrial structure.

Infrastructure Malta has already submitted the initial project plans to the planning and environmental authorities to launch the applicable development permitting process, including public consultation. It is also presenting this proposal to the European Commission, since it qualifies for funding through the Connecting Europe Facility. The European Union’s 2014 directive on the deployment of alternative fuels (2014/ 94/EU) stipulates that member states should prioritise the introduction of shore-side electricity supply in ports of the TEN-T Core Network, such as the Grand Harbour, by end 2025. Infrastructure Malta is planning to complete the first phase of the project by 2023.

By reducing air pollution in the region, the Grand Harbour Clean Air Project will contribute towards EU and national climate change objectives in line with the Paris Agreement, which obliges ports to reduce the carbon footprint of their land-based activities as well as the decarbonisation of shipping activities. The reduction in emissions also contributes towards meeting the obligations of Directive 2008/50/EC on ambient air quality and cleaner air for Europe.