Infrastructure Malta is launching the first works of the Kirkop Tunnels and Airport Intersection Project (#KTAIP), an €18 million investment to upgrade the Gudja roundabout with a new underpass to Birzebbuga and a flyover to the Kirkop tunnels.

The KTAIP includes the redevelopment of this critical junction of the Maltese road network to reduce travel times and accident risks to commuters travelling through the Kirkop Tunnels, to and from Kirkop, Mqabba, Qrendi, Zurrieq and Safi, whilst introducing new facilities for alternative modes of travel. It will also improve access to the Malta International Airport and to the Malta Freeport, two strategic locations for several sectors of the Maltese economy.

Infrastructure Malta started works on this project this week, as it nears the completion of another two major infrastructural upgrades in southern Malta, including the €20 million Santa Lucija Roundabout Underpass and the €70 million Marsa Junction Project. The KTAIP works started with excavations along the sides of the existing roundabout bypass lanes and will extend to other areas in the coming weeks. To facilitate quicker diversions during this two-year project, and to ensure uninterrupted access to all roads merging at this junction, the agency is forming a temporary roundabout at the beginning of Hal Far Road and is working with the Malta International Airport management to open a temporary entrance to the Airport’s parking areas. 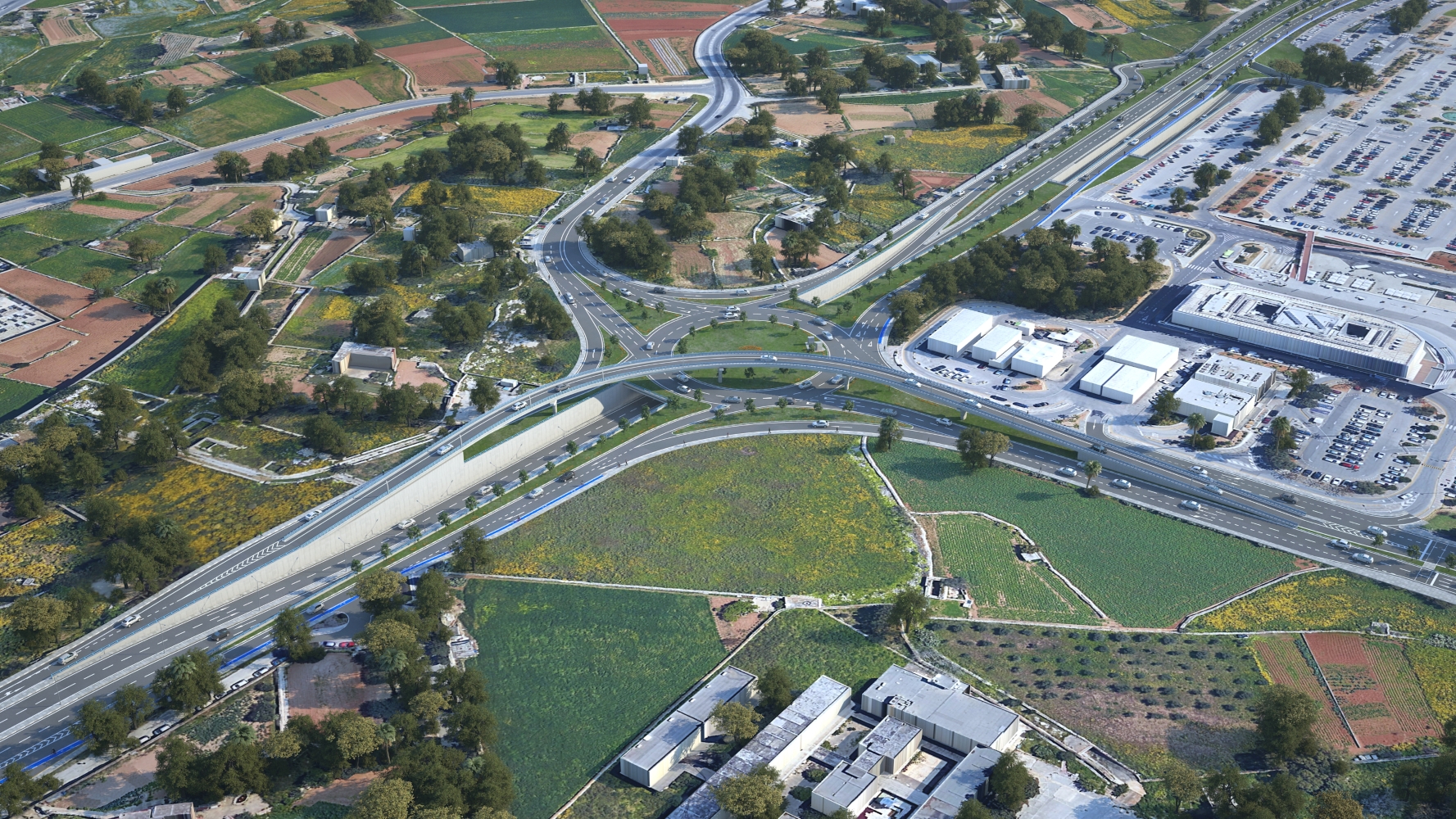 This project will transform the roundabout into a grade-separated intersection with direct connections to and from the different routes converging at this junction. At the lower level, two new tunnels beneath the roundabout will create a direct link between the southbound and northbound carriageways of L-Avjazzjoni Avenue and Hal Far Road. These tunnels will allow road users, including heavy vehicles, travelling to and from Birzebbuga, the Freeport and the Hal Far Industrial Zone, to bypass the roundabout.

At grade, Infrastructure Malta will rebuild the existing roundabout in an improved design to facilitate access to and from Gudja, Ghaxaq and the Airport. The existing bypass lane for northbound travel from the Kirkop Tunnels to L-Avjazzjoni Avenue will also be rebuilt to continue cutting journey times along this route as well.

The third level of the intersection will incorporate a new flyover bridging the southbound carriageway of L-Avjazzjoni Avenue with L-Ewwel Titjira Road, towards the Kirkop Tunnels. Commuters heading to Kirkop, Mqabba, Qrendi, Zurrieq and Safi will no longer need to enter the roundabout to reach the Kirkop Tunnels. 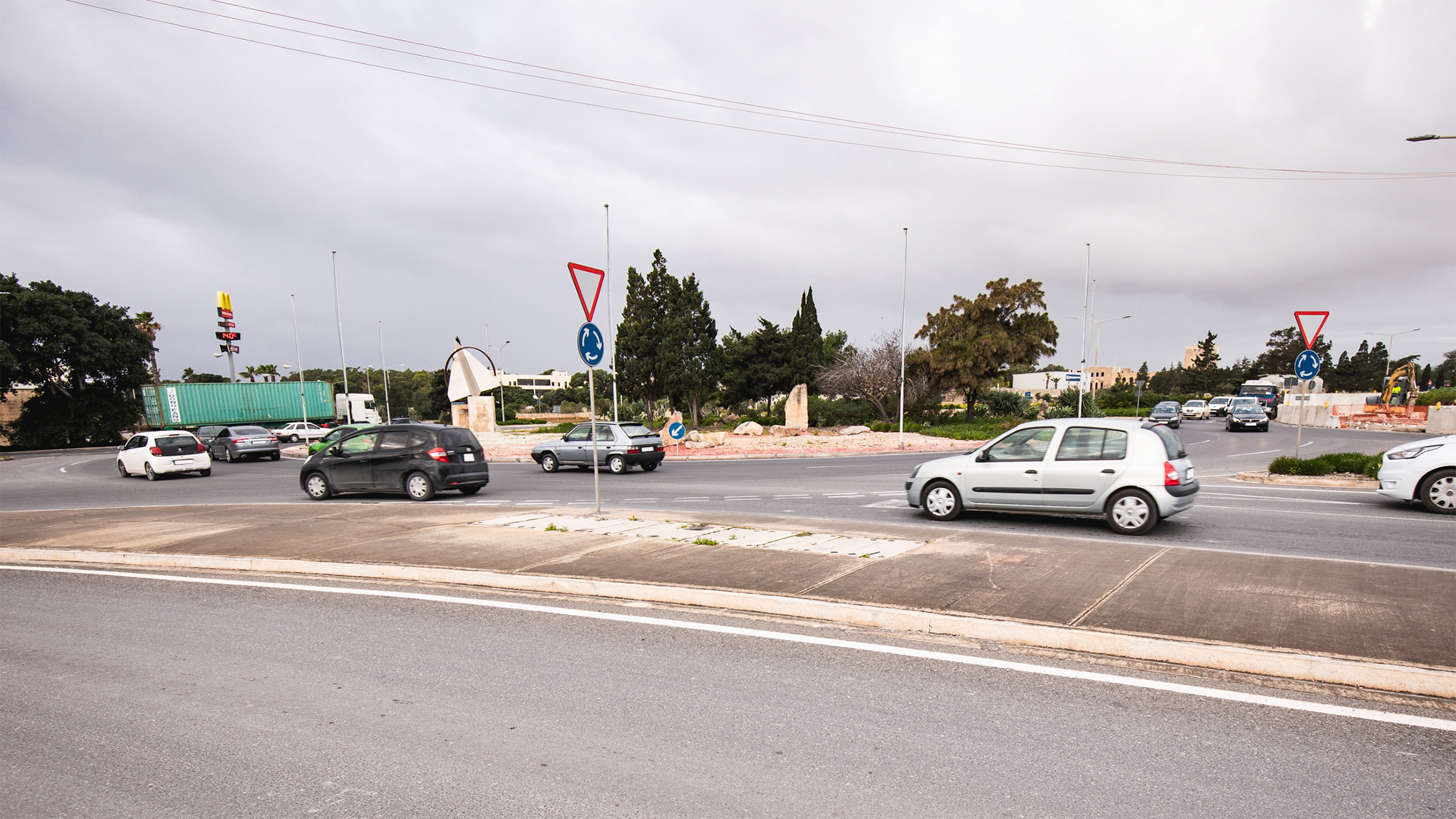 By channelling three of the routes currently connected through the roundabout to the underpass and overpass lanes, Infrastructure Malta is reducing roundabout conflicts and the resulting collision risks and waiting times for thousands of road users who use this junction every day.

Through the KTAIP, Infrastructure Malta will also introduce safer facilities for alternative modes of travel. In fact, the new intersection design includes new footpaths and improved public transport amenities. It also comprises new cycle lanes and safe cycle routes that will complement the cycle lanes and the cycling and pedestrian bridge at L-Avjazzjoni Avenue and the segregated cycling and walking track at San Tumas Road and Hal Qormi Road, which Infrastructure Malta developed during the last three years. The roundabout’s new design will include safer pedestrian and cycling crossings as well.

Infrastructure Malta drafted the plans and method statements of this project in collaboration with the Superintendence for Cultural Heritage, to ensure that the road construction and tunnel excavation works do not impact the Hal Resqun archaeological remains in the existing roundabout. These catacombs are located off the site of the new underpass and will remain accessible to archaeologists as they are today.