For many years, Marsaxlokk fishers have been calling for a new breakwater to protect the inner harbour area from rough seas, limiting the risks of storm damages to their anchored vessels and other equipment on shore. By absorbing the power of high waves entering this part of the harbour, the breakwater is also reducing their impact on the buildings and business operations along the Marsaxlokk promenade, one of Malta’s principal tourism zones. 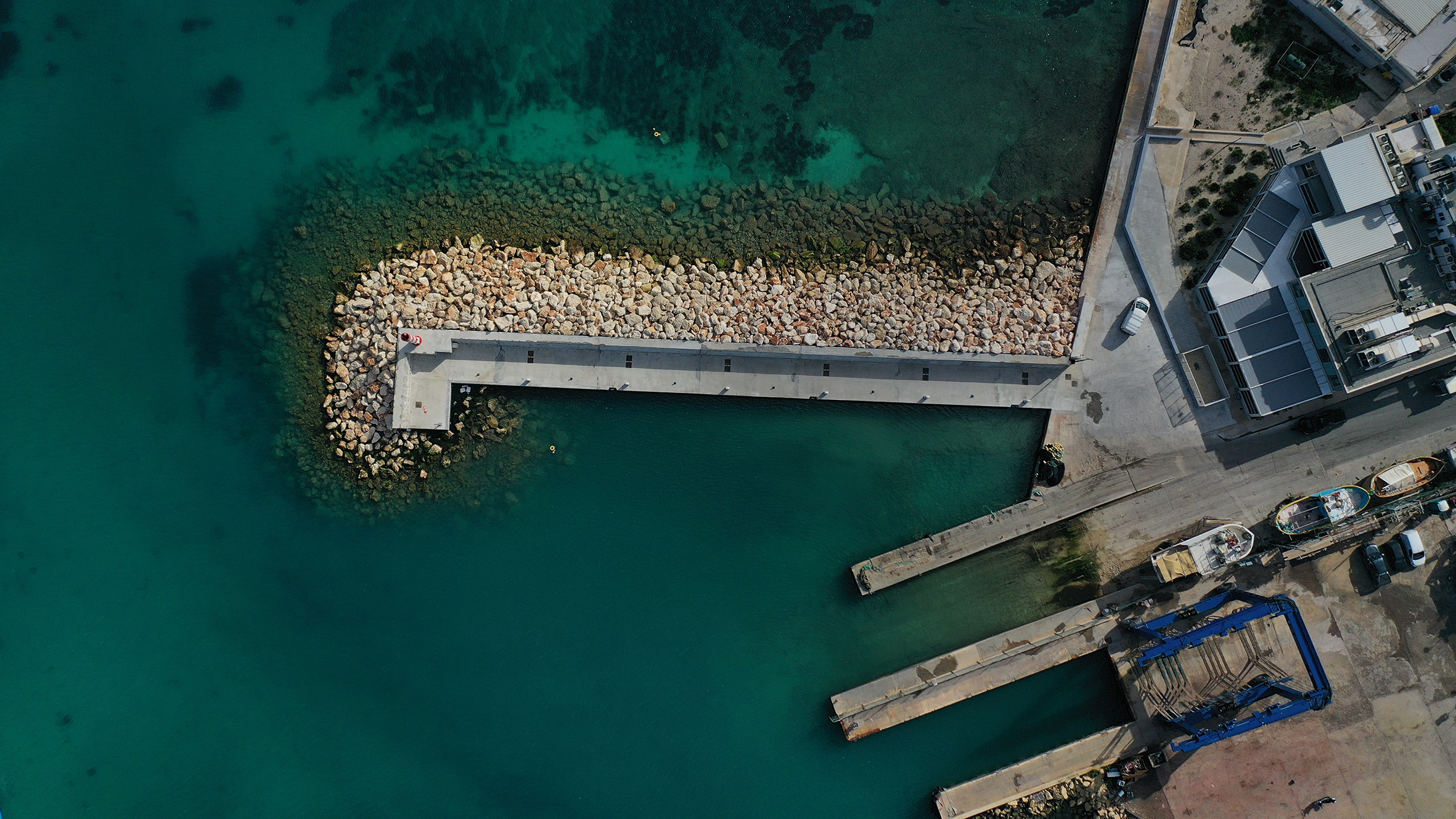 Plans for this project were handed over to Infrastructure Malta in 2019, when it was entrusted with the development and maintenance of the country’s maritime infrastructure. Its contractors started works on site in July of the same year. Works were completed within 18 months, in December.

The construction of the breakwater started with the laying of the base structure, a six-metre wide platform submerged 3.5 metres down to the seabed. The builders and a team of divers lowered 306 large precast concrete hollow blocks on a levelling platform, before filling and binding them together with poured concrete. The entire underwater structure of this long breakwater comprises a mass of 4,952 tonnes of concrete and rebar.

Above this substructure, Infrastructure Malta built a 2.3-metre high wave wall and an outer cope beam, using another 955 tonnes of reinforced concrete. The tip of the breakwater includes a seven-metre lighthouse with beacons for safer navigation in this area. The concrete structure of the breakwater is surrounded with a sloping rock armour made of 30,285 tonnes of hardstone boulders. The project contractors cut this hardstone from a quarry in Dingli and gradually laid it around the breakwater. This armour will attenuate waves entering the harbour, as they hit the breakwater. 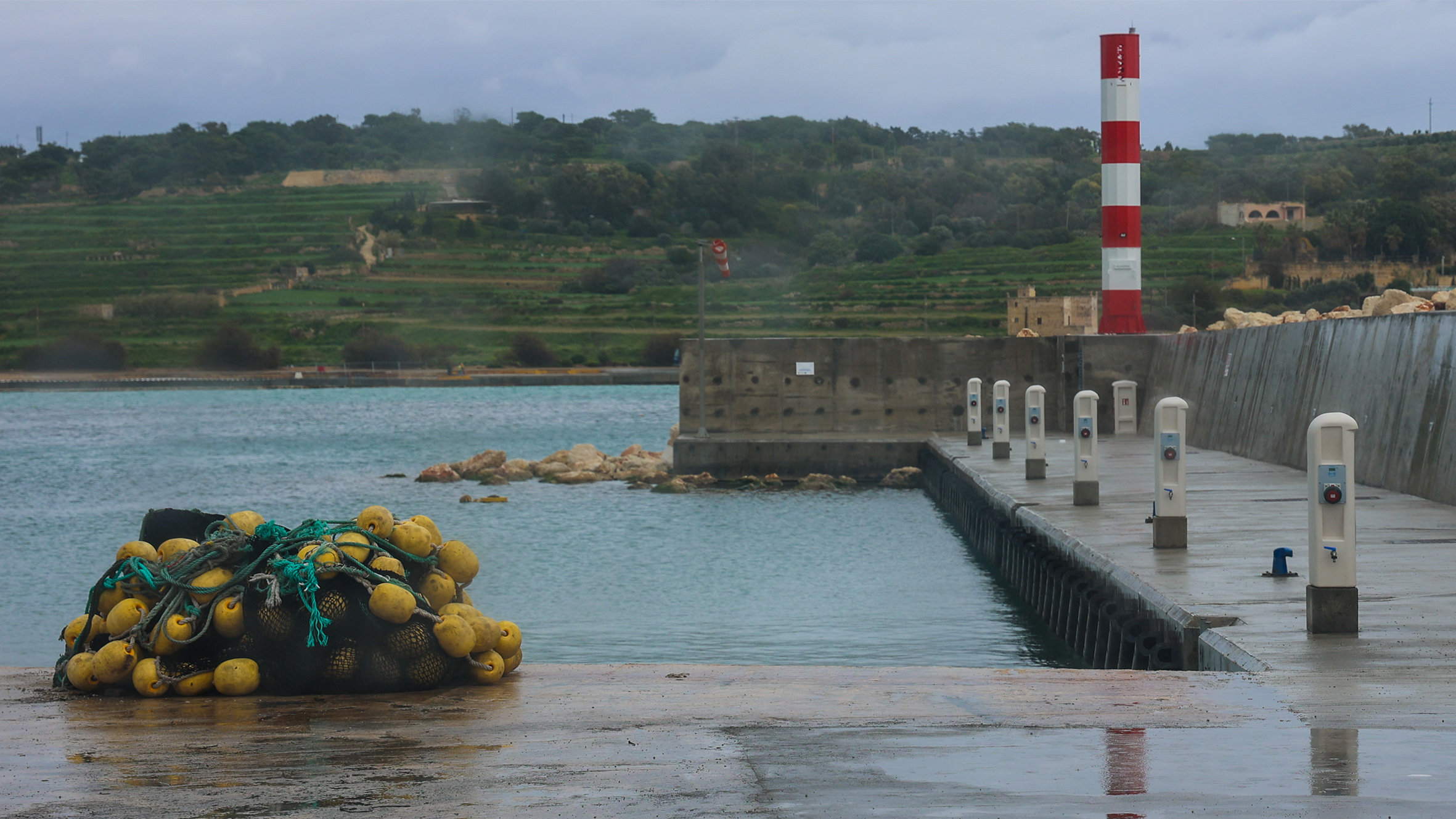 In December, Infrastructure Malta completed this project with the installation of lighting and power systems, surveillance cameras, utility service modules for moored vessels, firefighting equipment, safety ladders and mooring bollards. The breakwater is also equipped with an anemometer, a tidal guage and a windsock.

Infrastructure Malta’s maritime team is currently implementing several other major coastal investments in Malta and Gozo. On the other side of Marsaxlokk Harbour, the agency is upgrading the berthing pontoons in the area known as “Il-Maghluq”. It is also conducting preliminary studies to plan another breakwater or other similar protective structures in the Delimara area of the harbour, to shelter this side of Marsaxlokk’s coastline as well. 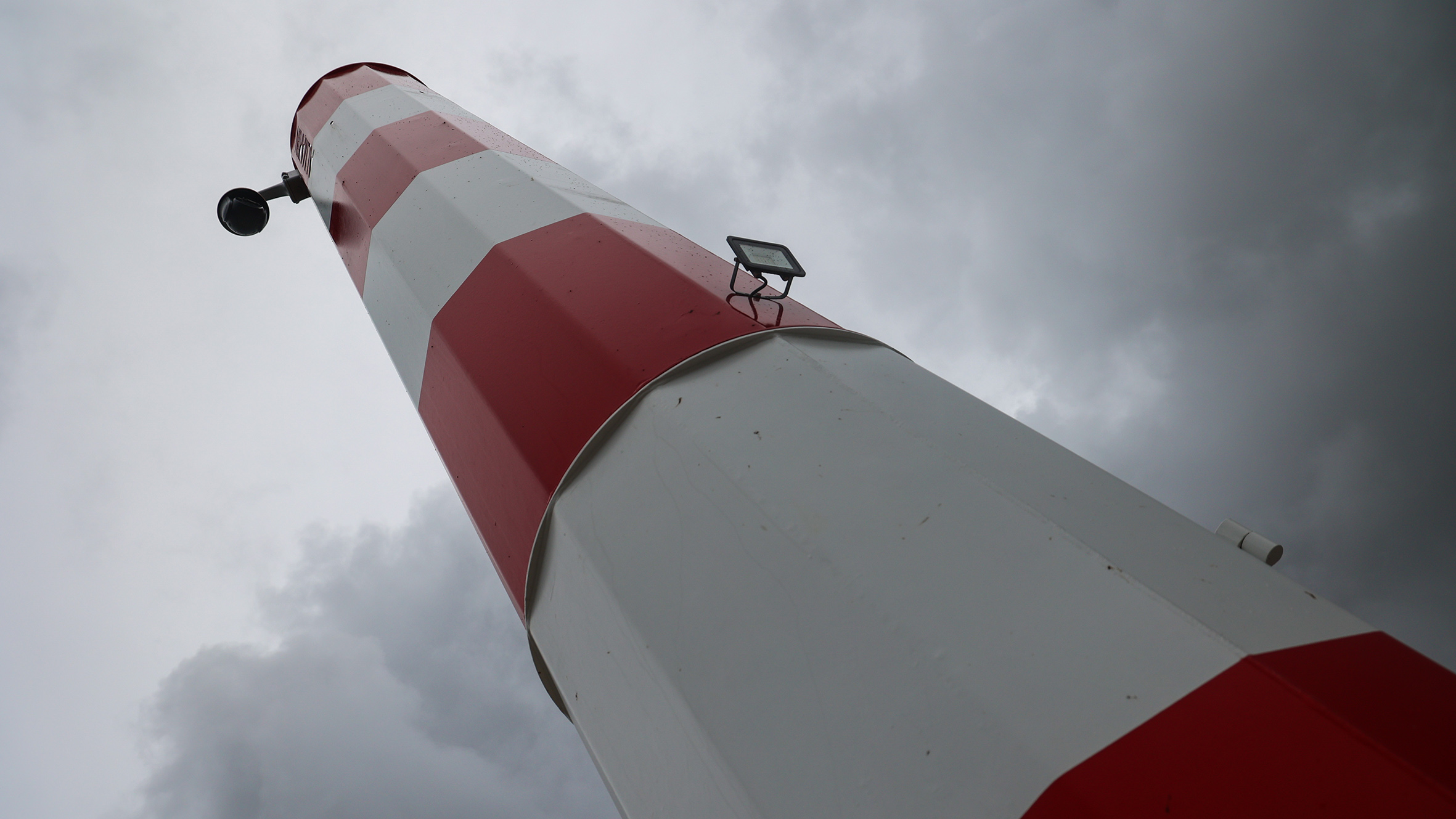 The €6 million upgrade of the quays, slipways and pontoons used by fishers in Gozo’s Mgarr Harbour will be ready in the coming weeks. Another ongoing project includes the development of new landing facilities for ferry passengers in Sliema and Cospicua. Infrastructure Malta is also working on the maintenance and reconstruction of other quays in Marsascala, Delimara and Cirkewwa. Towards the end of 2020, the agency also launched the €49.9 million Grand Harbour Clean Air Project, which includes the development of shore power facilities for cruise liners and Ro-Ro vessels whilst they are berthed at port. This investment will cut over 90% of the air pollution that cruise liners and Ro-Ro ships produce when visiting Malta.

Other upcoming maritime infrastructure projects include the reconstruction of Sally Port, in Vittoriosa, and the introduction of more new passenger ferry landing facilities to extend this alternative mode of travel to other coastal locations in Malta. 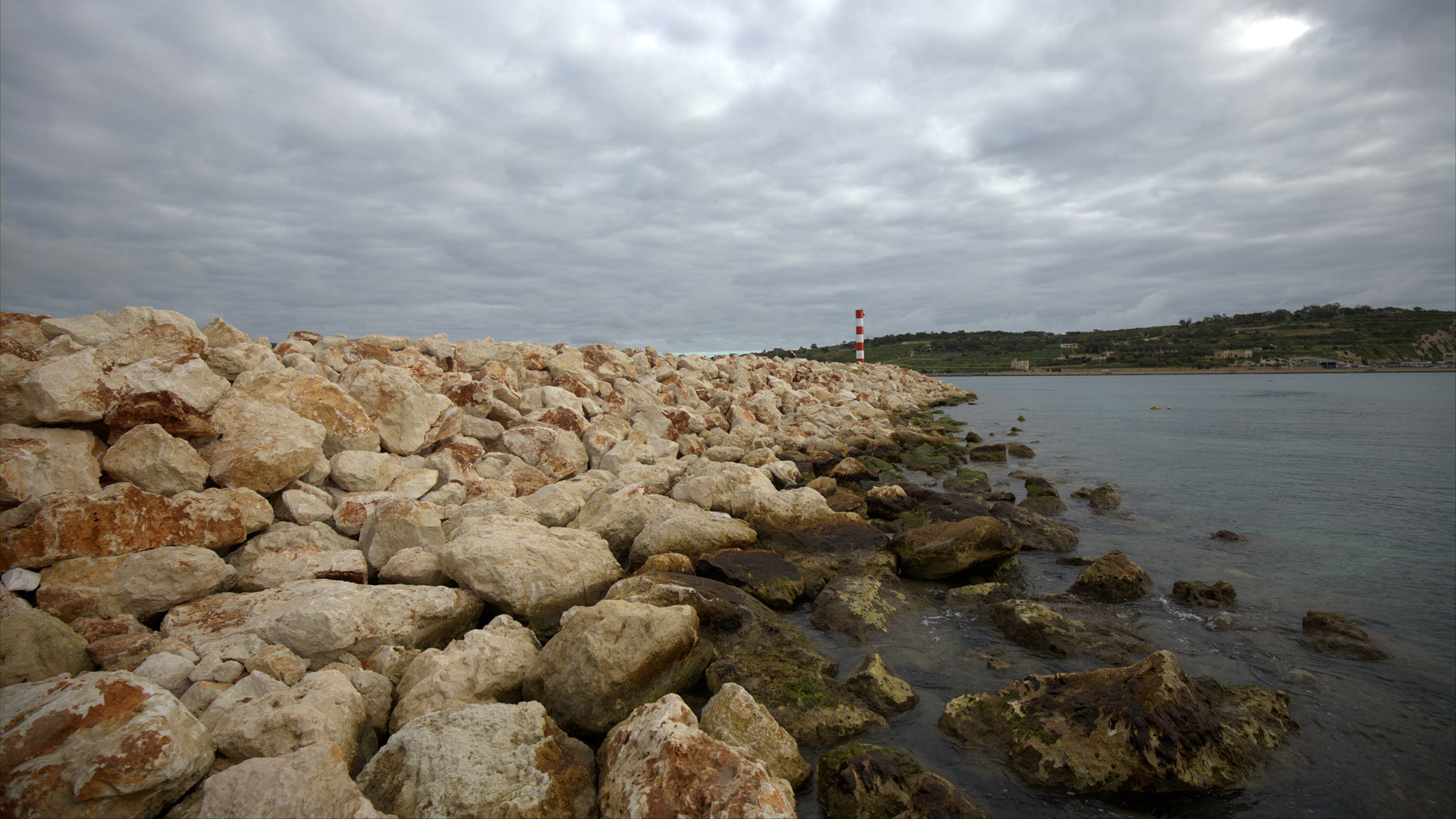 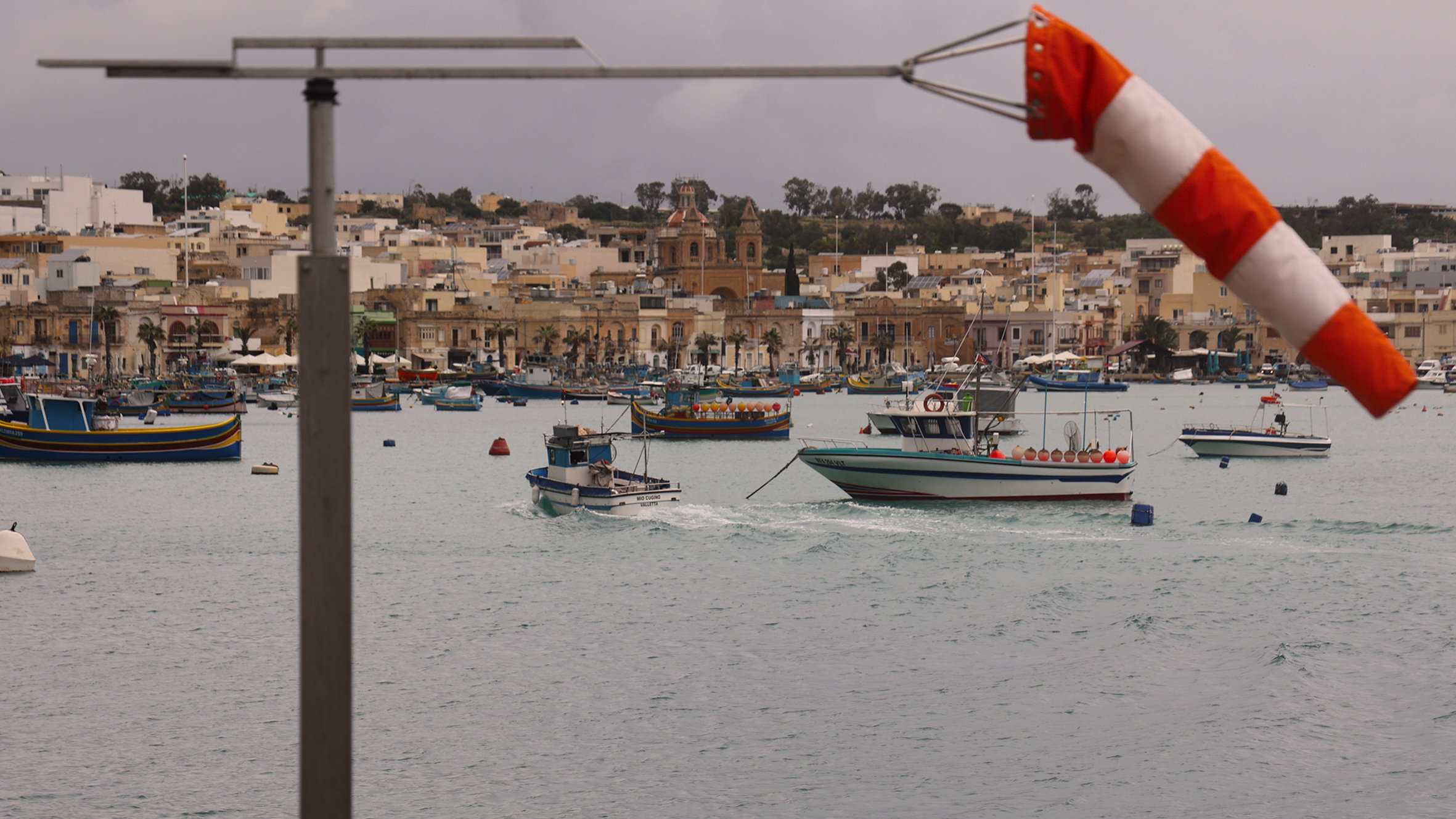