As the first phase of the Grand Harbour Clean Air Project gathers pace, Infrastructure Malta has already laid over eight kilometres of the cables required to make Malta’s principal port one of the first in Europe to introduce shore power for cruise liners and Ro-Ros.

The Grand Harbour Clean Air Project (GHCAP) includes the development of the electricity infrastructure for these ships to switch off their gas- or heavy-fuel-oil-fired engines and plug in to shoreside electricity to power their onboard systems, whilst they are berthed at port. Through this €49.9 million investment, Infrastructure Malta is improving air quality for 17,000 families living in the Grand Harbour area by reducing more than 90% of the air pollution emitted by these vessels. 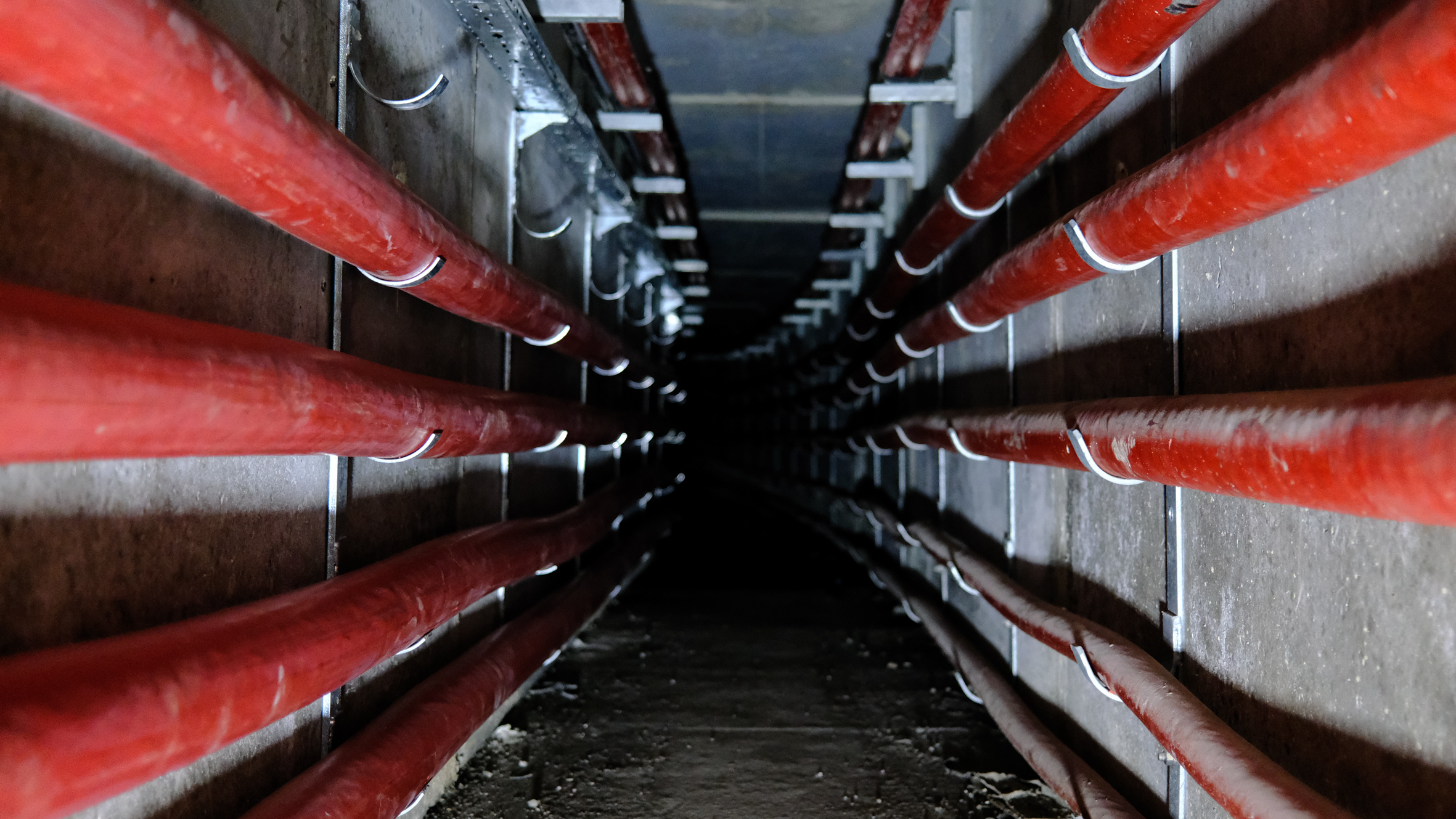 The project contractors are excavating trenches in several locations along the Grand Harbour’s shoreline to lay the underground electricity cables that will distribute electricity from an existing Enemalta plc primary substation (distribution centre) in Jesuits Hill, Marsa to the Grand Harbour’s cruise liner quays in Floriana, Marsa and Senglea. Over eight kilometres of this 22-kilometre network of cables are already in place.

The first branch of this network, which is nearing completion, will connect the existing Enemalta substation with the Deep Water Quay, where Infrastructure Malta will build one of the project’s two frequency converter stations. The project contractors are also constructing underground ducts for the 11-kilovolt cables which will distribute power from this station to the quays and the shore-to-ship connection points at Pinto Wharf, along the Valletta side of the Grand Harbour. 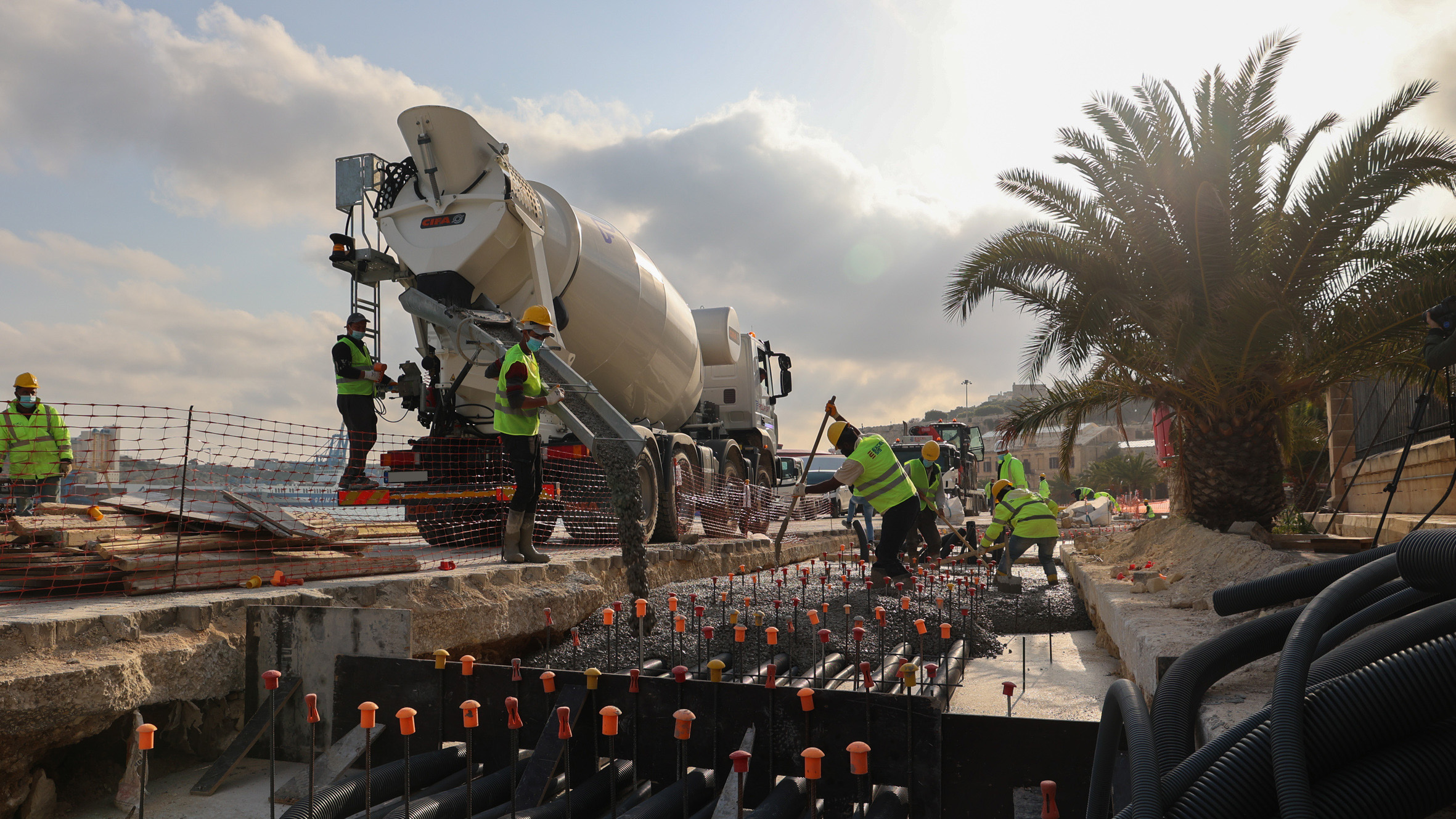 The second stretch of cables is directed towards Bridge Wharf and Church Wharf in Marsa. From here, submarine cables will extend the network to Coal Wharf in Corradino, Paola and subsequently to Boiler Wharf, in Senglea, on the other side of the Harbour. Cable laying works along this part of the network are in progress as well.

These connections will reach the five main quays that cruise liners use when visiting Malta. At each quay, Infrastructure Malta is building quayside stations to house switchgear and shore-to-ship connection panels. The first of these small buildings is under construction at Pinto Wharf.

This month, the project contractors will start coring works to embed eight-storey concrete piles beneath the Deep Water Quay, in Marsa. These foundations will support the first frequency converter station that will convert electricity for cruise liners and other ships. The other frequency converter station will be installed in an old industrial shed in Boiler Wharf, Senglea. Infrastructure Malta will restore and conserve this shed as part of Malta’s industrial heritage.

Meanwhile, in a factory in Italy, the agency’s contractors are fabricating the project’s frequency converters. Other power and control equipment, including switchgear and transformers, will be fabricated in specialised factories in other countries.

The second phase of the project will extend shore side electricity to Laboratory Wharf and to Ras Hanzir (Fuel Wharf), in Paola, where Infrastructure Malta will be building a new 360-metre cargo handling facility in the coming years. These two locations will open up shoreside electricity to Ro-Ro ships as well. 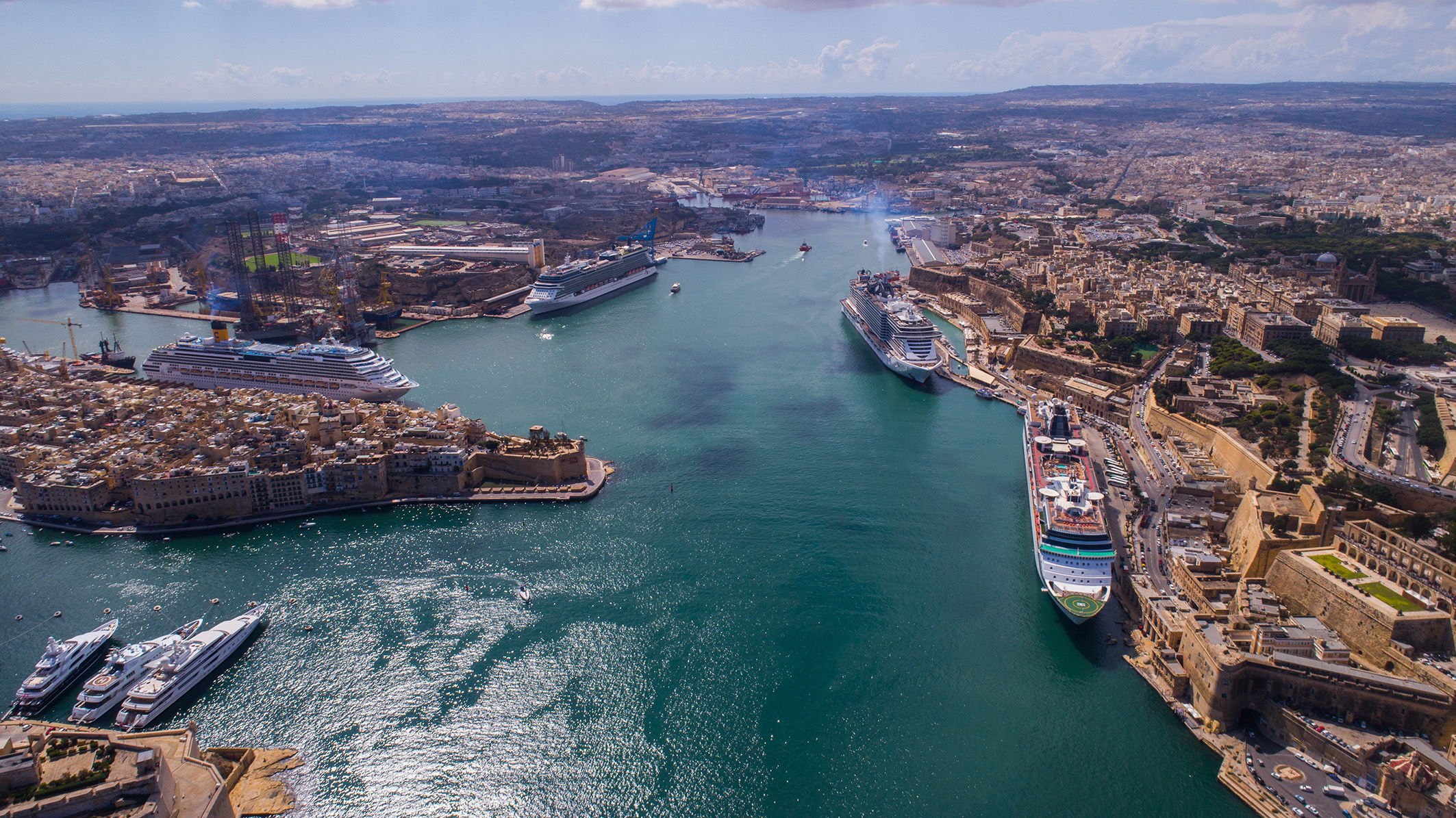 A 2015 European report indicates that the engines of one cruise ship berthed at port for eight hours produce an estimated 1.2 tonnes of nitrogen oxides, the equivalent of 300,000 cars driving from Cirkewwa to Marsaxlokk. It releases 30 kilograms of particulate matter, the same as 180,000 cars travelling the same distance across Malta. According to the National Statistics Office, 372 cruise liners visited Malta in 2019.