Infrastructure Malta is entering a new stage of the Mriehel Underpass Project, as excavation works are nearing completion and workers are now starting to build the tunnel walls.

Infrastructure Malta launched the Mriehel Underpass Project in 2021, to build a new 60-metre tunnel connecting L-Imdina Road with the Mriehel Bypass, at the Mriehel junction next to the Malta Financial Services Authority offices. 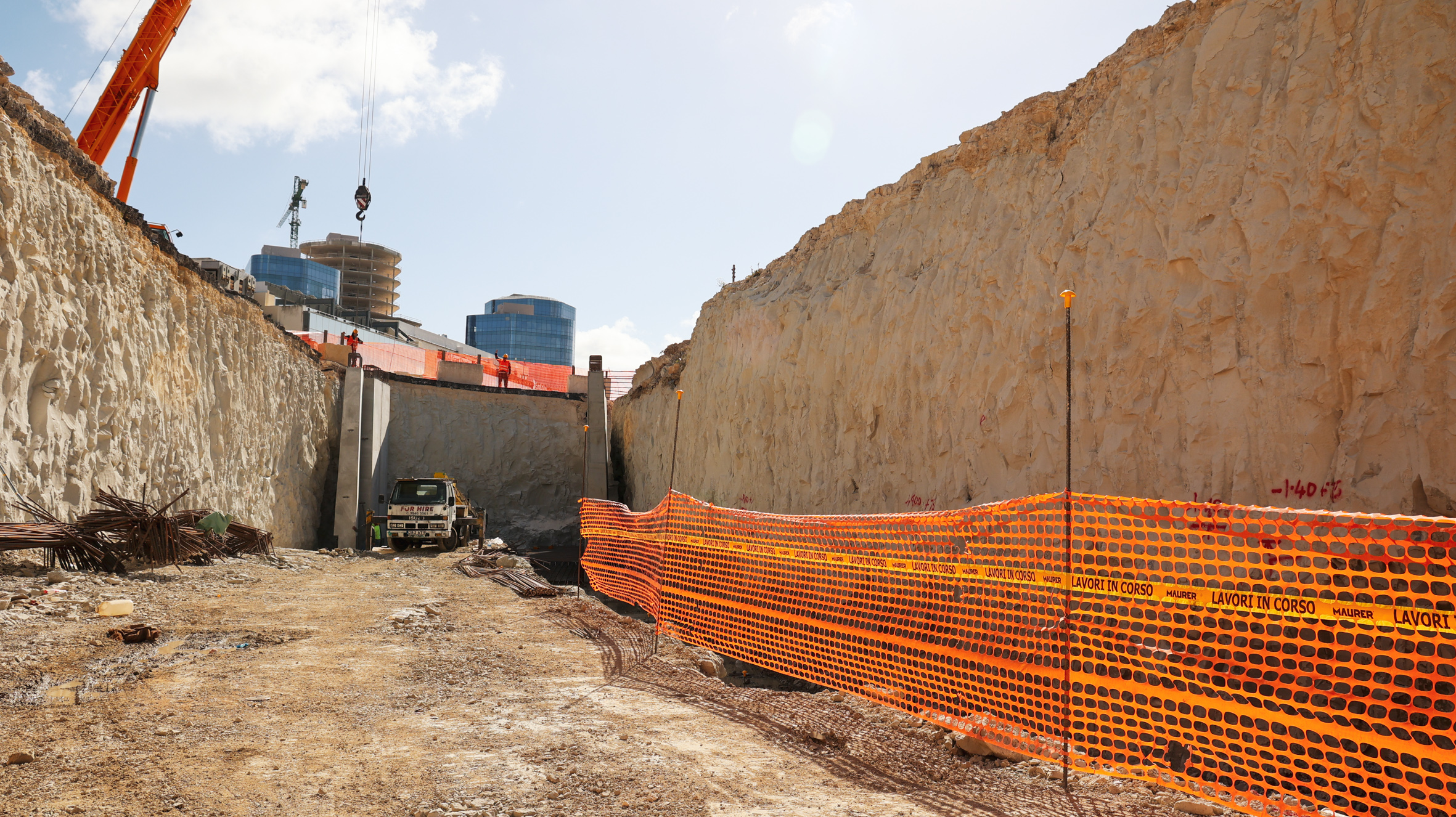 As the excavations of this cut-and-cover underpass are almost ready, Infrastructure Malta is starting to erect more than 290 precast concrete panels to form its tunnel walls. These panels will support the tunnel’s ceiling slab, which will then be covered with the new roundabout and its approach lanes, pedestrian and cycling crossings and landscaped areas.

Just like the Santa Lucija Roundabout Underpass Project was developed to extend the benefits of the Marsa Junction Project along the main route to southern Malta, Infrastructure Malta planned the Mriehel Underpass Project to augment the positive impacts of the Central Link Project in Attard, Balzan, Birkirkara and Mriehel. Now that the Central Link Project is ready and all its new lanes are open to road users, the agency’s contractors are focusing on the second project in this area, to open the new underpass in the second half of 2022.

As part of the Central Link Project, in 2020 Infrastructure Malta built two new lanes to create an uninterrupted route in the opposite direction, westbound from the Bypass towards Balzan and Attard.  By eliminating the principal eastbound (new tunnel) and westbound (2020 lanes) flows from the new roundabout, it is becoming quicker and safer for road users travelling to other nearby destinations, including Mriehel, Birkirkara and Zebbug (from Attard, Balzan and Lija).

As it reduces the new roundabout’s design speed and traffic volumes, Mriehel Underpass Project is also enabling the introduction of safer pedestrian and cycling crossings to link Birkirkara, Mriehel and Balzan with Il-Hofor Road, a rural road leading to Zebbug and Qormi. These roundabout crossings will further improve the connections of the four-kilometre cycling and walking infrastructure developed through the Central Link Project in Ta’ Qali, Attard and Balzan.

Infrastructure Malta completed the Central Link Project in January 2022. This project cut travel times and drastically reduced congestion pollution in Attard, Balzan and Birkirkara by redesigning 11 junctions, removing four traffic lights systems and adding 14 kilometres of lanes along a 4.3-kilometre road corridor. These improvements are decreasing particulate matter pollution by up to 66% by 2030, even when considering future transport demand. Similarly, nitrogen dioxide emissions will go down by 41%. Particulate matter and nitrogen dioxide are the two main pollutants linked to road transport emissions, and a major cause of respiratory illnesses.

Central Link Project also added new infrastructure for bus passengers, pedestrians and cyclists, which were practically inexistent along this route. 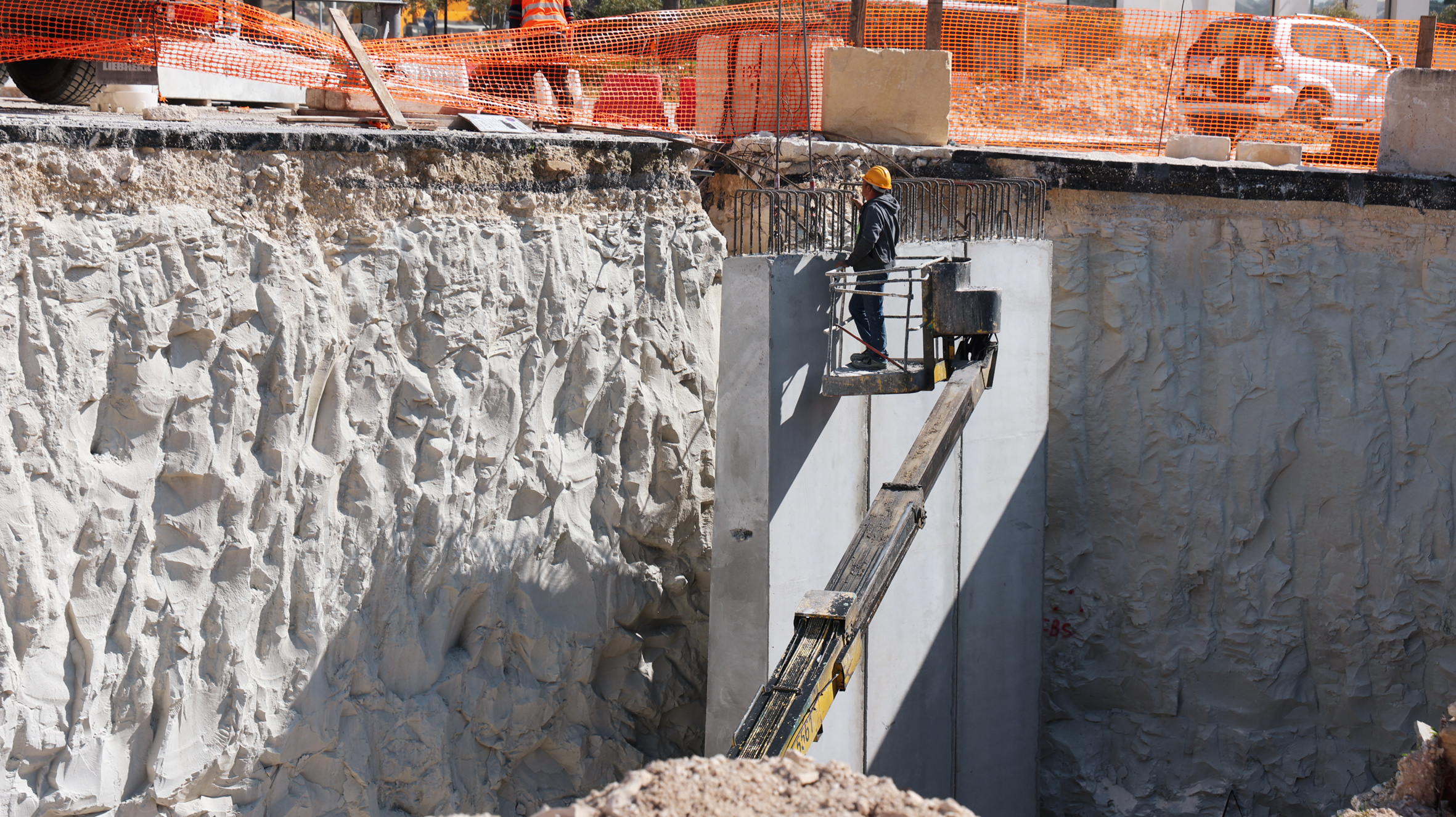