As the implementation of the Central Link Project gathers pace, Infrastructure Malta is launching more works on site, including the laying of new sewers and stormwater pipelines.

The Central Link Project is a €55 million investment to reduce travel times, improve air quality and create safer spaces for alternative modes of travel along the arterial road corridor between Mriehel and Ta’ Qali. The development of this long-awaited upgrade started last January with the formation of the first sections of the new two-lane carriageway that will be added to the existing roads along this route. These new westbound lanes (Mriehel to Ta’ Qali) will eliminate a number of bottlenecks and inefficient traffic lights junctions from the centre of Attard, Balzan, Lija and Birkirkara, whilst opening up space for wider footpaths, safer crossings, new segregated cycling tracks and more landscaped areas. 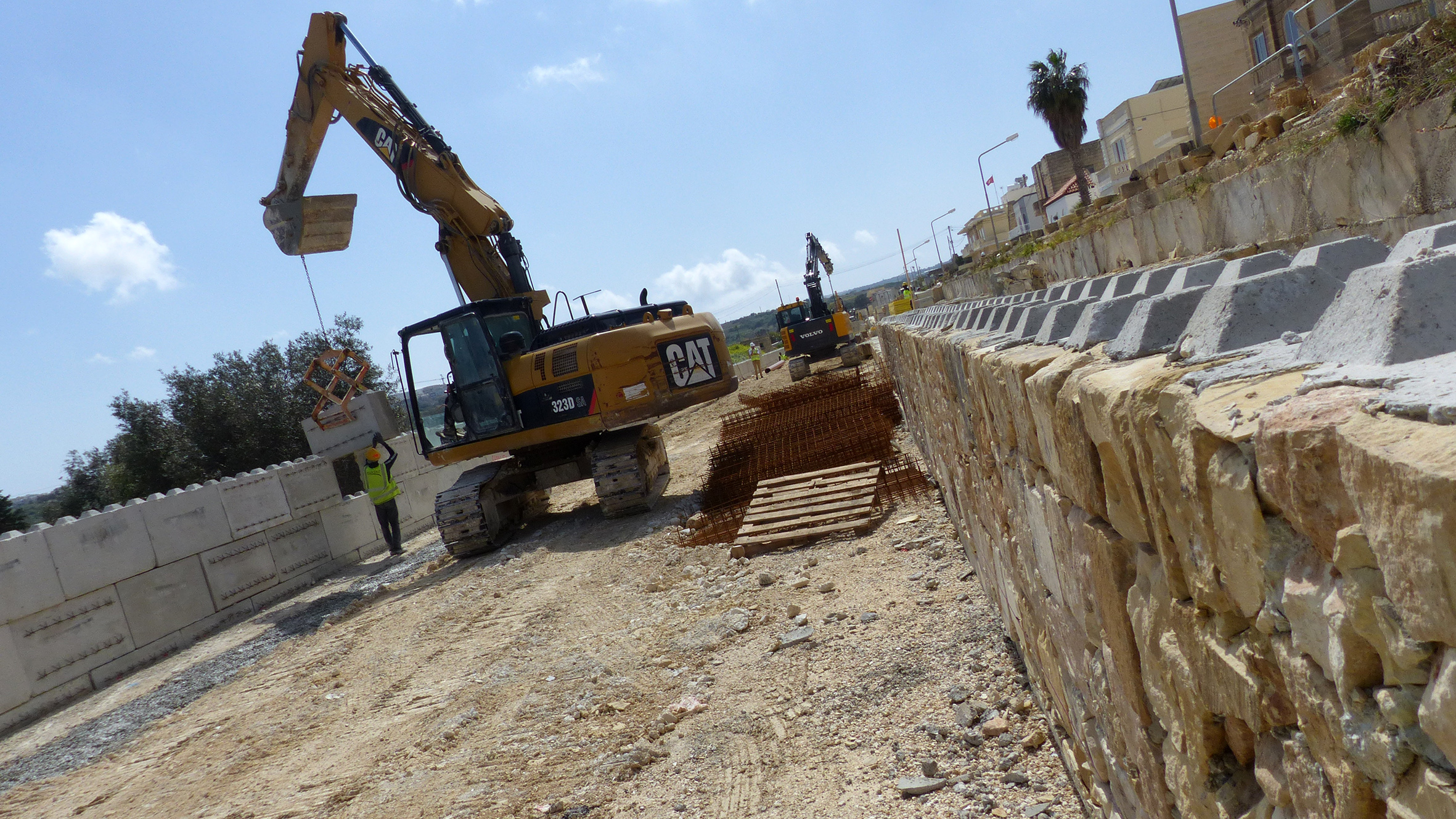 During the first quarter of the year, Infrastructure Malta’s contractors started the foundations of the new lanes between Mriehel and the Wied Incita area of Attard. These works included excavations of existing materials, the laying and compaction of the new road foundations and the building of long stretches of subsurface reinforcing structures with overlying boundary and retaining walls. This work will now extend to another area of the project, further west. At the same time, workers are now starting the excavations for a new underground sewer to reinforce the area’s wastewater network as well as the road’s stormwater catchments and pipelines.

As it did in all its work sites, a few weeks ago Infrastructure Malta instructed the Central Link Project contractors to implement additional precautions to protect workers, their families and nearby communities from the spread of Covid-19. These measures are being implemented in consultation with the public health authorities. Amongst other precautions, road workers are keeping a safe distance from each other whilst on site and breaks in groups are not allowed. Meetings in enclosed areas, such as site offices, are being avoided, as the project teams are making increased use of alternative communication channels. All surfaces on site, including tools and machinery, are being cleaned more often. 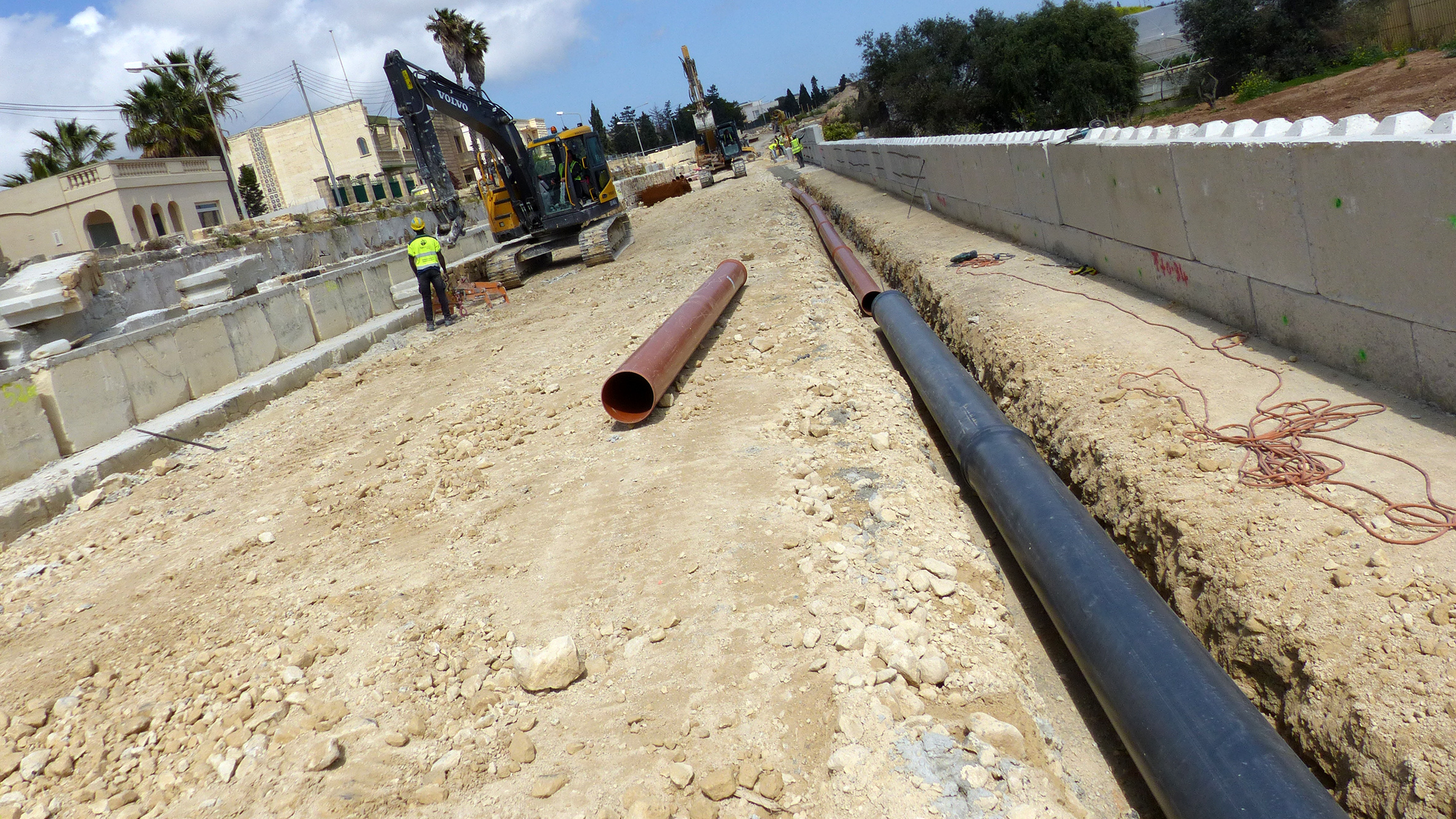 The Central Link Project is based on plans included in the 2006 Central Malta Local Plan, which had already indicated congestion along L-Imdina Road, In-Nutar Zarb Road and other nearby roads as a major problem for Attard and nearby localities. Infrastructure Malta optimised these 2006 plans to augment long-term efficiency and sustainability, to mitigate adverse impacts on adjacent lands and to add new infrastructure for bus passengers, pedestrians and cyclists, which are currently almost inexistent along this route. The National Transport Master Plan 2025 also highlights the importance of this investment, listing the L-Imdina Road and In-Nutar Zarb Road corridor as the 12th of 29 priority sections of the EU’s TEN-T network in Malta that need to be urgently upgraded for increased safety and efficiency.

This project will halve travel times in this area and drastically reduce congestion pollution in nearby residential areas by reconstructing 13 junctions, removing four traffic lights systems and adding over seven kilometres of new lanes along a 4.3 kilometre road corridor. It also introduces many facilities for alternative modes of travel, including over 10 kilometres of safe pedestrian footpaths and segregated crossings, bus lay-bys and the longest segregated cycle track in the Maltese Islands, connecting Mriehel, Birkirkara, Balzan, Attard and Ta’ Qali. Infrastructure Malta will also develop over 24,000 square metres of new green landscaped areas along the project route.

Infrastructure Malta is coordinating the works in different phases to minimise difficulties to over 30,000 road users who use this part of the network every day, and to nearby residents in Birkirkara, Balzan and Attard.

Before this project was approved by the planning and environmental authorities in 2019, multi-disciplinary team of experts completed a meticulous planning process, which included a public consultation process and a comprehensive environmental impact assessment. These independent studies analyse the short-, medium- and long-term benefits and impacts of the project. It also considers different proposals for the upgrading of the area’s road network and identifies the Central Link Project plans as the most beneficial solution in terms of air quality improvement, environmental sustainability and travel time reductions.

These scientific studies also confirm that the congestion difficulties faced by thousands of commuters every day will get worse if existing infrastructure is not improved. In fact, according to these studies, if the existing road network in this area is not upgraded, travelling from Mriehel to Ta’ Qali will take commuters two hours fifteen minutes, advancing at 1.83km/h in gridlock conditions. These studies also project that the improvements introduced by the Central Link Project will reduce existing travel times by 50%, even when considering potential future increases in transport demand.

The air quality study included as part of this assessment, which is based on 2018 air monitoring in several locations along the route, shows the effect of this gridlock situation on the area’s air quality. If the project is not implemented, particulate matter in the area, including Attard and Balzan, will increase by 278% by 2030. Particulate matter and nitrogen dioxide are the two main pollutants linked to road transport emissions. By eliminating existing bottlenecks and congested junctions, Central Link Project will reduce particulate matter by up to 66% by 2030, even when considering future transport demand. Similarly, nitrogen dioxide emissions will also decrease by 41%. 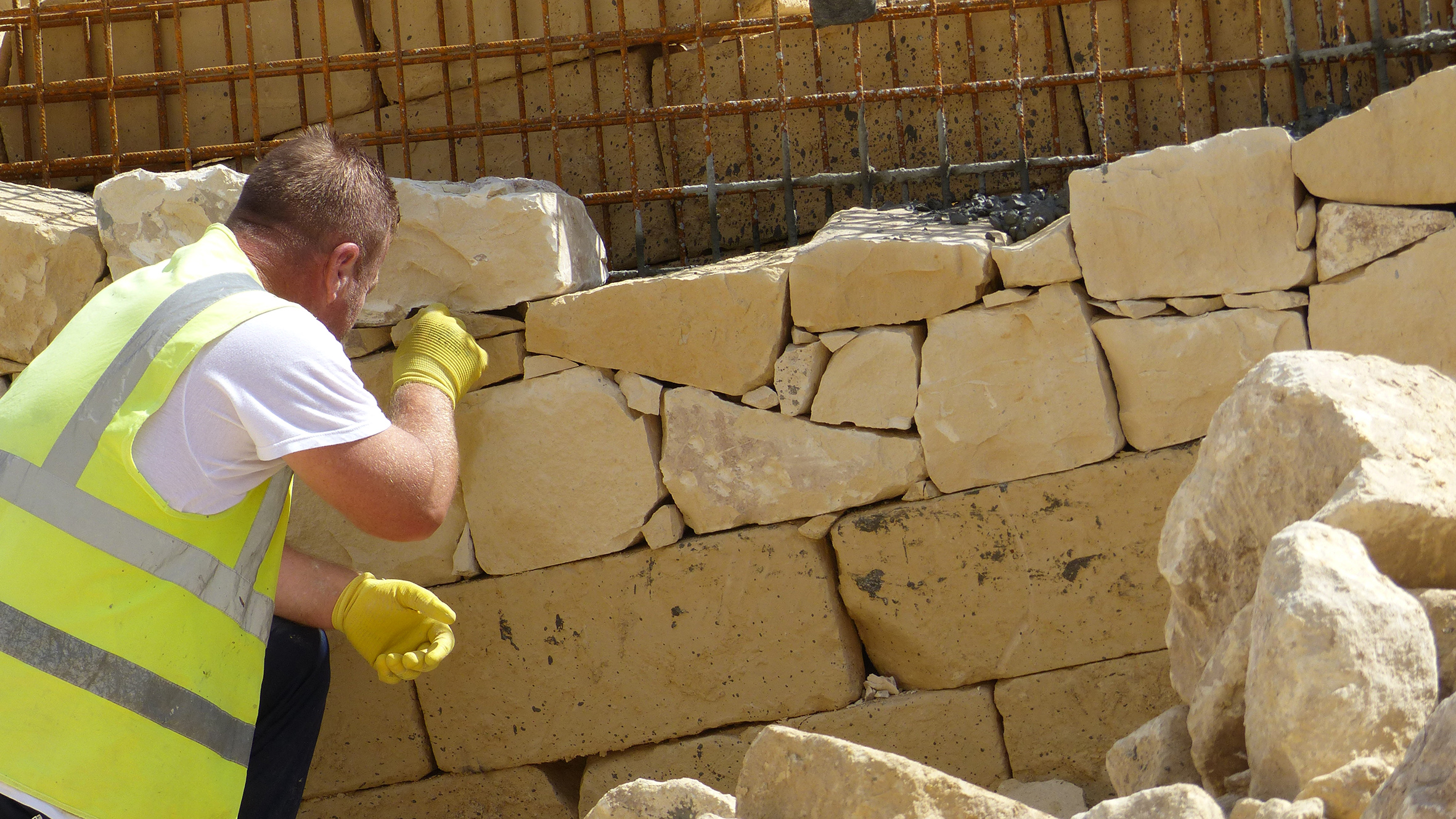