Infrastructure Malta is drilling the first of 112 pile holes to form the new foundations of Gheriexem Road, in Rabat and stop decades of subsidence damage to its structure and to nearby buildings.

The Gheriexem Belvedere Project is a €4 million infrastructural investment to rebuild this road with reinforced foundations, improved carriageway alignment and a belvedere with a footpath, benches overlooking the valley and landscaped areas with many new trees.

The agency’s contractors started the project a few weeks ago with the preparatory archaeological excavations in the strip of land along the road’s old retaining wall, where the new foundations will be built. Under the guidance of the Superintendence of Cultural Heritage, archaeologists supervised the digging of several trial pits to survey the area’s archaeology. Based on the results of these surveys, the Superintendence and Infrastructure Malta identified the excavation and pile coring methods that can be used in this area. Workers subsequently cleaned the site from decades of illegally dumped waste, positioned concrete blocks next to the existing retaining walls to temporarily support the road above and levelled parts of the site in preparation for the piling works. 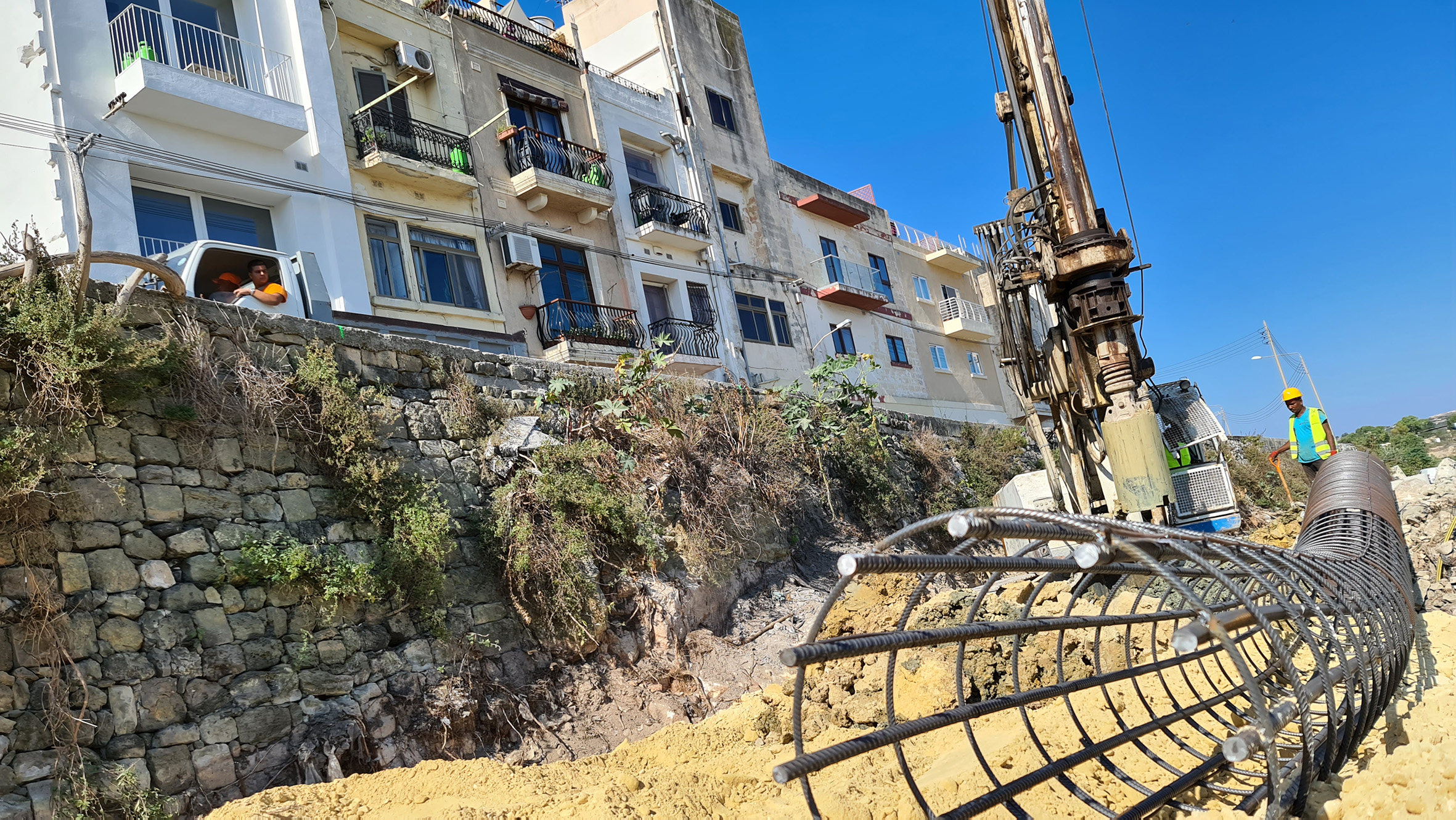 On Wednesday, the project contractors started the drilling of the first cores for the embedding of two rows of steel-reinforced concrete piles up to 15-metres (5 storeys) into the ground. Each pile will have a diameter of 0.6 metres. They will support the weight of the new structure required to consolidate the road, the new belvedere and nearby buildings.

The plans of this project were prepared by the Ministry for Transport, Infrastructure and Capital Projects’ Works and Infrastructure Department. It designed the structure of the new foundations and the belvedere in consultation with environmental and archaeological authorities to minimise adverse impacts on adjacent fields, whilst safeguarding any buried historical remains that may exist in this archaeologically sensitive area. Archaeologists approved by the Superintendence of Cultural Heritage are monitoring the ongoing excavations and all other earthworks required for this project.

For many years, residents in this area have been calling on the authorities to stop the gradual sinking of this road along the side of Gheriexem Valley, which is causing extensive damages to their residences, some of which are in danger of collapsing. Geotechnical investigations on site confirmed that this 800-metre road is built on layers of weak, fractured rock and clay. Its old retaining wall is cracked and irregularly distorted, showing that it is being pushed outwards by the movement of the deep infill materials beneath the road. As rainwater seeps through the cracks in the road, it creates further pressure on this weak retaining wall. The road and several adjacent buildings are at risk of collapsing, similar to what happened a short distance away along part of Saqqajja Hill, during a storm a few months ago. 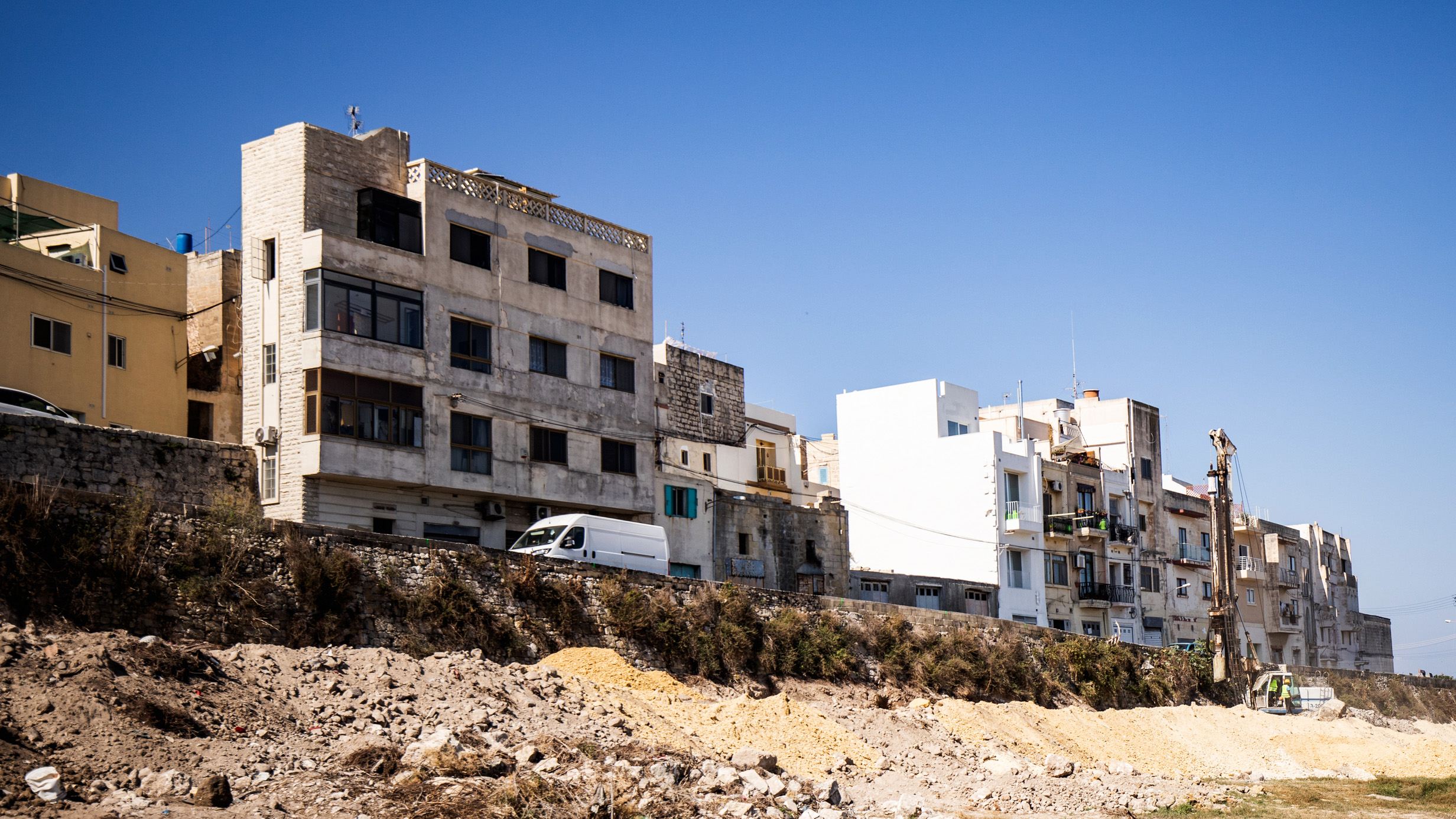 Infrastructure Malta is working to complete this project as soon as possible, to ensure the safety of road users and the area’s residents. Its contractors are seeking to complete most of the excavation works during the dry season because the accumulation of rainwater on site during this stage of the project risks accelerating the deterioration of the road and nearby structures.

In the meantime, Infrastructure Malta is currently also carrying out similar piling works in a separate €1 million project to consolidate the upper section of Saqqajja Hill and repair the recent storm damage to its retaining walls. Workers are embedding 38 concrete piles over six storeys deep into the ground to strengthen the road structure and secure nearby buildings, including the historical Santo Spirito Hospital. 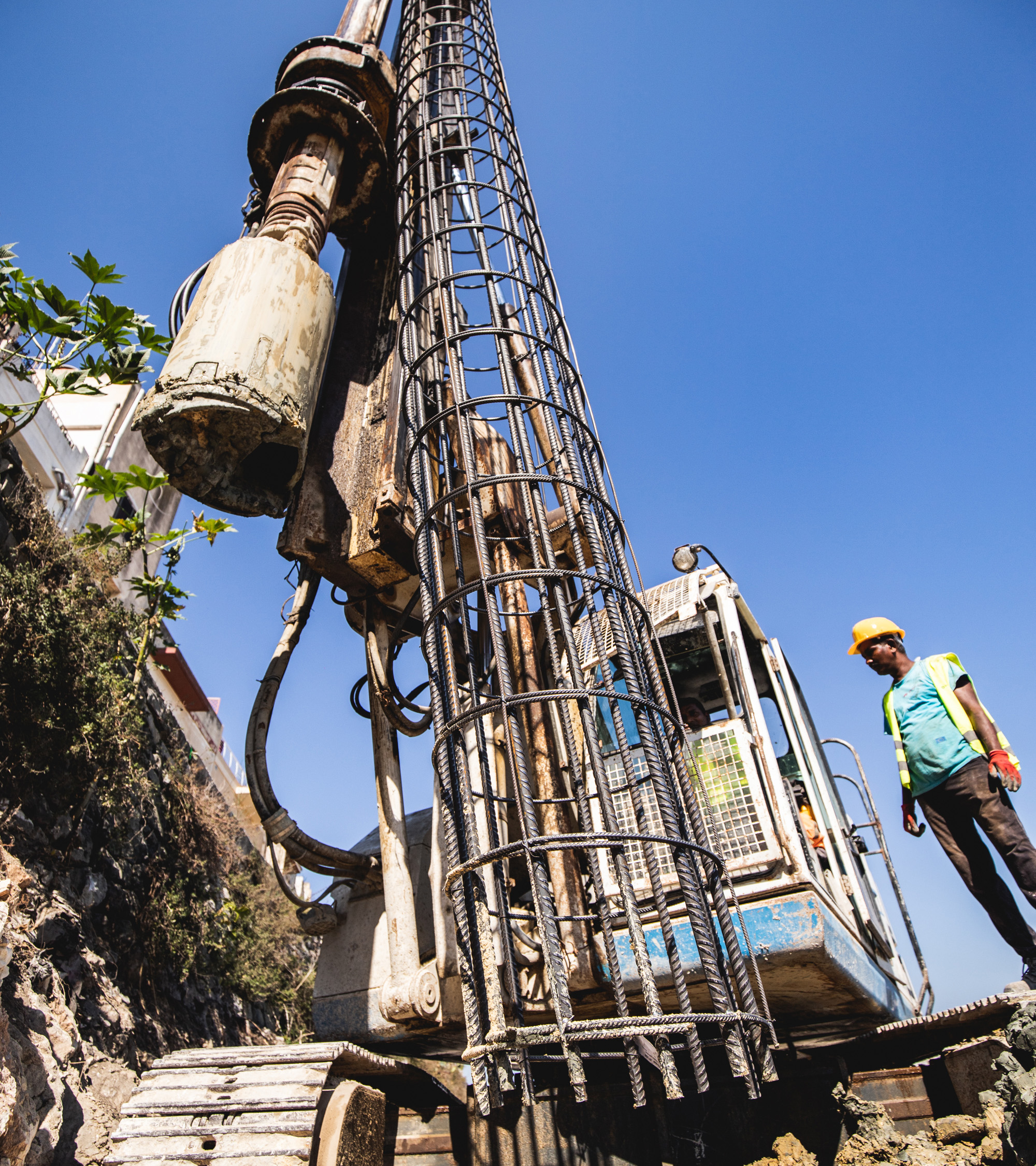